The 2019 ICC World Cup will consist of only 10 teams and currently, both these countries are fighting for the one remaining spot. 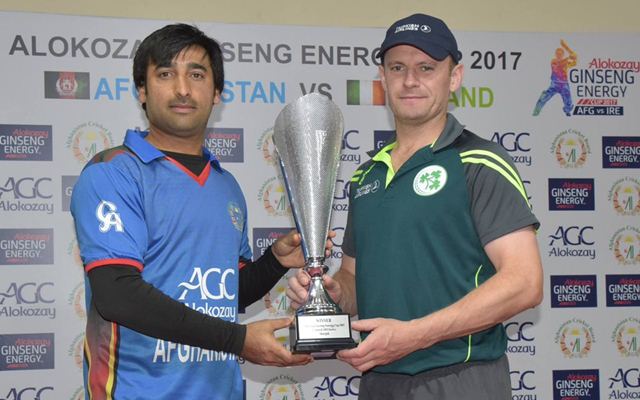 Two associate Nations with a huge fan base, Ireland and Afghanistan never fail to impress cricket lovers with their grit and determination. Capable of inflicting big results against Test-playing nations, both these countries have been very impressive over the last 3-4 years. Acknowledging their good performances, ICC finally granted them the Test Status, something which they were looking for a long time.

Sooner rather than later, both these countries will be making its Test debut. That will be one proud moment for players of both countries, who stood strong and firm throughout the course of time. They faced many quandaries and the number of joyous occasions was minimal, yet, what they achieved is really inspirational.

The 2019 ICC World Cup will consist of only 10 teams and currently, both these countries are fighting for the one remaining spot. With the top 8 teams qualifying directly, two other teams enter the tournament through qualifying rounds. Currently, only one spot is available for both these sides and this match will be like a preparatory for the main qualification round.

Toss: Ireland won the toss and elected to bowl first

Touted as the future of Afghanistan, Rashid Khan is already the flag-bearer of his national side. His fans expect him to win every game for the country and to be fair, he didn’t disappoint on many occasions. The leggie has managed to earn a good name for himself through the T20 Leagues and will be looking to bring all his experience to help his national side.

One of the most explosive batsmen across all the associate nations, Paul Stirling backs quite a punch. A very powerful striker blessed with good technique, Stirling is always remembered for his knock against Netherlands in the World Cup 2011. His skipper will be expecting him to tackle the tricky Afghan spinners wisely and help his side post a decent total.

Javed Ahmadi and Noor Ali Zadran will be opening the innings for the hosts. With Rahmat Shah coming in at number three, skipper Stanikzai comes in at number 4, followed by the very experienced all-rounder Mohammad Nabi. Gulbadin Naib, Shafiqullah Shafaq and Rashid Khan will follow in the middle order.

Spinners Rashid Khan, Mujeeb Zadran, and Nabi are the key to Afghanistan’s success. Rashid bowled splendidly in the BPL and Mujeeb, the 16-year-old, ripped apart all the lineups in the recently concluded Under-19 Asia Cup. Amir Hamza and Gulbadin Naib are the extra options for the skipper.

The experienced duo of Paul Stirling and William Porterfield will take charge of the innings. With the veteran Andy Balbirnie coming in at number 3, the likes of Stuart Poynter, Gary Wilson, Kevin O’Brien, and Simi Singh will form the middle order for the Irish.

The Irish attack looks strong with three frontline fast bowlers in Boyd Rankin, Jacob Mulder, and Tim Murtagh. Most of these players have been representing their country for a long time now and have enough experience to perform well in crucial situations. Kevin O’Brien will be one of the chief wicket-takers and the other bowling option is the spinner George Dockrell.

1 – Kevin O’Brien needs one wicket to become the first Irish cricketer to pick up 100 ODI wickets.