Afghanistan are expected to gain an early advantage in the series. 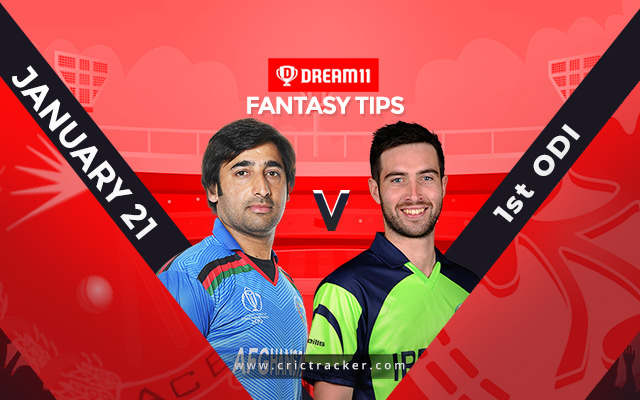 The 1st of the three-match ODI series between Afghanistan and Ireland will be played at Sheikh Zayed Stadium, Abu Dhabi.

Afghanistan will host Ireland in the 1st of the three-match ODI series starting from Wednesday. All the 3 matches will be played at Sheikh Zayed Stadium, Abu Dhabi. Having not played too much of ODI Cricket lately, Afghanistan are back in action after 13 long months. However, they played a practice match against Ireland where they won by 23 runs. That game would have helped them to acclimatize to the conditions. Rashid Khan and Mohammad Nabi are back to national duty after having a successful BBL.

On the other hand, Ireland levelled their previous series 1-1 against UAE which concluded on January 18th. They lost the 1st ODI but came back strongly and won the last game by a huge margin of 112 runs. Prior to that, they had played 3 match ODI series in England and lost the series 1-2, but they take so much of positives from that where they chased 328 runs in the last game of the series. Young sensation Curtis Campher can be an X-factor for Ireland. Both the sides are equally balanced and it will be interesting to see who will come out on top.

It will be partly cloudy in Abu Dhabi and the temperature ranging between 19 to 23 degrees Celsius. The humidity will be 70 percent. There is no chance of rain for this match

The surface here at the Sheikh Zayed Stadium is on the slower side. The batsmen need to be patient and play as long as possible. The slow bowlers will come in handy at any point of the game. It’s a 270-280 kind of wicket and whoever wins the toss should look to bat first and put runs on the board.

Mohammad Nabi is one of the most experienced players in the Afghanistan line-up. His side can rely on him during middle overs and he has the capability to finish the matches with the bat. With his cunning off-break bowling he has picked up 130 wickets.

Rashid Khan, the star player in the Afghanistan side, is a very dangerous spinner and it won’t be easy for the batters to pick him. Coming lower down the order, he can smack the bowlers out of the park.

Afghanistan skipper Asghar Afghan has scored 2356 runs in 105 innings in ODI format, at an average of 24.54 with a strike rate of 66.72. He has scored 12 half-centuries and one century as well.

Paul Stirling scored a brilliant 131* runs from 148 balls against UAE in the first match of the series. The knock comprised of 9 fours and 4 sixes.

Ireland skipper Andy Balbirnie is in decent form. In the last previous series, against UAE he scored 56 runs in 2 matches at an average of 28.

21-year-old All-rounder Curtis Campher has performed really well in the series against England and he carried his form against UAE also, by scoring 80 runs with the bat. He also picked up 2 wickets by not conceding too much of runs. 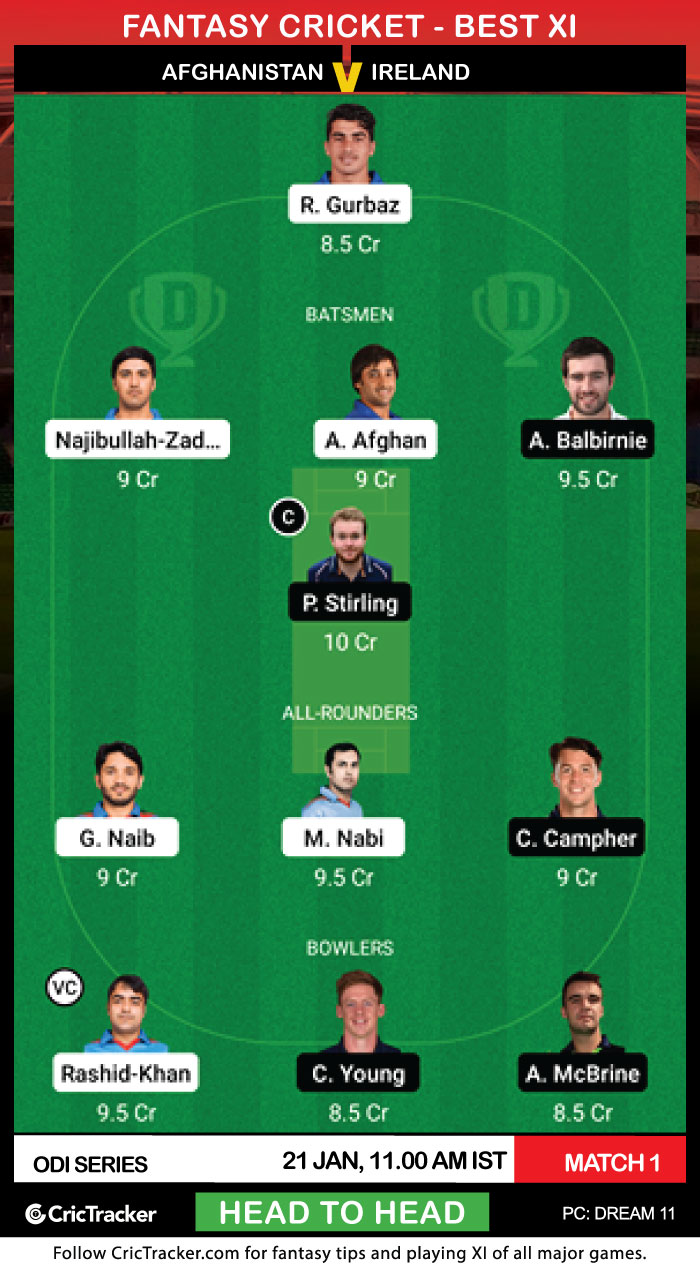 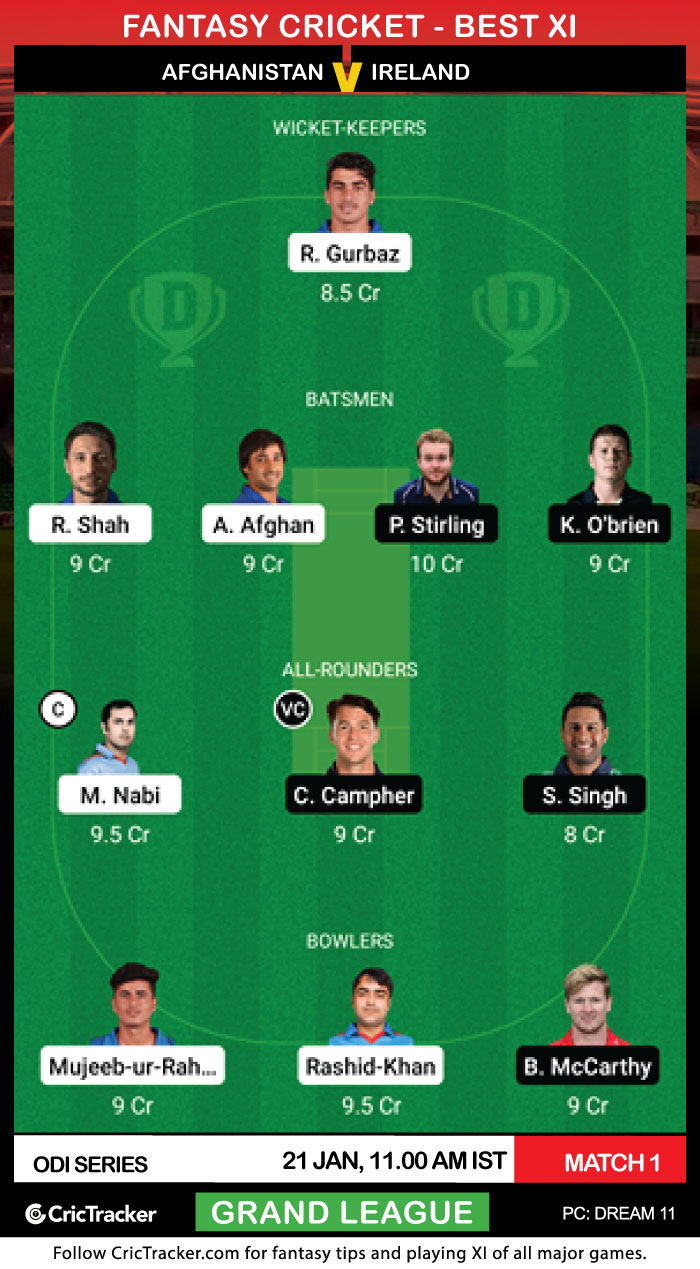 Having played only 5 ODI matches Curtis Campher already averages 69 and has scored 3 half-centuries. With the ball, he has taken 7 wickets at an economy rate of 5 runs per over. He can be a decent vice-captaincy pick for any one of your Dream11 Fantasy teams.