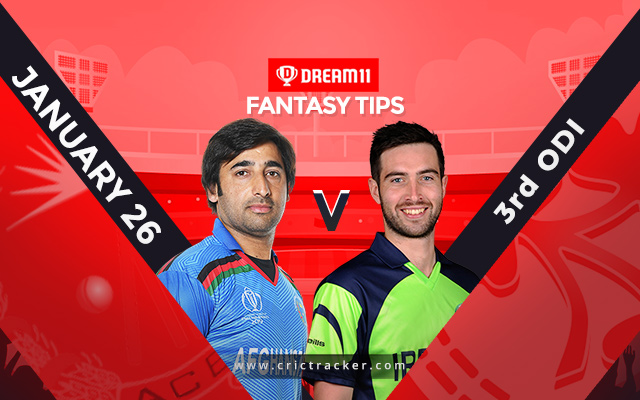 The 3rd ODI series between Afghanistan and Ireland will be played at the Sheikh Zayed Stadium, Abu Dhabi.

Given the renowned names they have got in their team and Ireland’s shaky form before coming into this series, an Afghanistan series win was always on the cards. Ireland have had some good individual performances, but it just hasn’t clicked for them cohesively.

Understandably so, the Afghans have taken an unassailable 2-0 lead in the series. While the series is sealed, the importance of this game is not reduced one bit. This game is a part of the ICC Super League, where Afghanistan will try to earn as many points as possible to get a direct entry in ICC Cricket World Cup 2023. Ireland, on the other hand, will be desperate to avoid a whitewash.

The pitch here at the Sheikh Zayed Stadium is a balanced one, with perhaps a bit more purchase for the batsmen than their bowling counterparts. Anything north of 260 should be a good score here.

Naveen-ul-Haq is currently the leading wicket-taker of the series. He has scalped 7 wickets and has also maintained and an economy rate of under 6 runs per over.

Rashid Khan has not only earned points with his mystery spin, but the superstar has been handy with the bat as well. He has scalped 5 wickets and has scored 55 runs.

As for Afghanistan’s batting department, Rahmanullah Gurbaz has been the best performer. He has scored 158 runs at an astonishing average of nearly 80.

For Ireland, Paul Stirling has been the best performer with the bat. He has scored 167 runs at an average of over 80.

Besides Stirling, Lorcan Tucker has also done a fantastic job with the bat for Ireland. He has scored 100 runs at an average of 50.

As far as Ireland’s bowling unit is concerned, Andy McBrine has been the most consistent performer. He has scalped 5 wickets and has a great economy rate of under 4 runs per over. 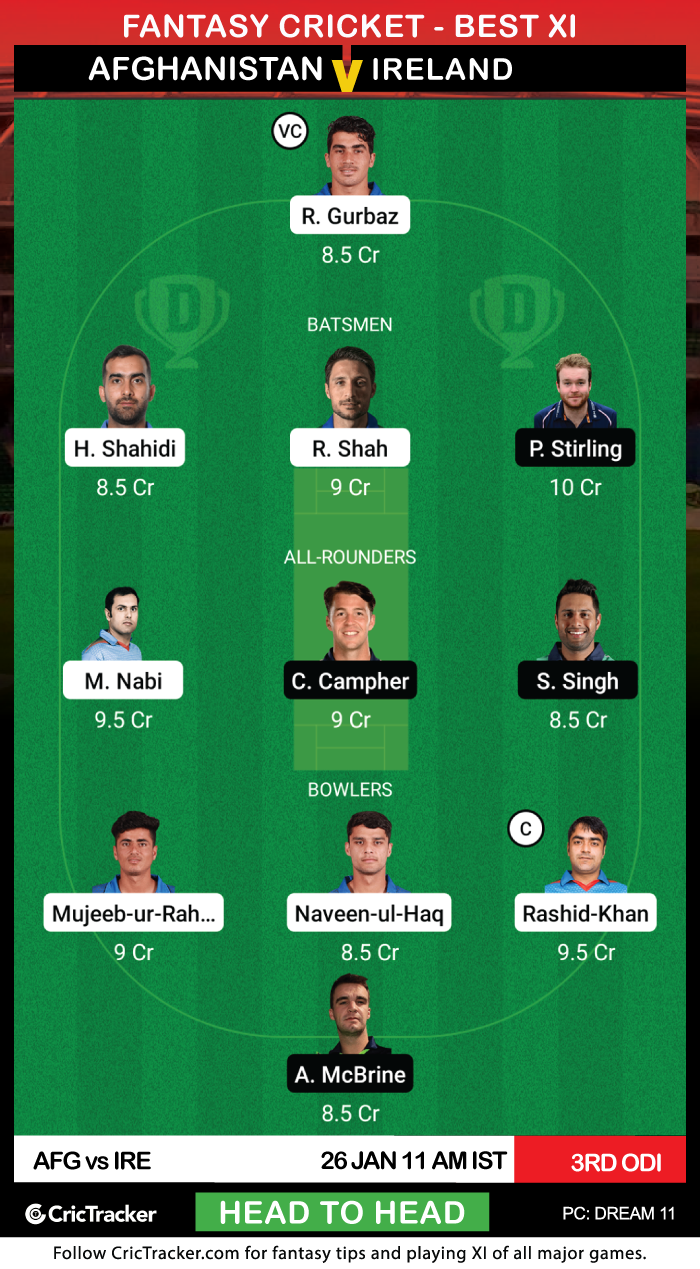 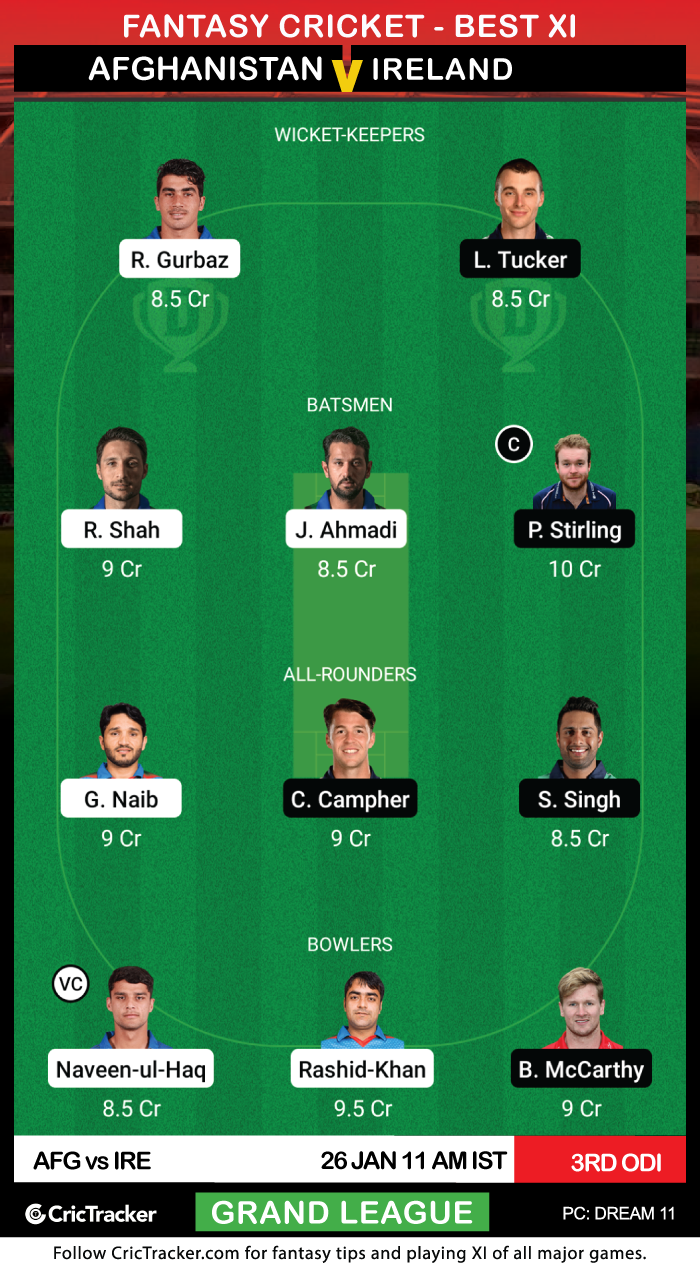 Simi Singh can be a great budget pick at 8.5 Cr. The Irish all-rounder has scored 36 runs and has also picked a couple of wickets.