It is advisable to pick Karim Janat in both of your Dream11 Fantasy teams. 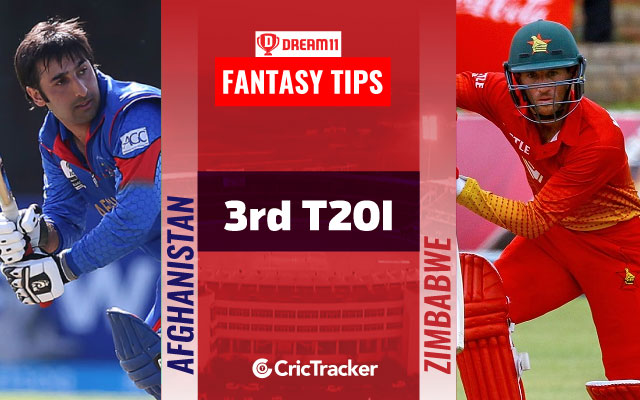 The match will start at 3:30 PM IST. It will be streamed live on Fancode.

In the ongoing three-match T20I series between Afghanistan and Zimbabwe, the Afghans have already clinched the series and will now be looking for a clean sweep. Zimbabwe, on the other hand, will be looking to win the last encounter and end the series on a high.

In the second T20, Afghanistan won the toss and elected to bat first and posted a mammoth total of 193/5 after 20 overs. Usman Ghani played a brilliant knock of 49 off 34 balls and Mohammad Nabi played a handy knock of 40 off just 15 balls, which took Afghanistan to a good total.

Zimbabwe struggled with the bat and managed only 148 runs in 17.2 overs. Ryan Burl was the only decent performer with the bat for Zimbabwe.  Rashid Khan picked up 3 wickets and Mohammad Nabi picked up 2 wickets, which dented Zimbabwe batting line up an denied them a victory.

A sunny day is expected in Abu Dhabi and the conditions will be perfect for the game. The humidity level is on the higher side around 64% so it might tempt the captain winning the toss to bat first, so that their team does not get exhausted early while fielding.

The wicket is very good for batting. One can expect scores of around 180 on this surface. The spinners will get some assistance from the surface throughout the game. However, in the second innings, the ball grips more, making it difficult to chase totals.

Rashid Khan has proved his worth once again this series. The spinner has picked up six wickets in two games with an average of 9.66.

Mohammad Nabi is also an outstanding player who can contribute with the bat and ball. In the previous game, he played an effective knock of 40 off 15 balls and also picked up two wickets.

Rahmanullah Gurbaz has been in scintillating form with the bat for Afghanistan. He has scored 96 runs in two games at an average of 48, with the highest score of 87 in the opening game.

Blessing Muzarabani has arguably been Zimbabwe’s best bowler with four wickets to his name in two matches. His is the second-highest wicket-taker in the series thus far.

Karim Janat has proved to be an effective all-rounder for Afghanistan. He has scored 79 runs in two games at a strike rate of 131.66 and also has picked up 3 wickets with an economy of 5.72 runs per over. 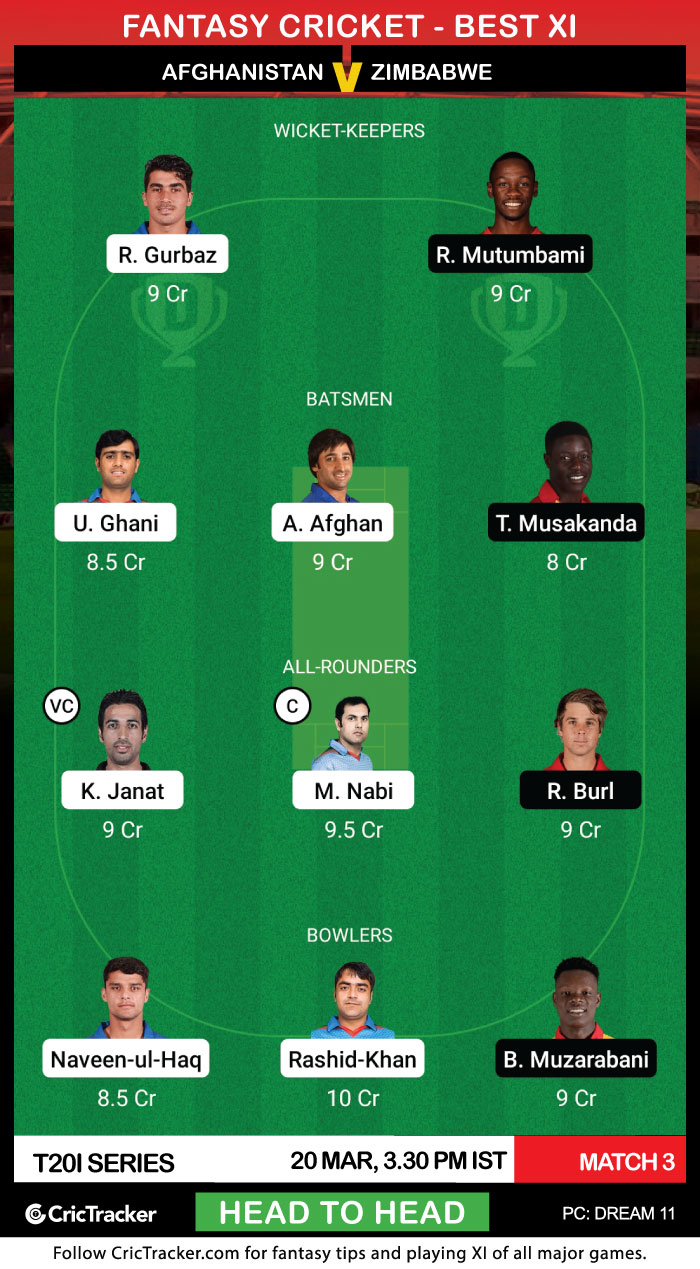 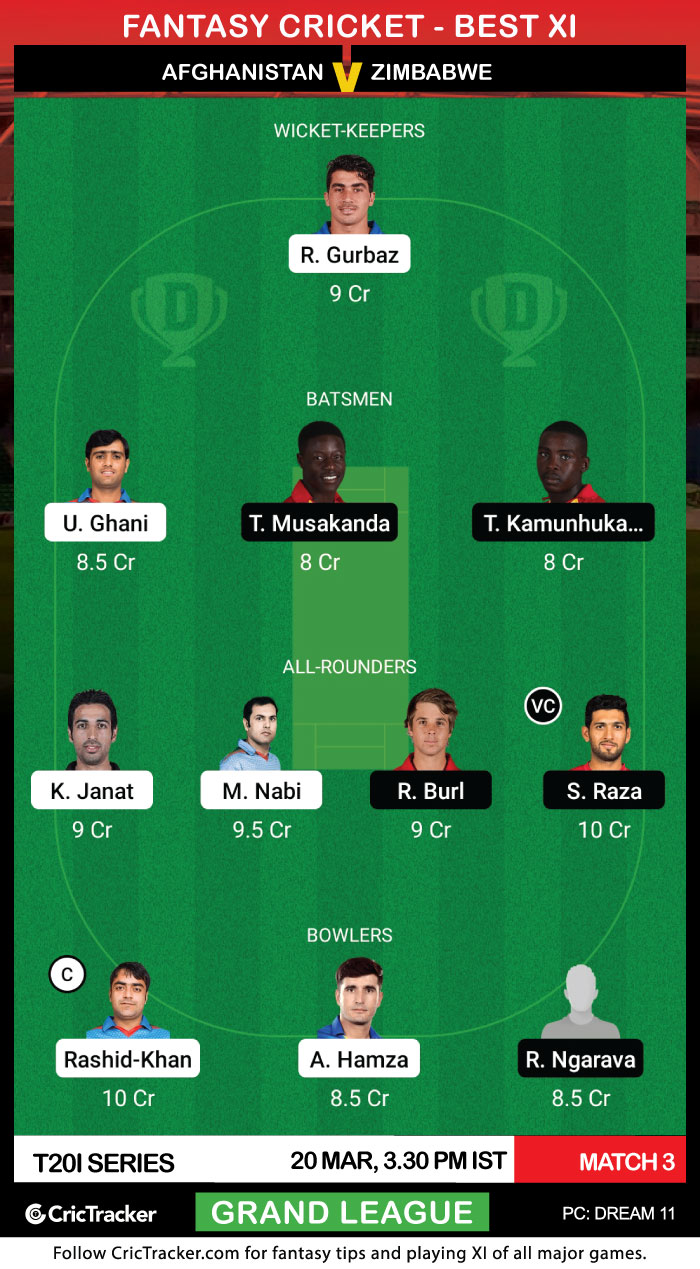 It is advisable to pick Karim Janat in both of your Dream11 Fantasy teams as he has been in a great run of form. He has scored at a handy strike rate of 131.66 in the middle-overs and also picked up three wickets in two games.

Afghanistan are expected to win this match

Disclaimer: This team is based on the understanding, analysis, and instinct of the author. While selecting our team, consider the points mentioned and make your own decision.