The 2nd Semi-Final of the Afghan One-Day Cup 2020 is all set to play between Nangarhar Province and Kabul Province at the Mis Ainak Cricket Stadium in Khost.

The Nangarhar Province finished on the top of the Group B table with 2 wins from 3 matches. Thus, they have qualified to make it to the second semi-final of the tournament. Their opposition, Kabul Province, finished second in Group A by winning the same number of games in three matches.

Without any doubt it’s going to be a tough game for both the teams. There are quality players in both the sides and it is all about holding their nerve. It will be interesting to see who gets the better of whom.

The weather in Khost for tomorrow’s game is not looking good as there are high chances of rain interrupting the game. The humidity levels be around 78 per cent, with the temperature hovering around 28 Degrees Celsius mark.

The track at Mis Ainak Cricket Stadium has helped bowlers and they have often controlled the game. Chasing 230 or more will be a tough task on this track.

T20 World Cup 2022: Here's how India and Pakistan fared in their last meeting at MCG

'We are ready' - Mohammad Kaif jokes about being available for IPL 2022, KKR responds

Bahir Shah the leading run-scorer of the tournament has amassed 244 runs that he played at an average of around 82 including a century and 2 half-centuries to his name. Tariq Stanikzai will be the other batsmen who contributed well with the bat. Batin Shah has taken 9 wickets with the best of 5 for 11. Abdullah Adil has also picked up 7 wickets for his team.

Darwish Rasooli is the leading run-getter for Kabul as he scored 98 runs. Abdul Rehman has picked up 8 wickets for his team and has the best bowling figure of 4 for 37. 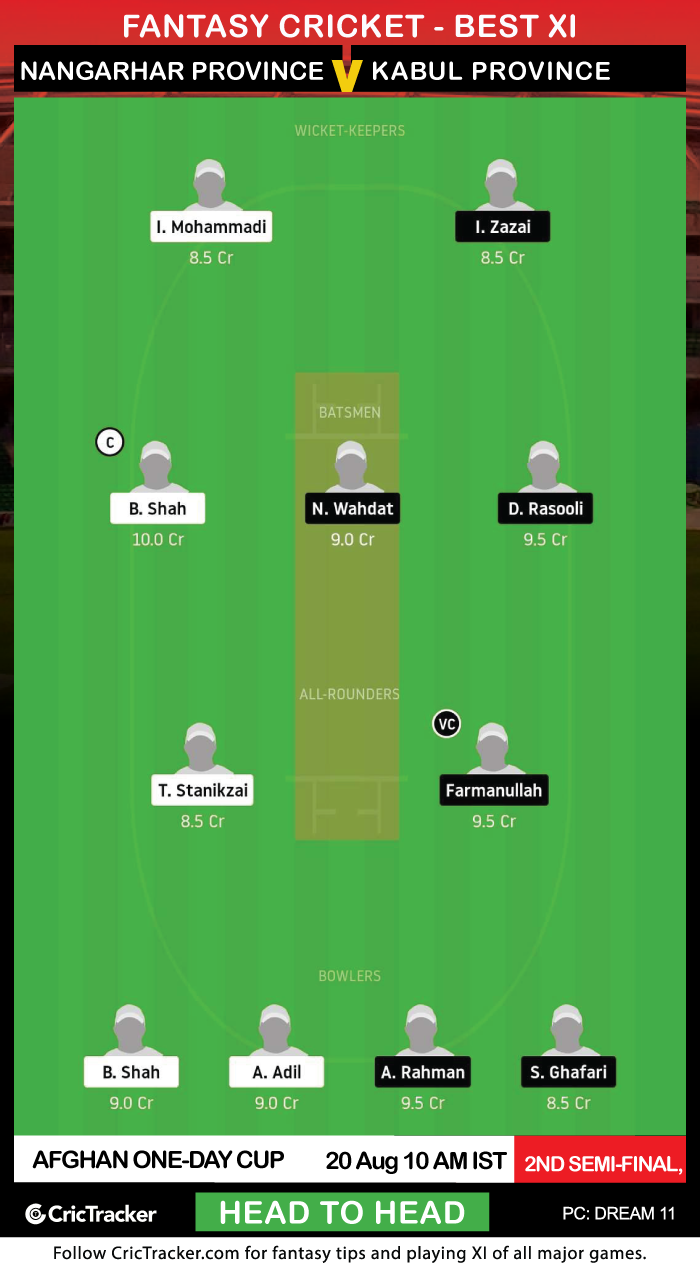 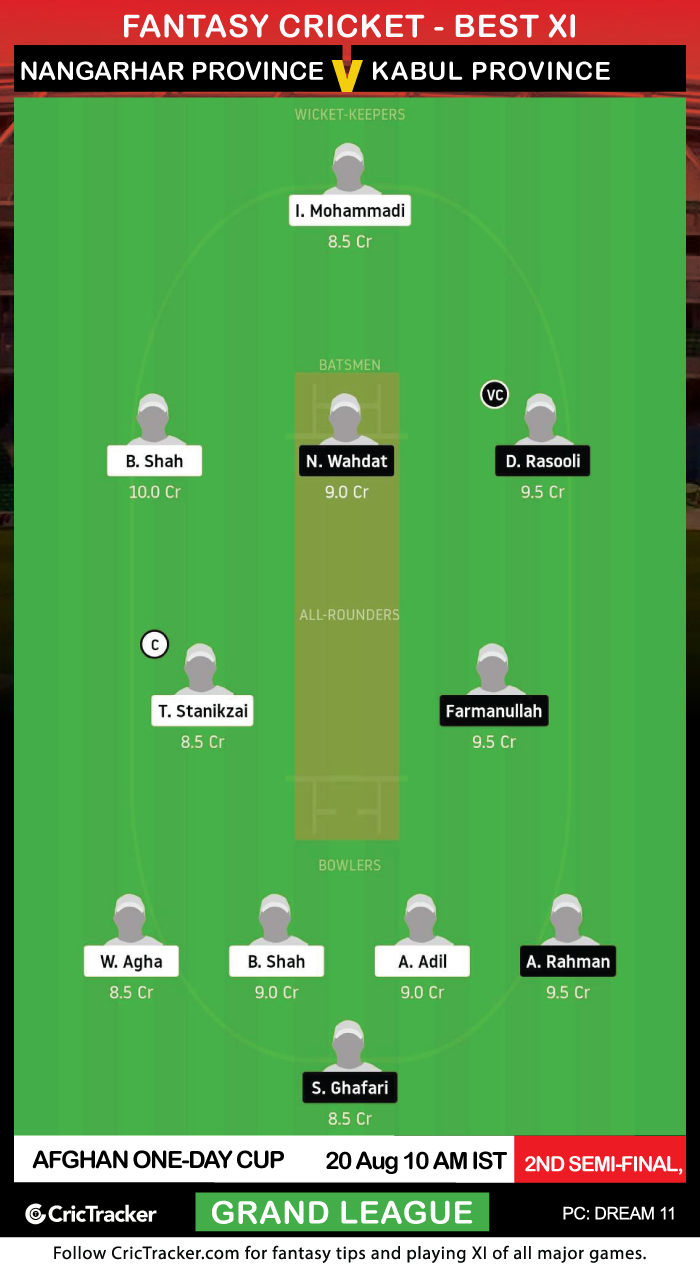 Wali Agha picked up a five-for in this league. He seems to be in good form and is a great option for your team.

You can select bowlers as the multipliers as they have done well and this tournament has been dominated by the bowlers.