Darwish Rasooli is a proven performer in the domestic circuit. It is better not to take a risk by having him as one of the multiplier in both the teams.

The first match of the Afghan One-Day Cup 2020 will be played between Kabul Province and Balkh Province at the Mis Ainak Cricket ground.

Kabul Province had a decent season last year. However, the team couldn’t make it into the knockouts and will look to get through this time. Balkh Province, on the other hand, failed to win even a single game and the team has got some work to do.

The skies will be partly cloudy on Thursday morning. As per the forecast, the conditions seem great for a game of cricket.

Early on in the tournament, the bowlers could get some assistance from the pitch but it should get better for batting as the tournament progresses.

Darwish Rasooli is a top pick for this game. He has scored 495 runs in 13 games of the tournament at an average of 50. Samiullah Salarzai has picked up 15 wickets in his last 5 FC games and will be a decent pick. 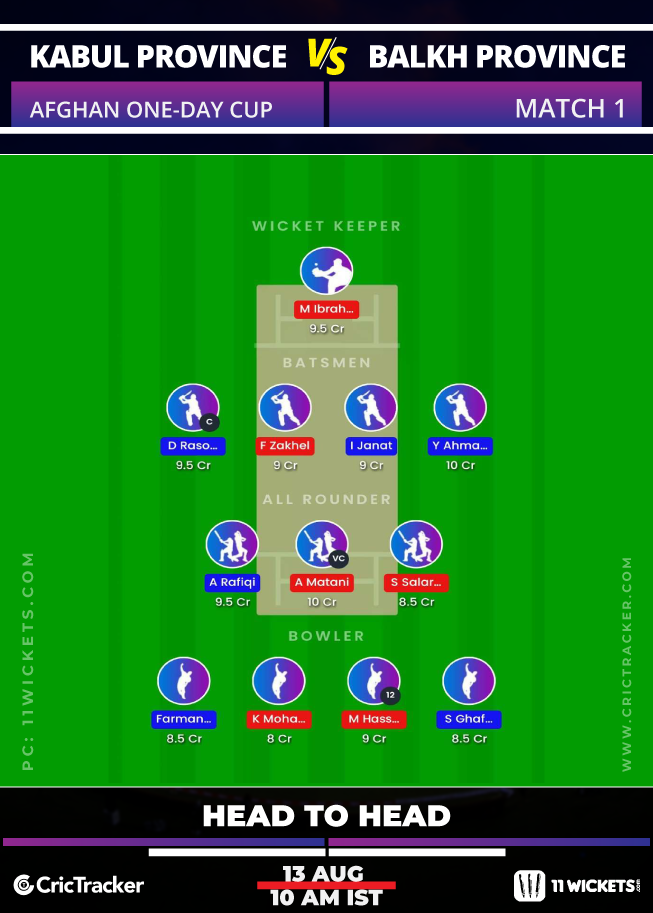 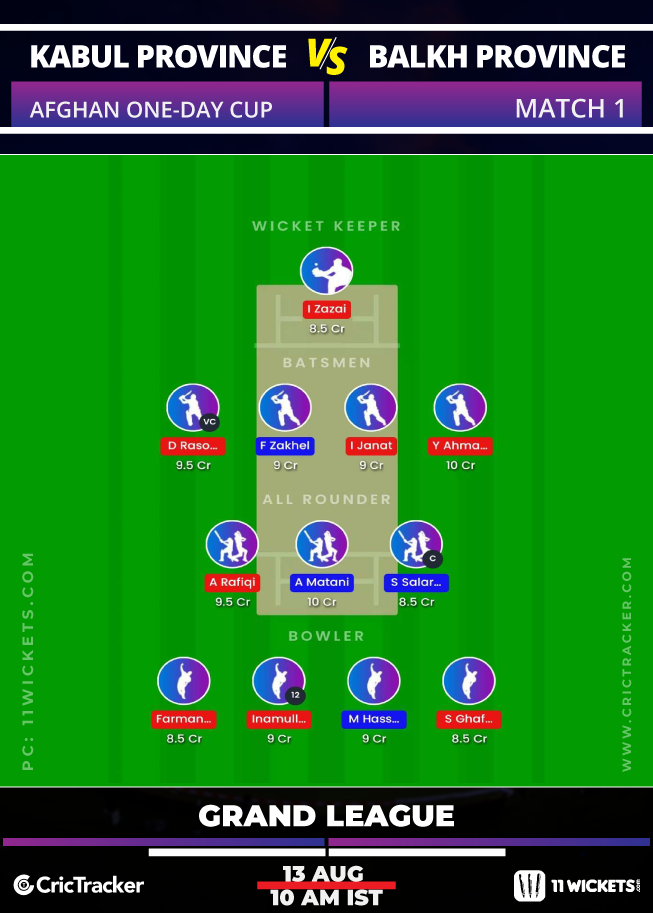 Darwish Rasooli is a proven performer in the domestic circuit. It is better not to take a risk by having him as one of the multiplier in both the teams.