The first match of the Afghan One-Day Cup 2020 will be played between Kabul Province and Balkh Province at the Mis Ainak Cricket ground.

The opening match of the tournament promises to be a close encounter as both the teams will look to get off on a flying start. Kabul Province had a decent season last time around but will look to make it to the playoffs this time. Balkh Province, in particular, had a disastrous season as they lost all 4 of their games. They will look to better that record.

The weather in Khost for tomorrow’s game looks conducive enough to sport a full game. There will be a bit of cloud cover, but the chances of rain are minimal. The temperatures will hover around the early 30s.

There is not much information available on the expected pitch behaviour as it is the first match of the season. But initially, in the tournament, the pitches might tend to favour the bowlers.

Darwish Rasooli is one of the brighter prospects in the game. He has been among the runs on a consistent basis in the domestic circuit and will be expected to carry on his form. In 13 games so far in List-A cricket, he scored 495 runs at an average of 50.

Farhan Zakhel of Balkh Province will be an important pick for this game as he scored 91* in an important U-19 WC game against Australia. In this tournament, he scored 43 runs in the two games that he played.

Mohammad Ibrahim as the keeper will be a good choice. He has had a good run in the tournament last year.

Shafiqullah Garfari has been decent with the ball for Kabul Province in the past and he is expected to deliver once again. He has even scored 332 runs with the bat.

Samiullah Salarzai has picked up 15 wickets in his last 5 FC games and will be a decent pick. 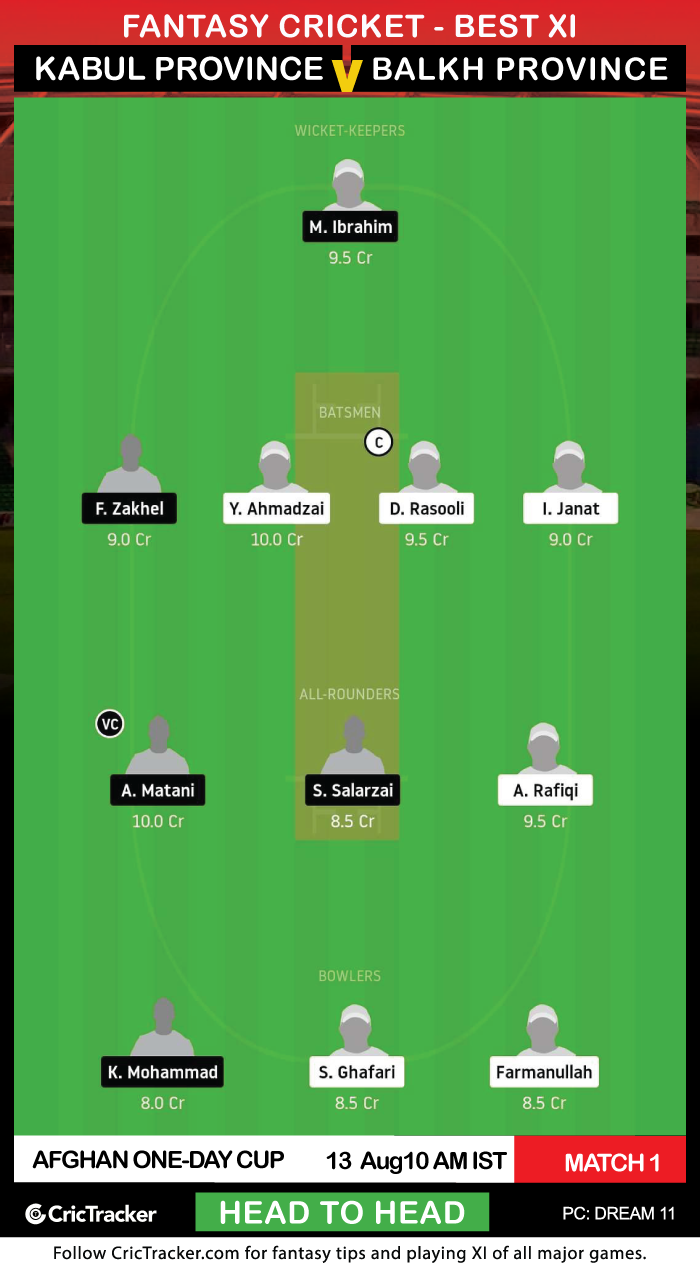 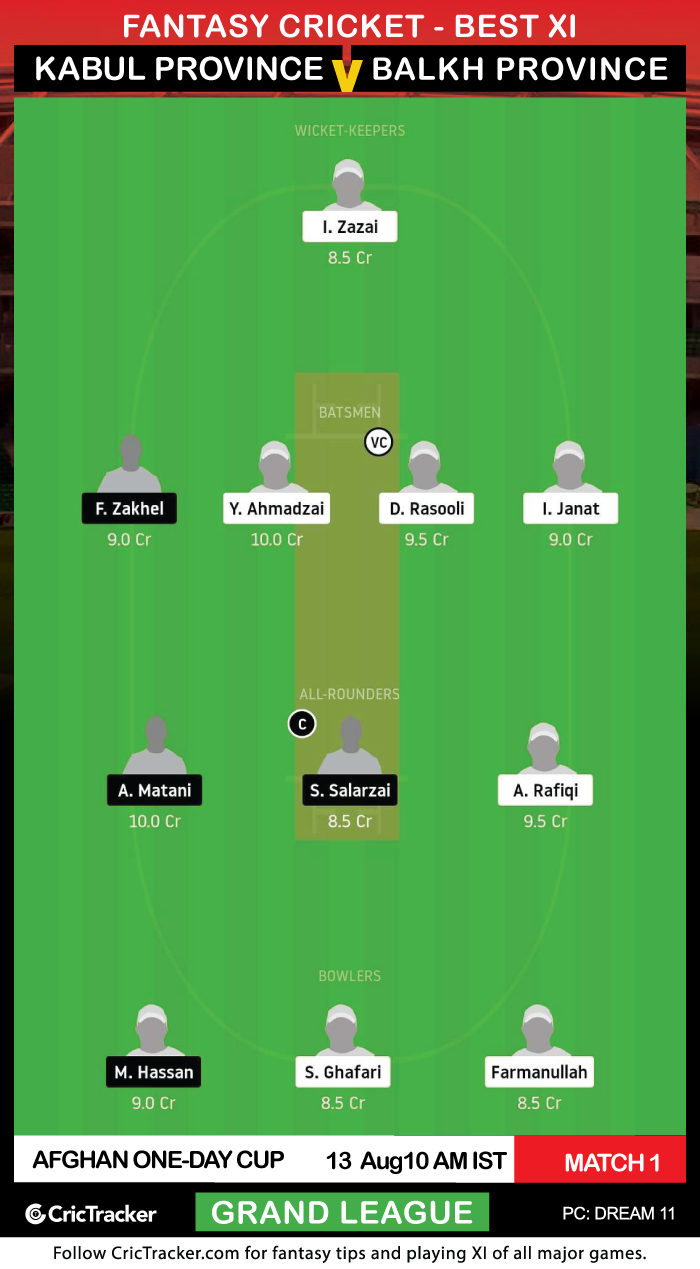 The teams have been picked up using stats from the previous editions of the tournaments. Since it is the first game, look out for the Playing XIs after the toss.