As this is the first game of the tournament, it is better not to take many risks. Maintain the diversity between your two Fantasy teams.

The second match of the Afghan One-Day Cup will be played between Khost Province and Helmand province at the Khost Cricket ground.

Two games will be played on the opening day of the Afghan One-Day Cup. Both these matches are scheduled to start at 10 AM IST and this game between the Khost Province and Helmand Province will be played at the Khost Cricket Ground. These two teams will look to make early inroads in the tournament and get off to a positive start. Khost Province did well in the last edition of the tournament when they sailed through to the semis. This time, they will try to go one step further. Helmand Province, playing for the first time, will like to make an impact.

The weather at the venue, as per the forecast, should be great for a game of cricket. The temperatures hover around 30 degrees Celsius and the players will enjoy playing in such conditions.

Bowlers might get some advantage early on. Once they settle in, the batsmen can make the most of it.

Had we not bowled no-balls, we would have been chasing 200: MS Dhoni

Shahid Kamal should be a great pick. The batsman has got six centuries in 21 FC games. Also, Qudratullah, with a high score of 67 in five first-class games, in one of the better wicket-keeping options for this match. 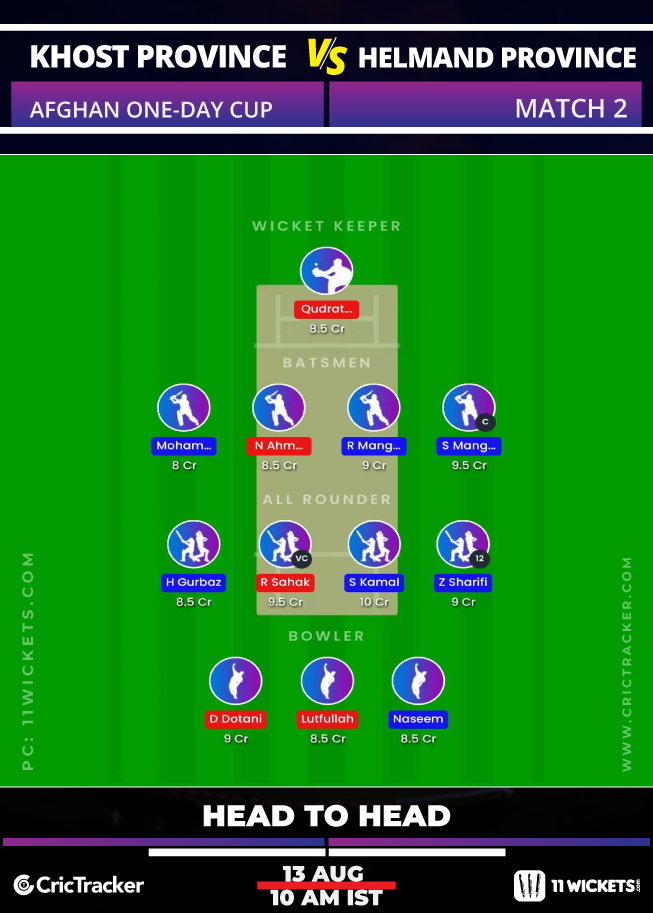 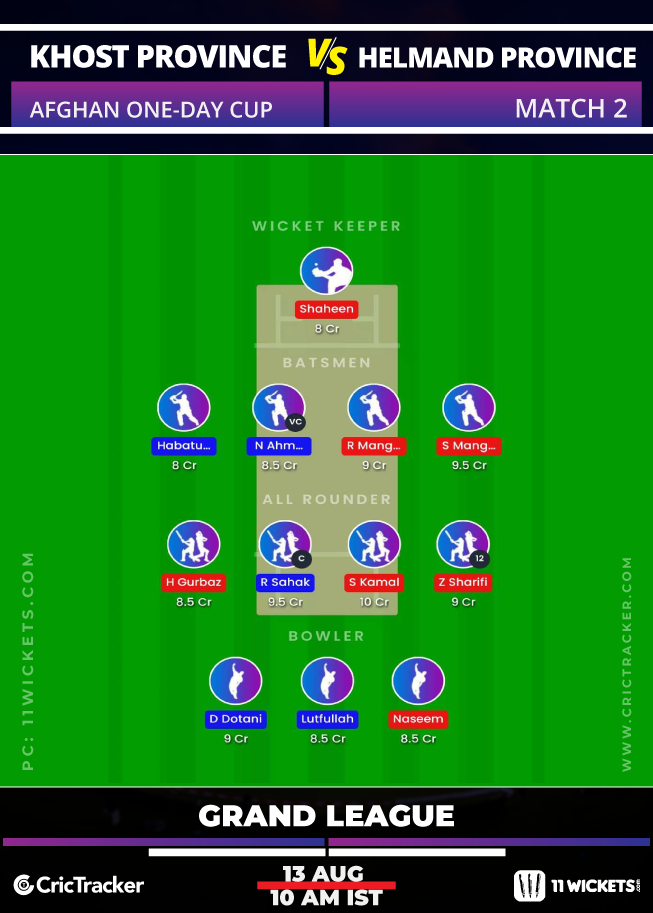 As this is the first game of the tournament, it is better not to take many risks. Maintain the diversity between your two Fantasy teams.

Khost Province is predicted to win this game.