Khost Province is predicted to win this game.

The second match of the Afghan One-Day Cup will be played between Khost Province and Helmand province at the Khost Cricket ground.

However, Khost Province will look to continue from where they left off last time. They made it to the semis in the previous edition of the tournament and will look to go the further distance this time around. Helmand will be featuring in their first season and will look to make it big.

The weather in Khost is said to be conducive for this game. There is expected to be minimal cloud cover with fewer chances of rain. The temperatures will be hovering around the early 30s.

Generally in the first few games of a tournament, pitches tend to assist the bowlers. Conditions are expected to get better for batting as the tournament progresses.

The likes of Qudratullah, Rahim Sahak, Dastgir Dotani, and Nazir Ahmad are a must in your fantasy team.

Rahim Sahak and Dastgir Dotani are safe bets. The former has proved to be a handy batsman and a decent bowler with a top score of 151 and 8 wickets in 5 FC games. The latter is the captain of Helmand Province and is a good bowler.

Qudratullah can be a good option for the wicket-keeping slot. He has got a high score of 67 in 5 FC games and is the better of the keepers involved in the game.

Shahid Kamal is also a good pick and has got 6 centuries in 21 FC games while Rahim Mangal has got 2 centuries in 30 domestic games across formats. He also has 28 scalps to his name in the domestic circuit. 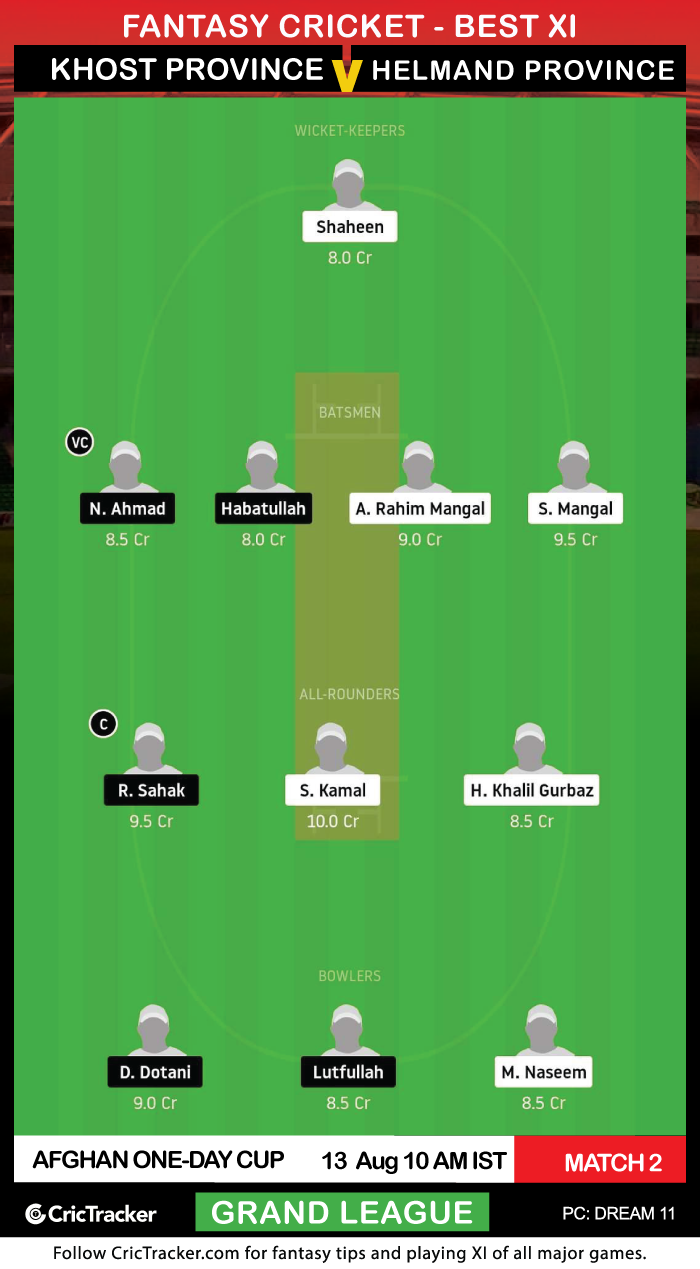 These teams have been given based on the stats from the earlier seasons and considering the form of the players in recent times. It is better to watch out for the Playing XIs after the toss as this is the first game of the tournament.

Khost Province will start out as strong favourites in this clash and are expected to win the game.