Afghanistan has named a 21-man squad for the series and will make a lot of experiment during the series.

Afghanistan and Ireland will be facing off in the first of the five-match series on Thursday in Dehradun. The visitors lost all the three T20Is and will be hoping to fare better in the fifty-over format. These matches are more important for Afghanistan in the lead up to the World Cup and they will definitely look to settle down with a 15-man group by the time the series ends.

William Porterfield and a few format specialists have joined the team for this series for Ireland which must have boosted the team. Tim Murtagh’s presence also makes the bowling look a bit strong. On the other hand, Afghanistan’s batting look good while their bowling attack is bolstered with the presence of Shapoor and Dawlat Zadran.

The first game of the 5-match ODI series between Afghanistan and Ireland will be hosted by the Rajiv Gandhi International Cricket Stadium in Dehradun, Uttarakhand.

The game will be live on DSport in India. 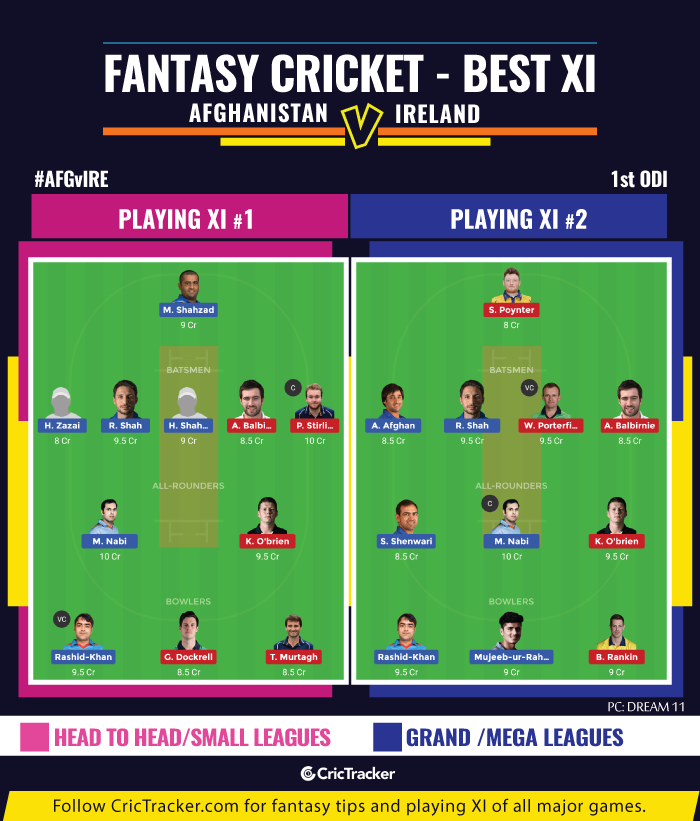 With 21 players in their squad, Afghanistan are expected to make a lot of experiments in this series ahead of the World Cup. It will be ideal to pick players from Afghanistan squad only after completion of the toss.

Mohammad Shahzad, Rahmat Shah, Hashmatullah Shahidi, Mohammad Nabi, Rashid Khan, Dawlat Zadran and Mujeeb Ur Rahman are the ones who usually perform consistently for Afghanistan in this format.

Afghanistan are expected to take an early lead in the series.