Auckland Hearts are expected to win this match.

The 9th match of the Women’s Super Smash T20 will be played between Auckland Hearts and Canterbury Magicians at Eden Park Outer Oval, Auckland.

Auckland Hearts will go one on one against Canterbury Magicians on Sunday. Having lost their opening fixture against Wellington Blaze, Auckland have pulled off two back to back victories which made them sit at the 3rd spot in the table with 8 points. In their previous match, they won by 8 runs against Central Hinds. The team is fully packed with match-winners like Anna Peterson, Lauren Down, and Arlene Kelly. A win against Canterbury Magicians will make them move up in the points table.

On the other hand, Canterbury Magicians have played only one game in this tournament so far and won the game convincingly by 8 wickets against Otago Sparks. They are currently placed 4th in the standings with 4 points. Lea Tahuhu, Gabby Sullivan are the bowlers to watch out for Canterbury Magicians. The team has also got talented batters like Amy Satterthwaite and Natalie Cox who have the ability to win matches. Both the teams have won their previous games it will be interesting who will come on top on Sunday.

The temperature will be around 21 degrees Celsius and the humidity will be 82 percent. There is an 80 percent chance of precipitation is expected during the course of the match.

Due to slowness in the surface huge scores are hard to come by. It gets even slower in the second half of the match. Anything above 145 is a good score on this wicket and it’s a defendable score also. Batting first is a good option after winning the toss.

Anna Peterson has scored more runs for Auckland Hearts so far this tournament, scoring 109 runs in 3 matches at an average of 36.33 at a strike rate of 147.29. She even picked up one wicket at an economy of 6.25.

Auckland Hearts skipper Lauren Down managed to score 81 runs in 3 matches at an average of 40.5 with a strike rate of 88.04.

Arlene Kelly has picked 7 wickets in just 3 matches at an economy of 6.55 with the best figures of 4 for 28.

Amy Satterthwaite, in the run-chase against Otago Sparks, remained unbeaten on 56 from just 40 balls, the knock included 9 fours. 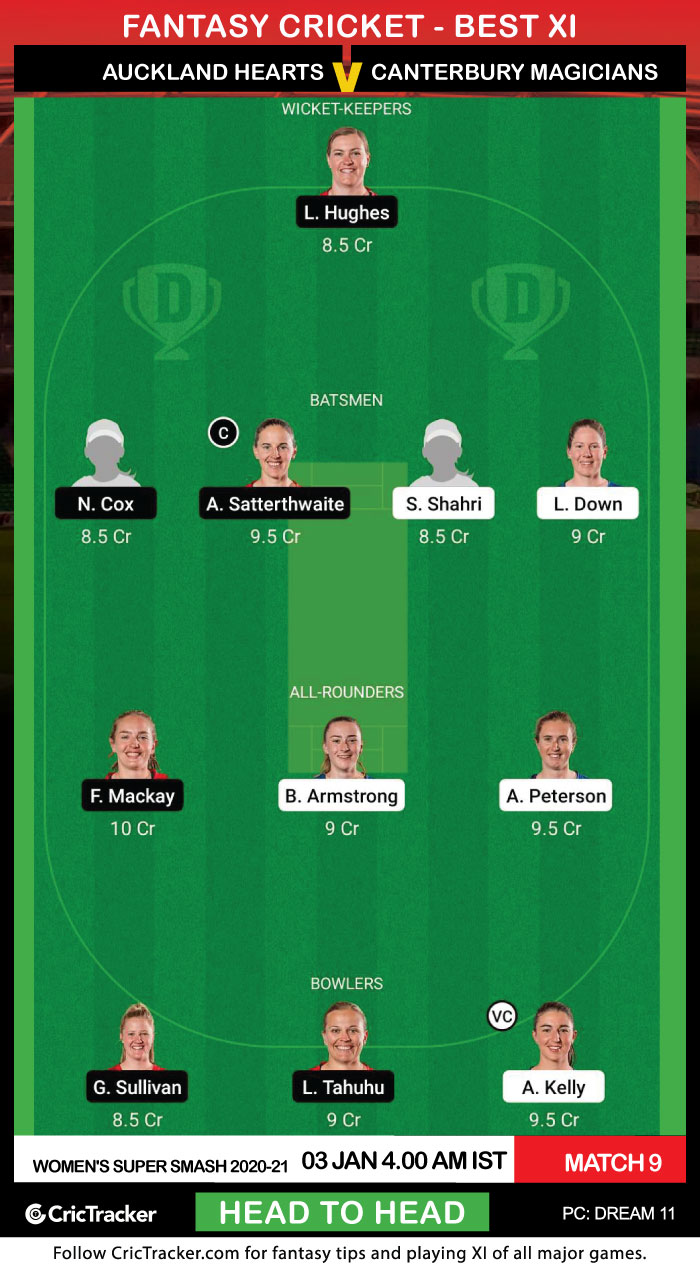 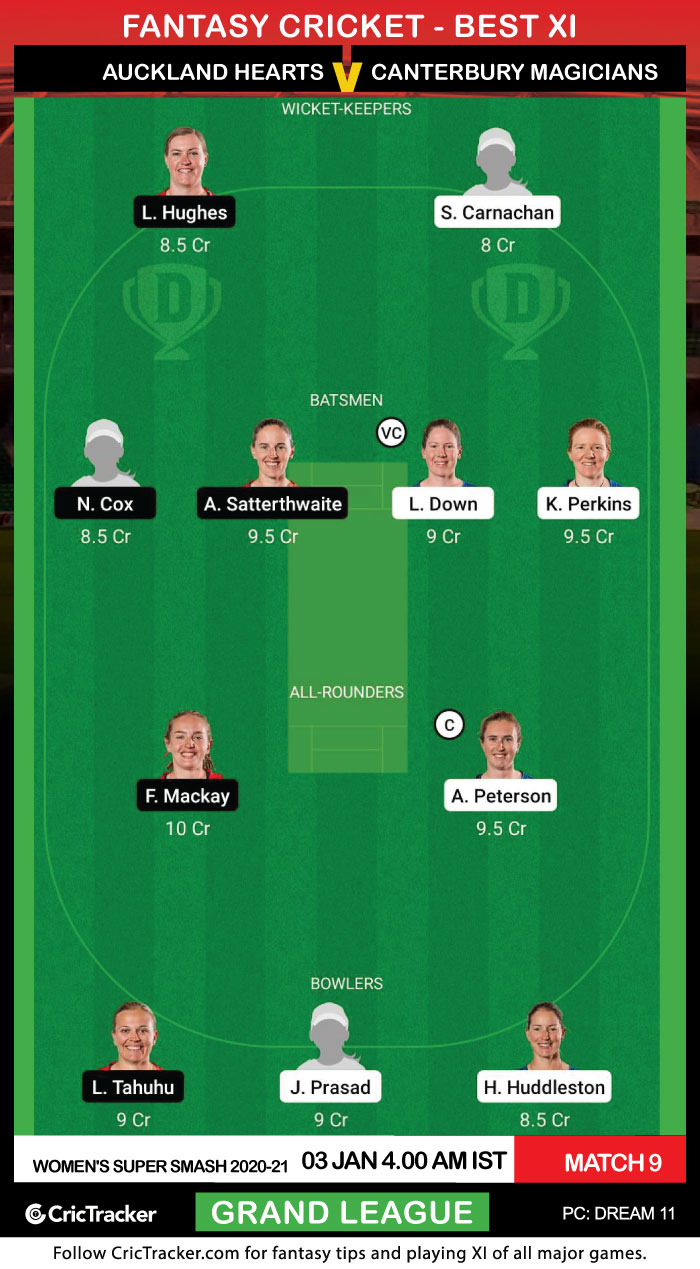 Anna Peterson is second in the list of most runs scorer so far in this competition and she can be handy with the ball as well. She must be included in your Dream11 fantasy team and can lead the side also.

Auckland Hearts are expected to win this match.