Fujairah are expected to end their league phase journey with 10 consecutive wins by beating Ajman.

The 30th match of the Emirates D20 2020 will see Fujairah taking on Ajman at the ICC Academy, Dubai.

The four semi-finalists of the 2020 edition of Emirates D20 is already confirmed. Hence, not much will be at stake when Ajman will take on Fujairah in the last game of Tuesday. With that being said, both teams will still have their agendas going into this game and would want nothing less than a victory.

Ajman have failed to qualify for the semis, having won only 1 of their 8 games. On the contrary, Fujairah have been absolutely ruthless and have secured 9 wins. Ajman will be looking to end their campaign on a winning note and become the only team to have defeated Fujairah in the league phase. Fujairah, on the other hand, might give some stars a much-needed rest and field a few fresh faces.

As it has always been in this competition, the weather will be favourable for cricket. The temperature will be around 22 °C, with 10% chances of rainfall.

The track at Dubai is a fairly balanced one, but we have seen it getting slower in the last few games. A score around 150 should be challenging.

Australia vs India: David Warner unlikely to be fit for Boxing Day Test

Waseem Muhammad is a big reason behind Fujairah’s dominance in this competition. He has been immensely influential with the bat, having scored 427 runs at an average over 60 and a strike rate of over 140.

Usman Khan has provided him with praiseworthy support in the batting unit. He has amassed 317 runs at an impressive average of over 45 and a strike rate of nearly 140.

The experienced campaigner Rohan Mustafa has been a consistent performer with both the ball and the bat. He has picked up 8 wickets and has also scored 270 runs.

Rameez Shahzad is Ajman’s best performer with the bat. He has scored 238 runs at an average of nearly 35. Shahzad can be handy with the ball as well and has 4 wickets to show for.

Australia vs India: Rohit Sharma quarantining in a two-bedroom apartment in Sydney 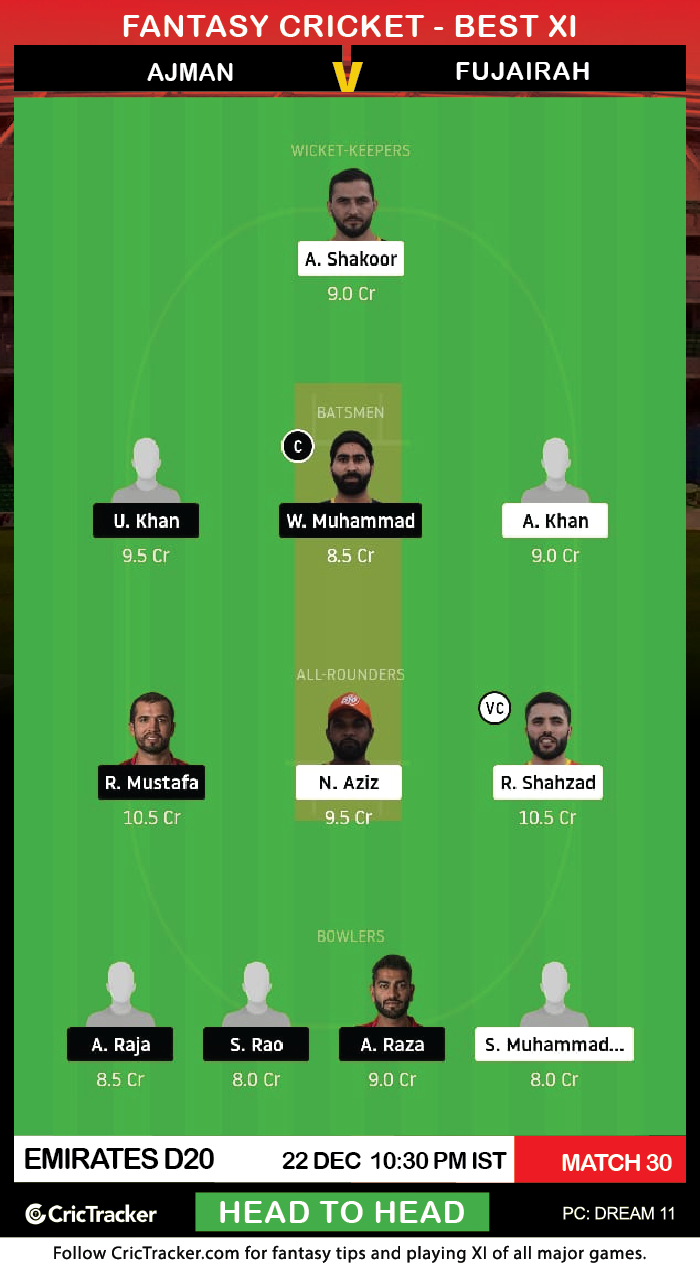 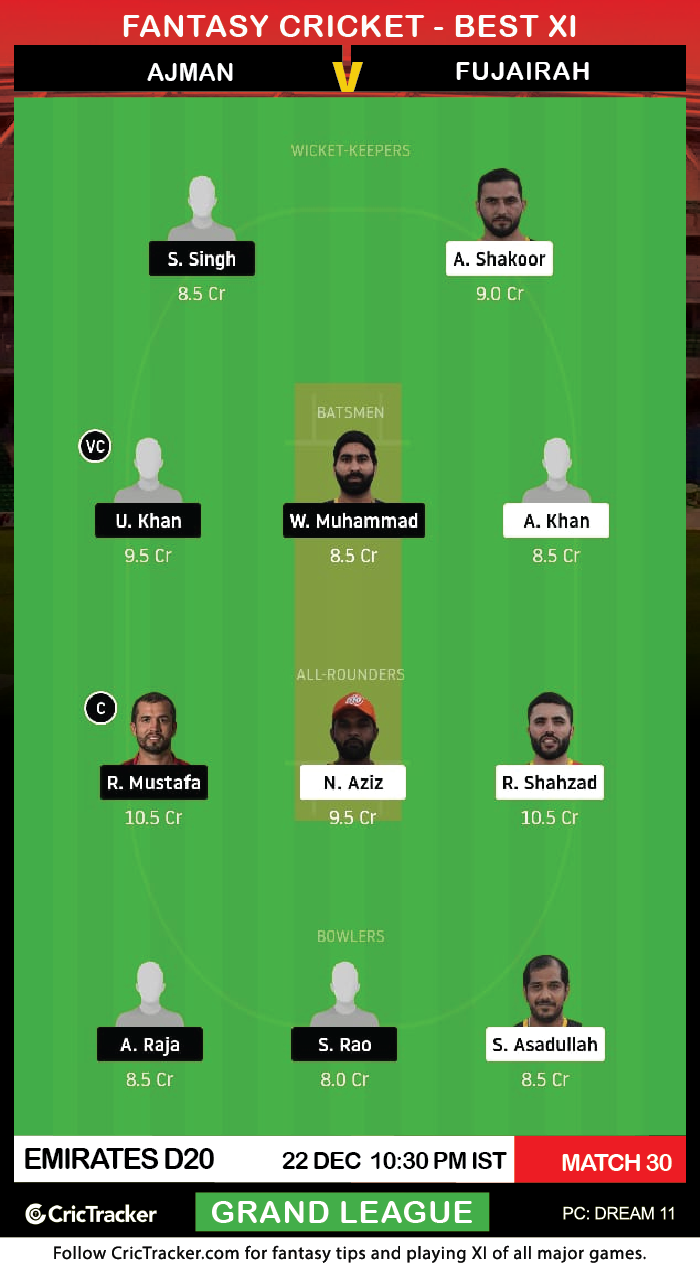 Sabir Rao has been Fujairah’s standout performer with the ball. He has picked up 14 wickets and has also maintained a commendable economy rate of just over 7 runs per over. Rao should get a place in both of your Dream11 Fantasy teams.