Will the Knights be able to sign off on a high?

The Balkh Legends and Kandahar Knights will clash in their last league game of the ongoing Afghanistan Premier League (APL). It will also be the last day of the league stage with Kabul and Paktia facing off in the other game of the day. The Knights’ campaign is in doldrums completely especially after their loss against the Kabul Zwanan on Tuesday. Even if they don’t qualify for the knockouts, the Knights would love to sign off from the tournament with a win over the top team of the season.

Asghar Afghan tried promoting him at the top of the order in the previous game and the move worked wonderfully for them. But that left the middle-order vulnerable which struggled despite his swashbuckling effort earlier in the innings. Somehow, the Knights will have to regroup and hope to put up a strong show at least in the final game of the season.

As far as the Legends are concerned, they are sitting pretty at the top of the table and will be keen to win this game ahead of the semi-finals. It is important for them to keep the winning momentum as things can go wrong very quickly in these tournaments. Mohammad Nabi exactly knows what to expect from his players and has led the team exceptionally well as compared to the other teams in the competition.

The weather very often changes in Sharjah as it continues to be hot. The temperatures will hover around 35-40 Degrees mostly. The pitch is expected to be flat again and a high-scoring game will be in prospect for the fans. The team winning the toss will opt to field as chasing has been the way to go in the last few days.

The Legends, after resting their main players in the last couple of games, will be keen to bring back them. It is important for them to get their settled combination back with match practice ahead of the semi-finals and they will also be fresh after a much-needed rest. The likes of Ryan Ten Doeschate, Colin Munro and Ravi Bopara should be back in this game which will strengthen their middle-order again which looked brittle in the last game.

The Knights do not have many options and they don’t have the luxury of resting the players either. Asghar Afghan should continue to open and just hope that the middle-order lives up to the expectations. Also, Paul Stirling’s place in the side is in doubt and Kevin O Brien might come in his place in the side. Riki Wessels is also a good option to open the innings who can attack in the power play overs.

The prediction is for the Legends to end the league stage on a high. 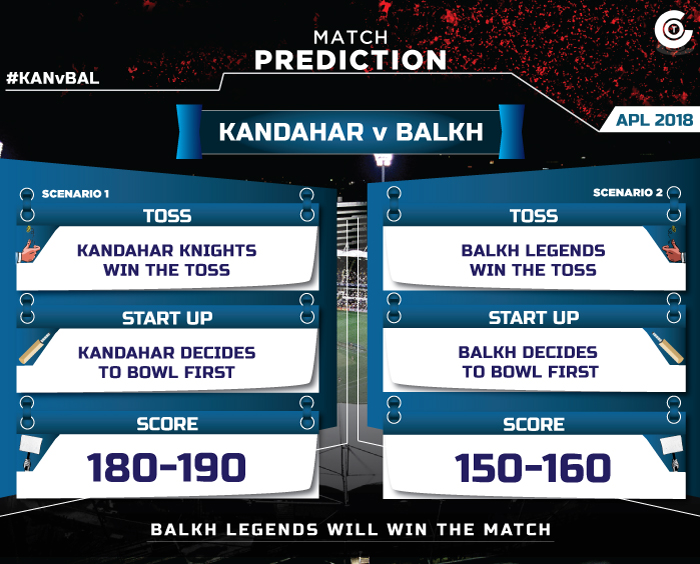