AUC vs NOR 11Wickets Prediction, Fantasy Cricket Tips, Playing 11, Pitch Report and Injury Update for Match 12 of the Ford Trophy

AUC vs NOR 11Wickets Prediction, Fantasy Cricket Tips, Playing 11, Pitch Report and Injury Update for Match 12 of the Ford Trophy

George Worker is a good captaincy pick for this match.

Match 12 of the Ford Trophy will see the Northern Brave taking on the Auckland Aces. The Northern Brave side is perched at the 3rd place in the points table, and have tasted success in 1 out of their 5 games.

On the other hand, the Aces are languishing at the last spot, having won 1 out of their 3 matches. When these two sides met each other last time, the Northern Brave side thrashed the Aces with 8 wickets to spare.

The pitch will aid both batters and the bowlers. The willow wielders should make sure that they get through the initial phase, and they can then score runs on this surface.

Probable Playing XIs for AUC vs NOR

Top Picks for AUC vs NOR 11Wickets Fantasy Cricket

Jeet Raval has been in scintillating form and has plundered 197 runs in 3 innings at an average of 65.66.

George Worker has amassed 153 runs in the competition and has scored them at an average of over 50.

Anurag Verma has taken 5 wickets in the competition and has scalped them at an average of 25.20.

Suggested Playing XI No.1 for AUC vs NOR 11Wickets Fantasy Cricket 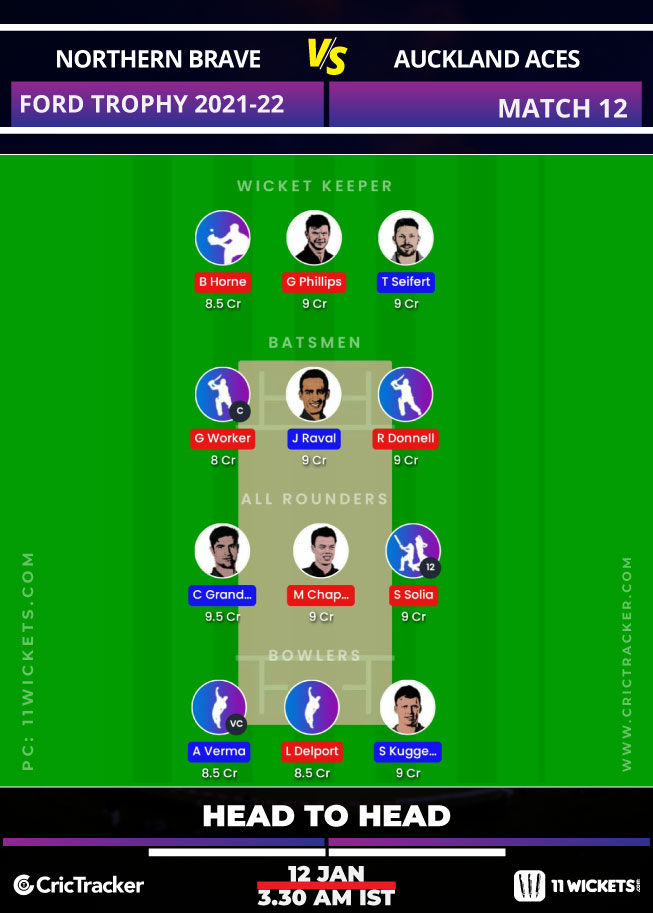 Suggested Playing XI No.2 for AUC vs NOR 11Wickets Fantasy Cricket 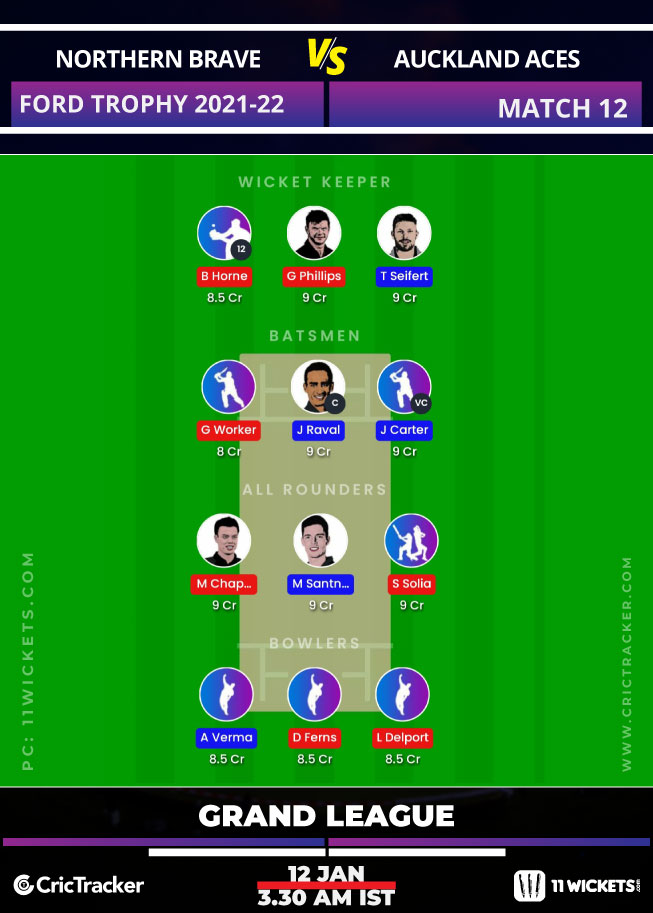