Atlas UTC Knights CC are unlikely to be able to tackle the threat of Marsa CC.

The 15th match of the ECS T10 Malta 2020 will be played between Atlas UTC Knights CC and Marsa CC at the Marsa Sports Club, Malta on Friday.

Coming from a win in the last battle against the Overseas CC, Atlas UTC Knights CC is all set to clash against Marsa CC in their next match at the Marsa Sports Club. Atlas UTC Knights CC are having a brilliant tournament so far. They have won 3 matches out of the 4 they have played so far and are placed at the third position in the points table.

On the other hand, Marsa CC are also having a good time in the competition. They won their last game against Overseas CC by 36 runs. Their second match got abandoned. Barring that, they have won all the matches they have played so far. They have 7 points in their bag and due to their healthy Net Run Rate of +3.78, they are above Atlas UTC Knights CC in the points table. We can expect a thrilling encounter between these two teams this Monday.

The weather is forecasted to be partly cloudy during the game, with the temperatures hovering around the 15 Degrees Celsius range.

The pitch is expected to be a neutral one where both batsmen and bowlers would get almost equal help. There is some help for fast bowlers from the pitch.

Haroon Mughal, the talented all-rounder, scored a quickfire 37 and also picked up a wicket in the last game for Marsa CC.

Eldhose Mathew has looked in good touch with the ball as he went to pick up two wickets by giving away just 9 runs in his last game.

Niraj Khanna scored a quickfire 15 and also picked up 2 wickets in the last game for Marsa CC.

Asif Sha will be a key player for Atlas UTC Knights CC, as he is capable of changing the face of the game at any moment. He has bagged 3 scalps from as many games.

Also Read – Australia vs India: KL Rahul shares a light moment with Aaron Finch after he gets hit on stomach during 2nd ODI 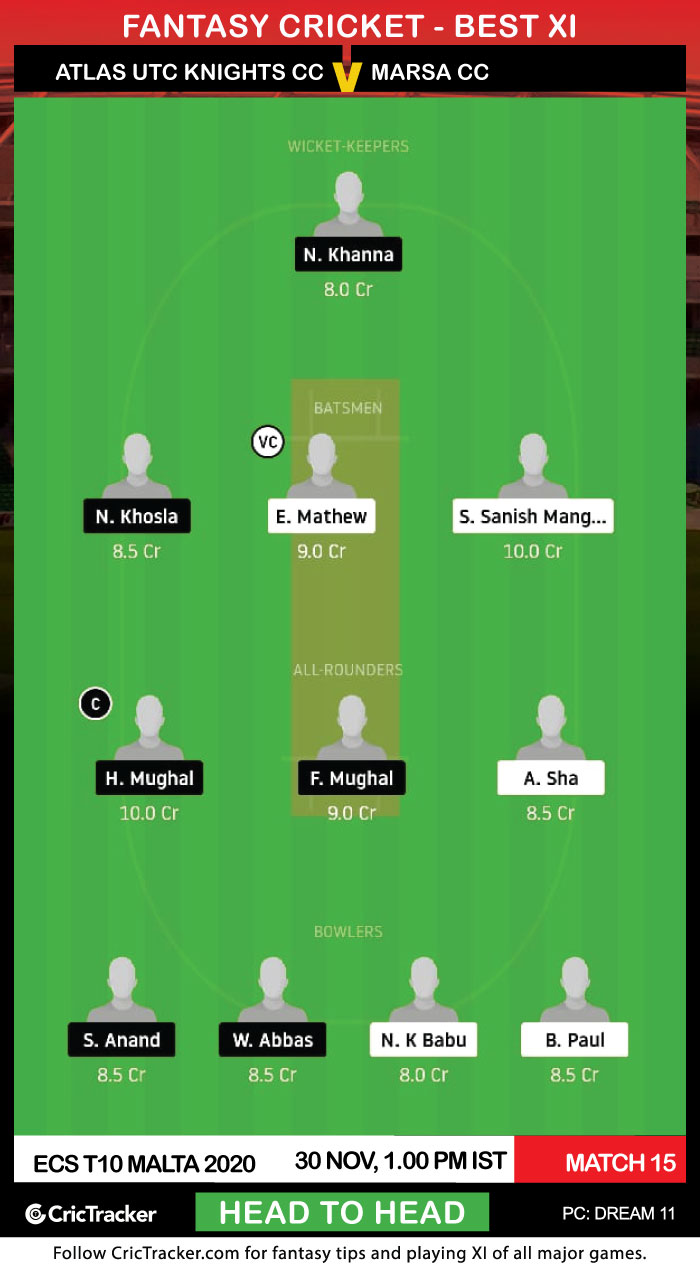 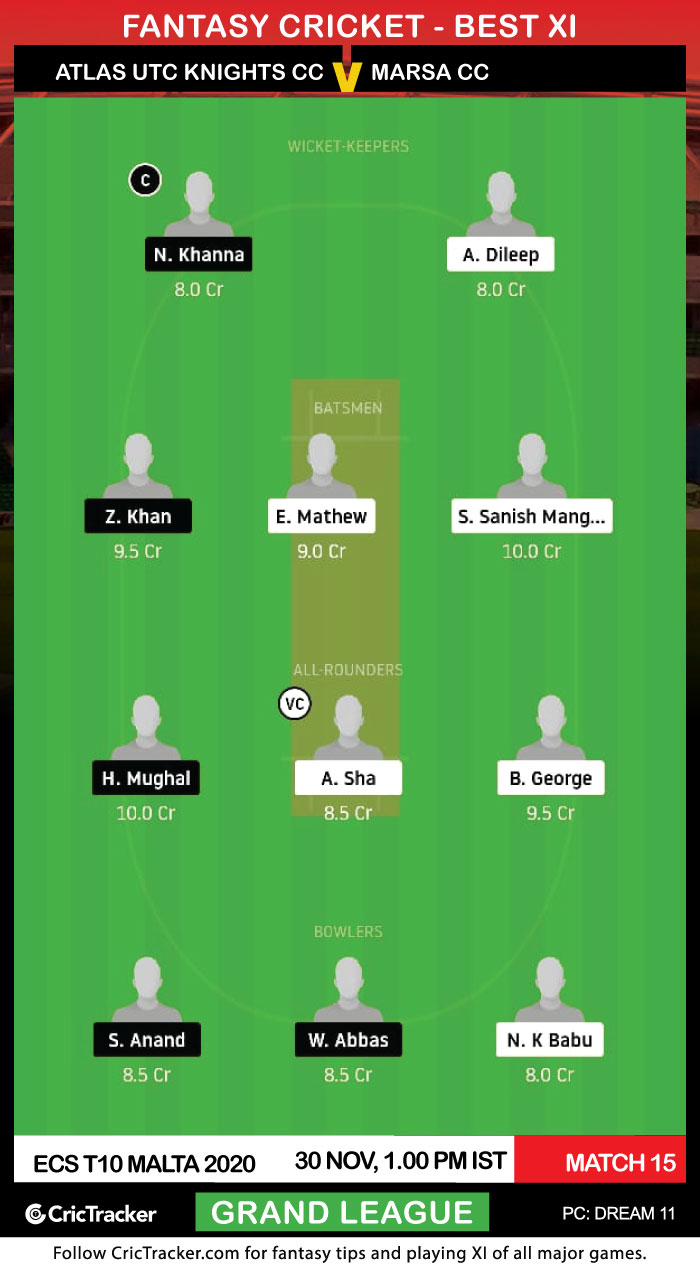 It is advisable to pick Nithin K Babu in both of your Dream11 Fantasy teams. He has picked up 3 wickets till now in the tournament and can prove to be a great choice.

Marsa CC are expected to win this game.