Usman Khawaja will open the innings for Australia alongside David Warner. 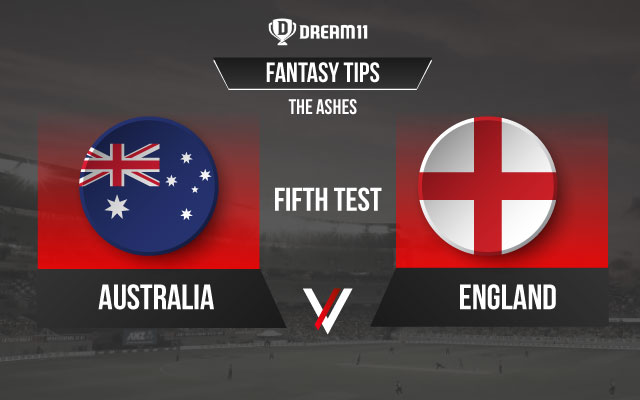 Australia will face England in the 5th and final Test of the series which will get underway from Friday. Australia’s dream of whitewashing England didn’t come to fruition as the fourth Test ended in a nail-biting draw. There were many positive outcomes for the hosts as  Usman Khawaja’s twin centuries set the stage on fire. They have a 100 percent win record in the Pink ball Tests and will be hoping to maintain their unbeaten streak.

England, on the other handm had something to cheer for in this series as they managed to draw the Test at the famous SCG. Zak Crawley played fluently in the second innings which is a good sign for the visitors. Jos Buttler is out of the final Test due to injury and Sam Billings is called as he is the replacement. It will be a huge achievement if they beat the in-form Aussies at Hobart.

The new cherry will talk a lot in the early one hour of play and later the wicket tends to become flat as the game goes on. Bellerive Oval has hosted 13 Test matches so far out of which only 2 ended in a draw. We can expect result in this game.

Making his come back into the Australian side after almost two and half years, Usman Khawaja hit twin centuries in the 4th Test at SCG to give his side an upper hand. Considering his current form, he is a good pick for your fantasy teams.

Zak Crawley proved that he is up for the challenge in the big stage as he scored an important half-century in the second innings of the 4th Test.

Cameron Green is improving continuously as a bowler and he even complimented well with the bat in the 4th Test. In 4 matches so far in this series, he has picked up 9 wickets and has also scored 131 runs with the bat.

Despite having a side strain, Ben Stokes hit twin half-centuries in the fourth Test. He is fit to take part in the final Test of the series.

Mitchell Starc is unplayable with the new ball and has picked up 15 wickets in 4 Test matches in this series. He is spending more time in the middle with the bat as well and has also scored 151 runs in 5 innings at an average of 75.5.

Stuart Broad bowled splendidly at the SCG where he picked up 5 wickets in the first innings. Overall in this series, he has scalped 7 wickets with the best figures of 5 for 101.

Jonny Bairstow might don the gloves behind the stumps in this match. He became the 1st English player to score a century in this series when he smashed 113 runs in the first innings of the 4th Test.

AUS vs ENG Must Picks for Dream11 Fantasy Cricket: 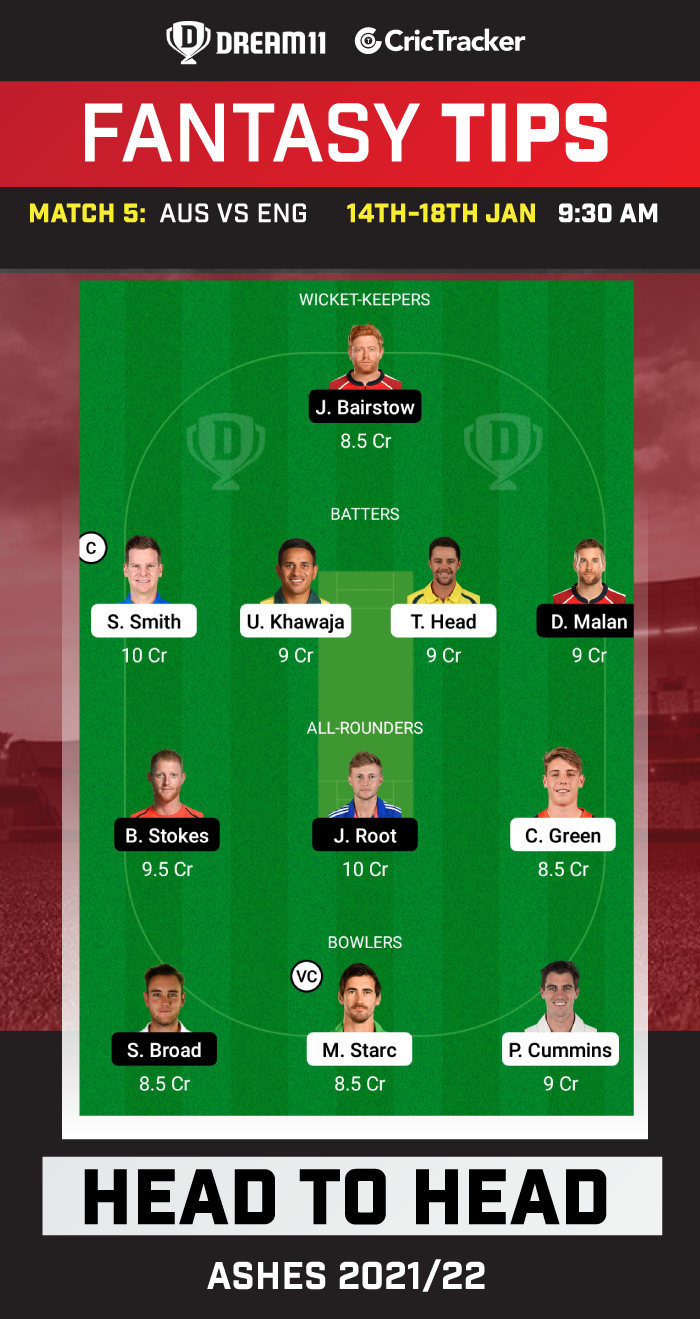 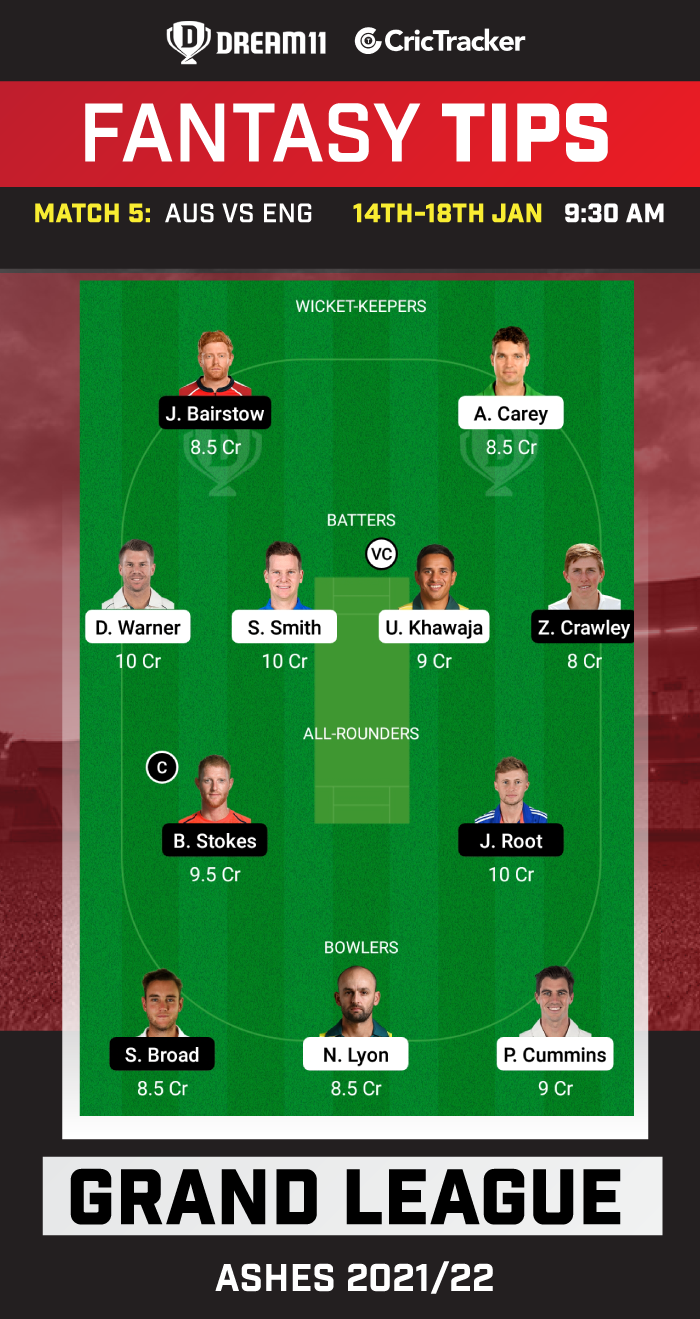 Travis Head has scored 248 runs in 3 matches in this series at an average of 62, which includes a century and a half-century. He is a risky captaincy pick for your fantasy teams.

Joe Root is the main batter in the England line-up. He has scored 277 runs in 4 matches in this tournament at an average of 34.62 and has also also picked up 5 wickets with the ball. It’s worth a risk and you can pick him as your fantasy team skipper.

Considering too much competition for the final eleven it’s better to avoid Jack Leach while making your fantasy teams.