Marcus Stoinis has sustained a side strain and has become uncertain for the second ODI. 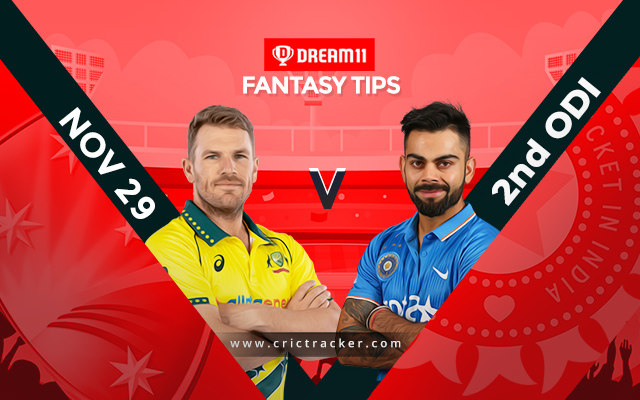 Australia won the toss and opted to bat

The 2nd match of the three-match ODI series between Australia and India will be played at the Sydney Cricket Ground in Sydney.

Australia started their three-match ODI series against India on a grand note. The team, captained by Aaron Finch, posted a mammoth 374 on the board after which they won the game by 66 runs. Steve Smith and skipper Finch’s century helped the hosts rack up the humongous target for the Men in Blue to chase. It goes without saying that India can’t afford to be complacent in the second ODI.

It’s a must-win affair for Virat Kohli and Co and keeping in mind India’s dismal record in Sydney, Australia are expected to start as the favourites. With Hardik Pandya, not bowling, the visitors don’t have a sixth bowler to resort to. In the first game, barring Mohammed Shami, every other Indian bowler went around the park. India also need to sort out their batting and not lose too many wickets.

The conditions would be warm in Sydney with the temperature starting around the 38 degrees Celsius mark. But as the day progresses, it’s expected to come down under 30 degrees. The humidity won’t be on the higher side either.

The pitch in Sydney, in Friday’s game, turned out to be a batsman’s paradise. The track isn’t expected to change much and another high-scoring affair seems to be on the cards. Of late, teams batting first have tasted success and hence, chasing can be a tad risky.

Marcus Stoinis suffered a side strain in the last match and he’s become uncertain for Sunday’s game. Cameron Green is being reported to be in line for ODI debut.

SA vs IND: Combined best XI of the ODI series

For David Warner, the SCG is where he grew up playing his cricket. He looked in ominous touch last time around but got out on 69. He will be looking to go one step ahead and score a ton next time.

Virat Kohli played an uncharacteristic knock in the previous game. He couldn’t capitalise on the reprieve given to him by Adam Zampa, who dropped him at fine leg. Kohli will be looking to make amends.

Steve Smith has numbers to envy against Team India. In 2020, he already has two ODI tons against India, first in Bangalore and then in Sydney. He remains to be a key in Australia’s one-day lineup.

Adam Zampa picked up three wickets in the last game on a track, not helpful for the spinners. He also has dominated Kohli in the past, dismissing him quite a few times. He will again be expected to deliver.

Shikhar Dhawan didn’t go for the extravagant shots from the outset and took his time early on. But scoring 74 runs off 86 balls, the left-hander showed a lot of maturity, though his efforts went in vain. 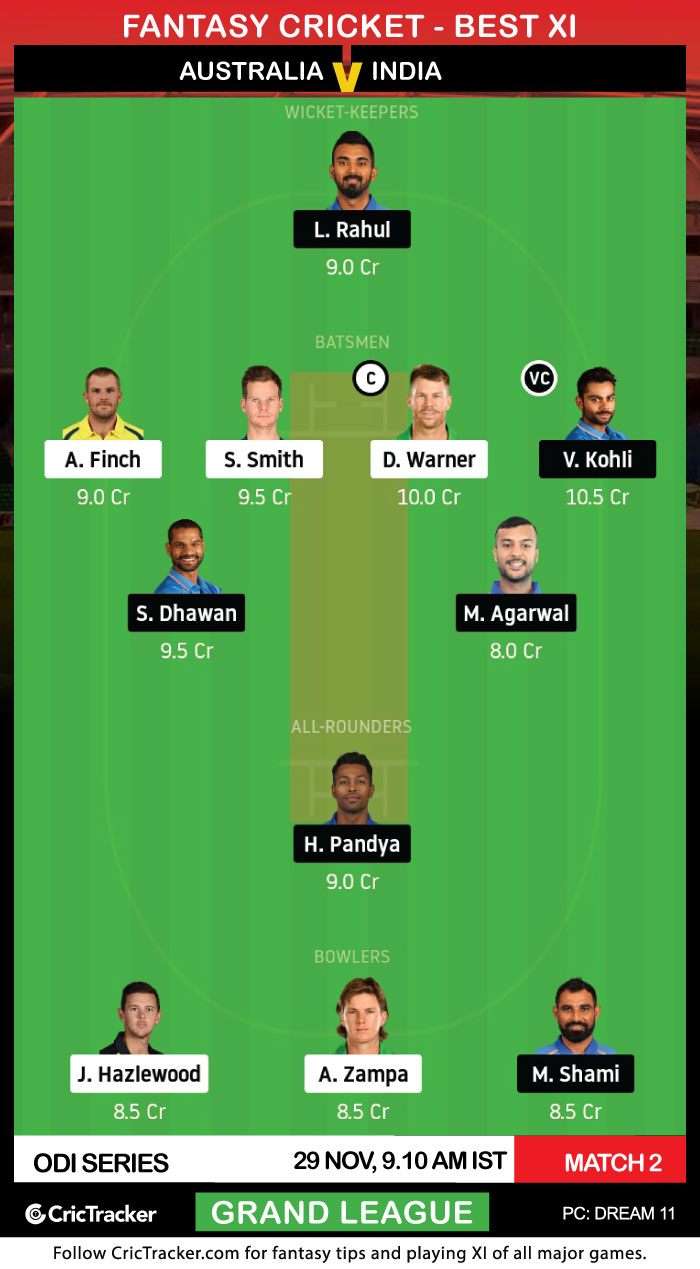 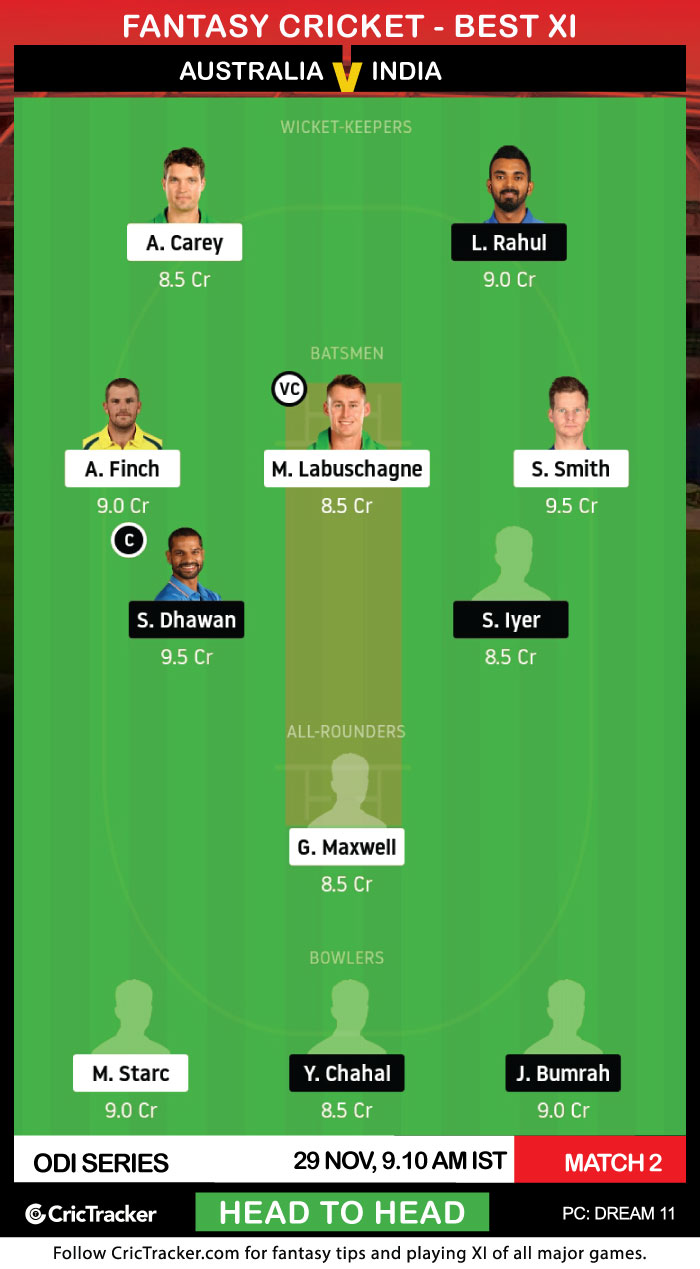 Marnus Labuschagne batted at number six in the last game, but that’s because Australia got off to a tremendous start. In case, the hosts lose early wickets, he is likely to bat at number four. With one century and two half-centuries from 11 ODIs, the 26-year-old isn’t the worst of choices as a multiplier.

The team, batting first should be able to win the match.