Josh Hazlewood has been in a good form lately. 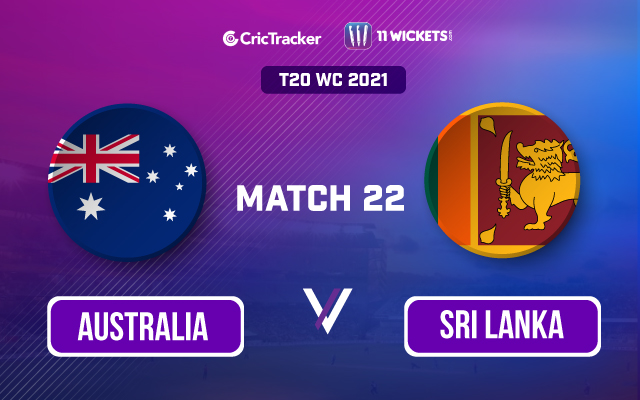 Australia and Sri Lanka will lock horns with each other in the Match 22 of the World T20 Cup. The former started their campaign on a positive note by securing a win against South Africa. The Kangaroos restricted the Proteas to a total of 118 runs and then chased down the target to register a win by five wickets. They will look forward to continuing their winning momentum in the tournament.

Sri Lanka, on the other hand, have had an impressive run in the tournament so far. They won all their three matches to advance to the Super 12s. The team also emerged triumphant against Bangladesh in the previous game. Sri Lanka chased down the target of 172 to win by five wickets against the Tigers.

The pitch is expected to be inclined towards the batters. Chasing teams have had an edge on this surface. On winning the toss, opting to chase can be a good alternative on this pitch.

Charith Asalanka played an impressive knock of unbeaten 80 runs to fashion the team’s victory against Bangladesh. He will be determined to perform for the side. He can be a good player to bank on for this match.

Josh Hazlewood has been in a good form lately. He continued his momentum in this tournament as well. He picked up two crucial wickets in the last match and can be a good pick for this match.

Bhanuka Rajapaksa hit a belligerent half-century in the previous game to be one of the architects of Sri Lanka’s victory. He will aim to make an impact on the side in this match as well. 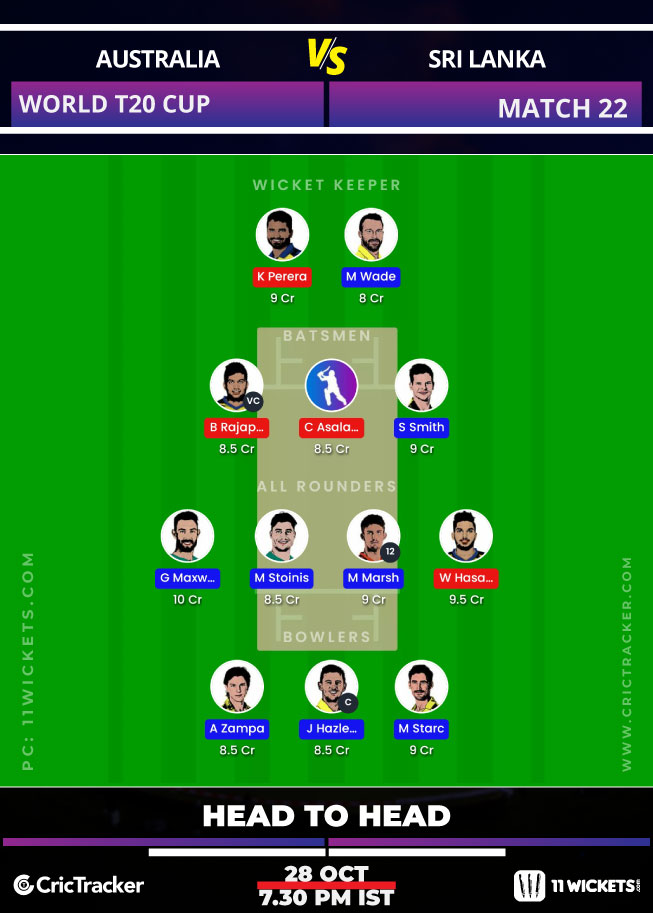 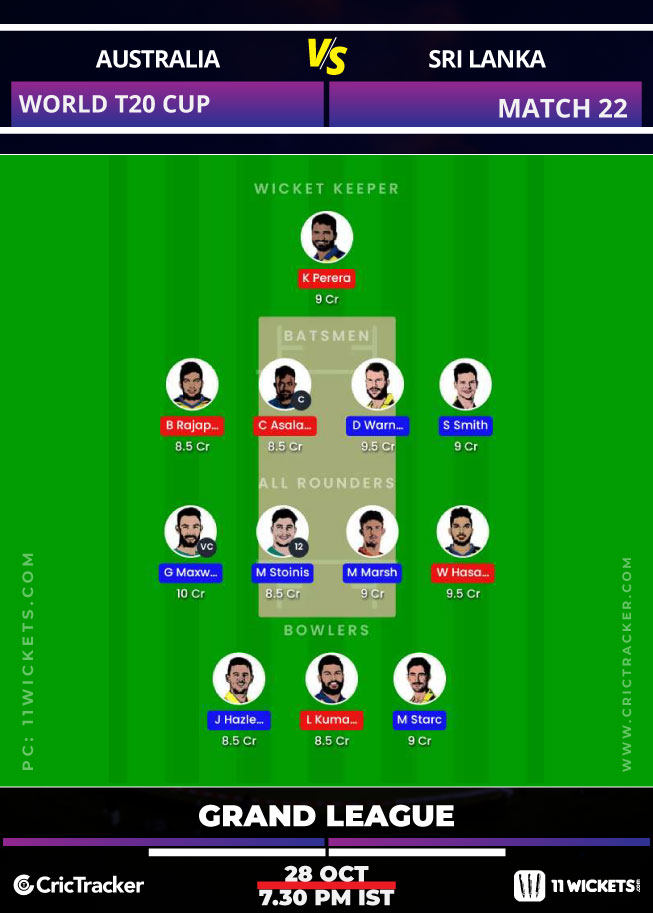