Danni Wyatt aggregated 468 runs with four fifties during the WBBL 2019-20.

The practice match between Australia Capital Territory (ACT) XI Women and England XI Women will be played at Phillip Oval in Canberra.

England Women’s long tour of Australia will begin on Tuesday when they will be up against the Australian Capital Territory (ACT) XI Women in the warm-up match. The two sides will clash off at the Phillip Oval in Canberra in a day fixture. Later this week, they will be part of a Triangular T20I series involving Australia and India. This tournament will be perfect for England to have a settled XI going into the Women’s T20 World Cup also to be hosted by Australia.

The weather is expected to stay clear on Monday during the game between ACT XI and England at the Phillip Oval.

Phillip Oval in Canberra has not hosted a major Women’s match in the recent past. Hence, it will be tough to judge the nature of the pitch by current standards of Women’s cricket. However, the pitch could be on the slower side given how the tracks have behaved recently in the country.

Danni Wyatt has a brilliant record in the T20 format across the last 3-4 years. Her record on Australian soil is much better and has got a good experience of playing in Australia. Nat Sciver had decent performances with both bat and ball during the recently concluded WBBL for the Perth Scorchers. Erin Osborne can consider as the best player of ACT XI in terms of impact in the fantasy team. She is likely to bat inside top-five and also complete her four overs. Sarah Coyte picked up 19 wickets during the WBBL 2019-20 for the Adelaide Strikers in 16 matches 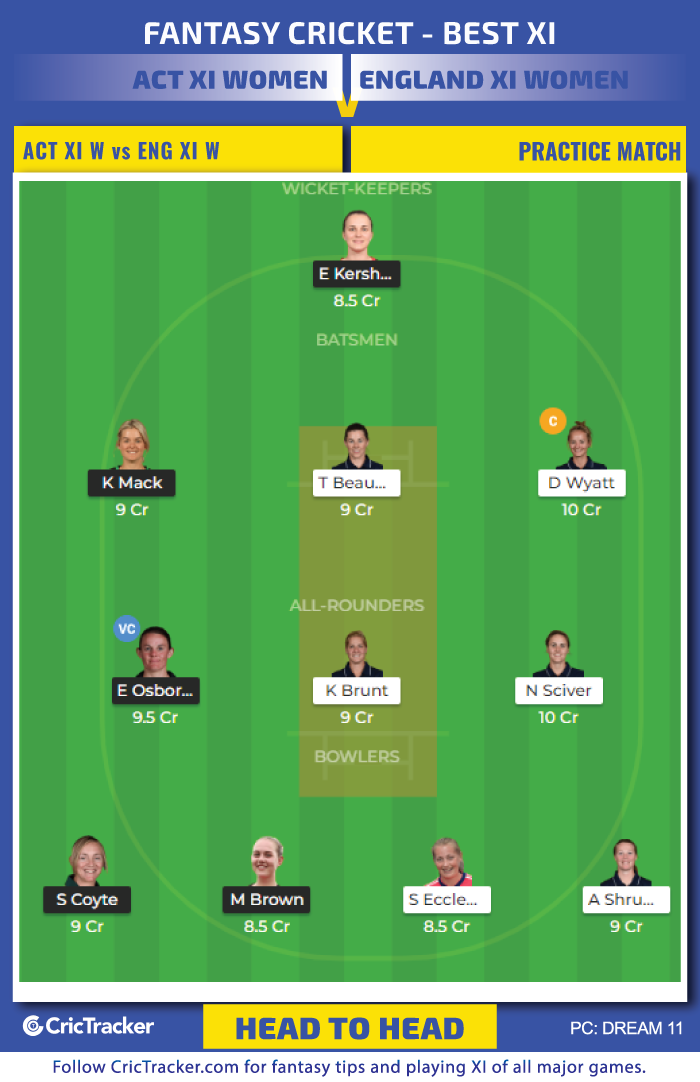 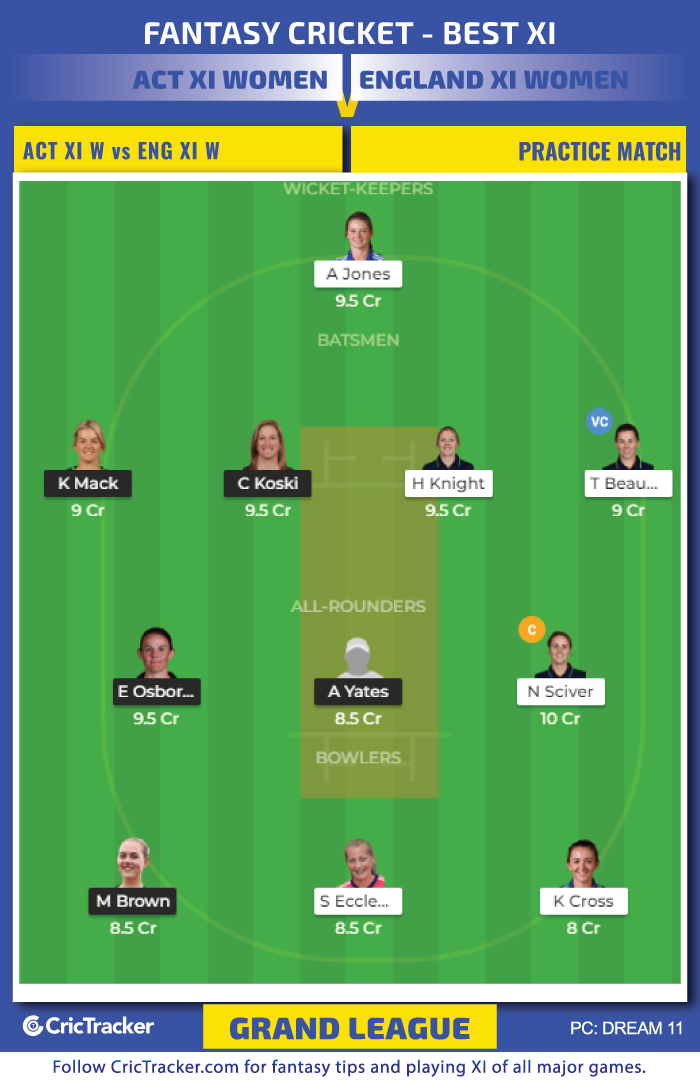 The ACT XI Women have not officially announced the squad for this fixture. Hence, we have considered their recent most announced squad which was for the last week’s WNCL match. Most of them are key players in their respective WBBL franchises and hence they are likely to play this game. On the other hand, the England Women could be seen making a few experiments as this is a warm-up match.

England Women are expected to win this warm-up match comfortably.