The practice match between Australia Women and Cricket Australia XI Women will be played at Sydney Showground Stadium in Sydney.

Australia will be hosting a Women’s Tri-Series starting on 31st January involving England and India as the visiting sides. The home team Australia Women will gear up for the Tri-series as they face Cricket Australia XI on Monday at the Showground Stadium. The CA XI has quite a few big names who narrowly missed out on making it to the Australia Women’s squad for the World T20. The Tri-series will be perfect for the Aussies team to finalize their playing XI and sort their batting line-up before the ICC event.

The weather is unlikely to play a role in this match as Sydney is expected to be pleasant on Monday.

The Showground Stadium hasn’t produced big totals as the pitches here remain on the slower side. However, the recent matches in other formats at this venue do suggest bigger totals than in the past. Chasing targets around 130 has been quite often in Women’s T20s and the same is expected for this match.

Alyssa Healy, if walks out to bat on Monday, is likely to end up with no less than 50 runs before being dismissed. Her batting form is something that makes crucial in the fantasy team. Annabel Sutherland could be seen batting in top four during this match and also bowl her four overs. The young all-rounder has been in an amazing form through this season. Tahlia McGrath too has been in top form in the current season and came close to making it to the Australia Women’s squad for the T20 World Cup. Hannah Darlington is another utility player in the CA XI who has had good performances during the WBBL and also the Women’s Super Smash that concluded last Sunday. 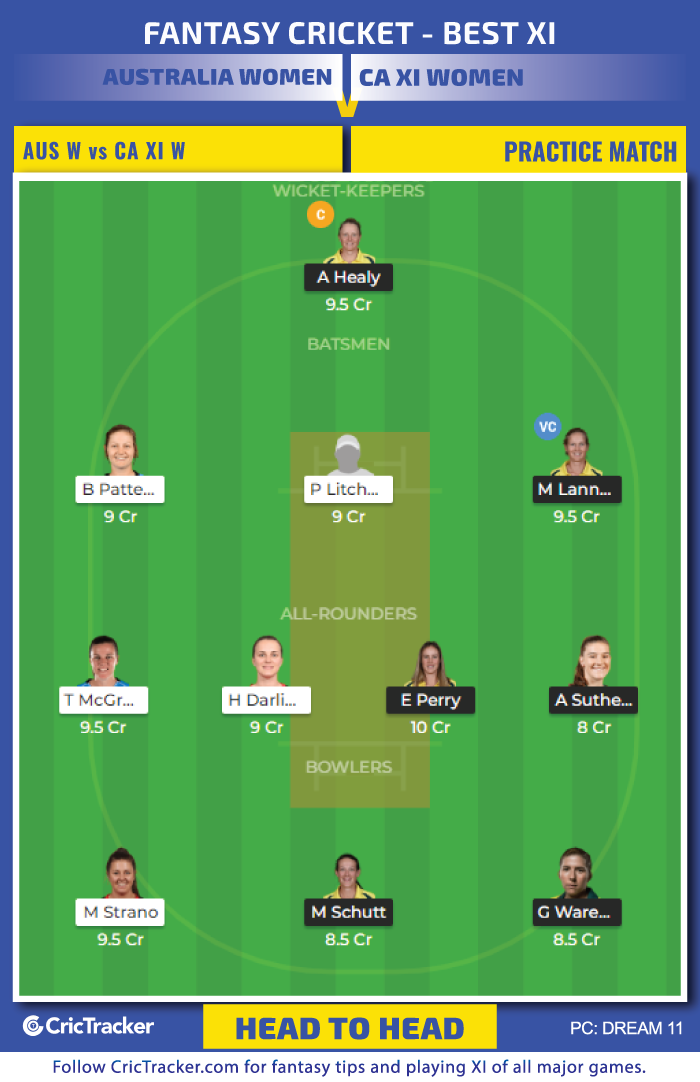 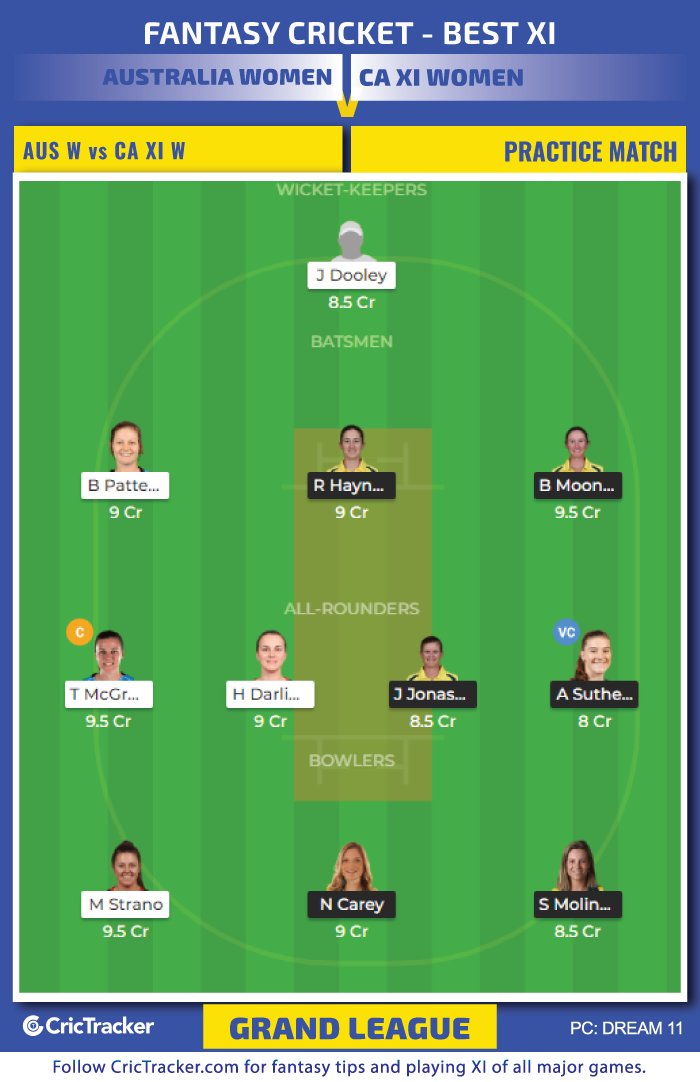 Maximum players allowed to take part in this game could decide the fantasy strategy. If only 11 can feature in this match from the Australian squad, they are likely to give a chance to younger entries like Annabel Sutherland. If 11 players can bat and 11 players can bowl, someone like Meg Lanning could be batting due to her recent poor scores.

Australia Women are expected to win this warm-up match.