New South Wales Breakers are looking for a hat-trick of wins.

ACT Meteors will face New South Wales Breakers in the 5th match of the Australia Women’s ODD on Thursday. This will be the first game of the tournament for ACT Meteors. Angela Reakes is all set to lead the side and Erica Kershaw is named as her deputy for this opening game. They finished 5th in the standings last season with 13 points. Momentum will be crucial in this long tournament, and they want to kick start with a win.

New South Wales Breakers, on the other hand, made an excellent start with two back to back wins over Victoria Women by 26 runs (D/L Method) and 5 wickets. Rachael Haynes has scored 120 runs already in this tournament and her form will be crucial in this match. They are looking for their third consecutive win.

History tells us, the surface here at Manuka Oval has favored the batters. The bowlers will be under the receiving end, and we can expect a huge scoring encounter between the sides. Bowling first is a good option.

Katie Mack had an amazing tournament last year. She was the leading run-scorer for ACT Meteors with 418 runs in 8 matches at an average of 59.71, with the highest score of 106*.

Madelina Penna has scored 290 runs in the previous edition at an average of 48.33 with the highest score of 118* and has picked up 4 wickets with the best figures of 2 for 41.

Rachael Haynes knows how to build the innings in this format of the game. In 2 matches, she has scored 120 runs at an average of 60 with the highest score of 96.

Ashleigh Gardner is one of the best all-rounders in the side. In the last 2 matches, she has scored 75 runs at an average of 37.5 with the highest score of 57 and has also picked up 3 wickets. 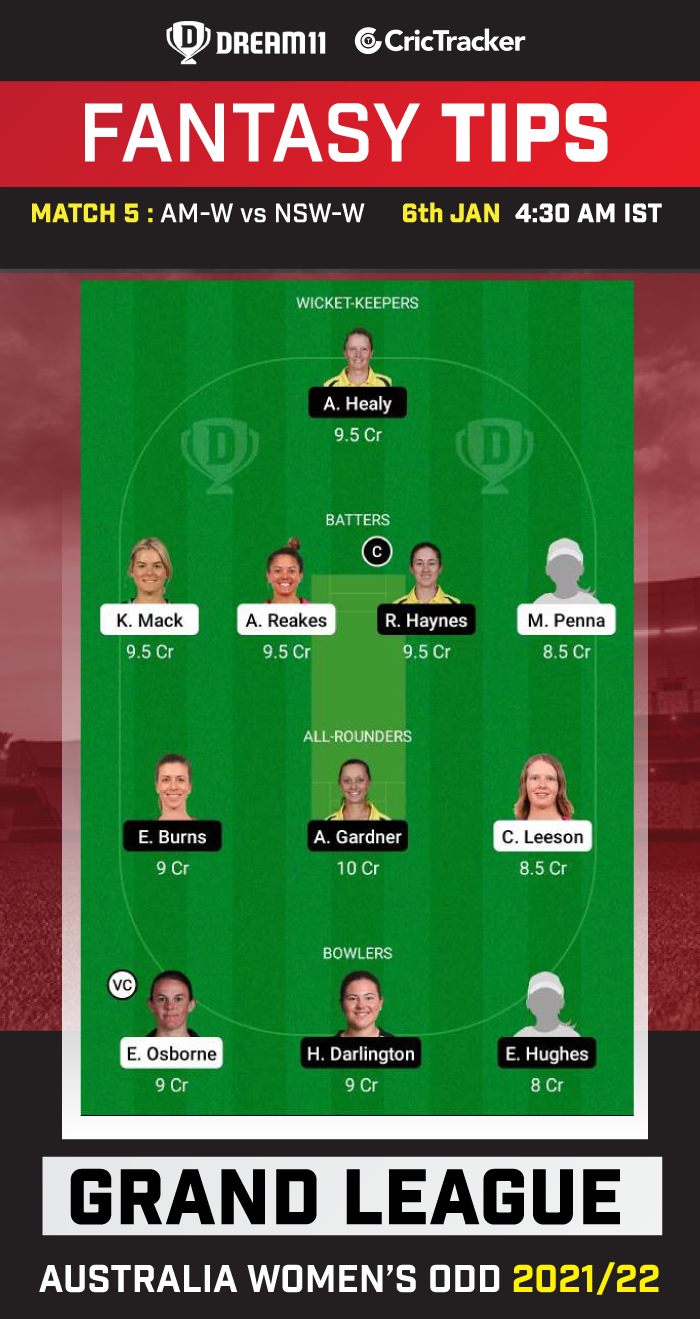 New South Wales Breakers are expected to win this match.