Not making Ellyse Perry captain of your Dream11 Fantasy team could well turn out to be a top move.

India and Australia Women will fight it out for the trophy in the final of the tri-nation series at the Junction Oval in Melbourne. In a surprising turn of events, England Women who were leading the points table before the start of the last league game against the home team. But a 16-run loss led to the Heather Knight-led side getting knocked out setting up for an India vs Australia final.

India and Australia faced off twice in the series before and both the teams have won a game each. While the hosts came up trumps by four wickets in the first face-off, it was India who chased down 174 in a must-win situation to make things interesting. With these two teams facing off in the first World Cup on February 21, this final is an opportunity to gain a psychological advantage ahead of the crucial encounter.

It is expected to be cloudy throughout the day in Melbourne on Wednesday. The showers are predicted at 9 AM and 3 PM local time which might delay the start of the match and also shorten it. The temperature is expected to hover around 24-26 Degrees Celsius during the match according to AccuWeather.

The pitch is expected to be a good one to bat on for this match. Last time these two sides met at the venue, 174 was easily chased down. Also, with the rain around, the pacers might get a bit of help early on in the innings. The team winning the toss is expected to field first.

For India, Pooja Vastrakar, Poonam Yadav and Richa Ghosh are unlikely to play as they continue to recover from their respective injuries.

Smriti Mandhana has been the second-highest run-getter of the series. She has scored 150 runs in four innings and will be crucial for the team once again. Shafali Verma scored a whirlwind 49 in the previous game against Australia. Kaur hasn’t been at her best (104 runs) but has finished matches for India Women in the series. With the ball, Rajeshwari Gayakwad is leading the charts with eight wickets to her name while Deepti Sharma (5 wickets) will also be crucial in Dream11 Fantasy team.

For Australia Women, Ashleigh Gardner is leading the way with 141 runs. She smashed 93 runs in the previous outing against India but got out for 10 runs in the next game. Ellyse Perry’s all-round skills always make her captain material in Dream11 Fantasy. She has scored 90 runs and picked six wickets so far in the series. Vlaeminck is another bowler who has impressed with five wickets. 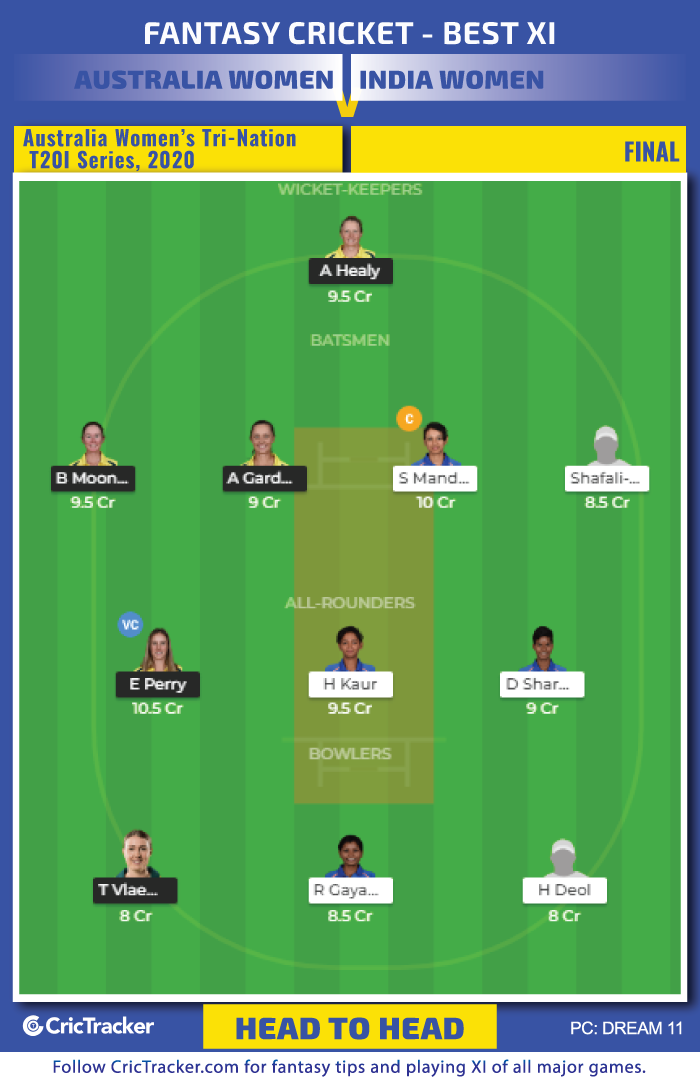 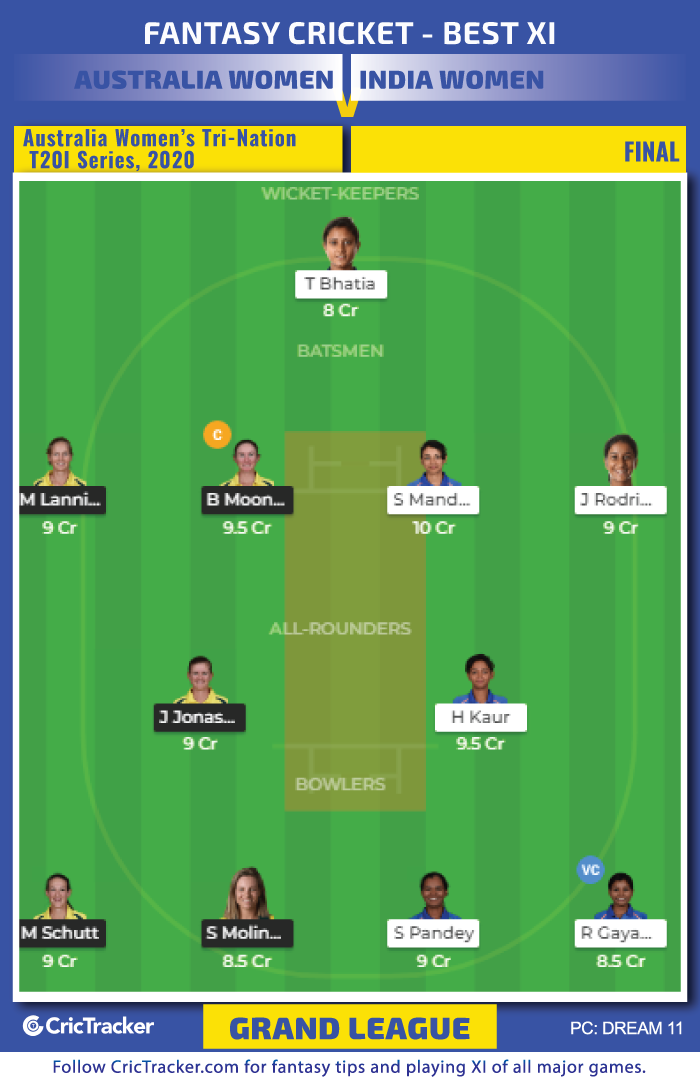 Not making Ellyse Perry captain of your Dream11 Fantasy team could well turn out to be a top move. She batted at six in the previous two matches and picked only a wicket. However, it would be risky not to pick her in the team as well.

The team winning the toss is expected to win the match.