Smriti Mandhana will be an obvious pick for any Dream11 Fantasy team due to her good performances in the recent past.

The 4th match of the Australia Women’s Tri-Nation T20I Series, 2020 will be played between and England Women and India Women at Junction Oval in Melbourne.

India Women lost their previous game against Australia women by four wickets. It is expected to be an eye-opener for them, who will look to come up with more effort in the upcoming game against England Women. They have some good batters in their line up that comprises of Smriti Mandhana, Shafali Verma and Jemimah Rodrigues, who can pile good runs with the bats against any tough opponent. Meanwhile, their bowling looks settled under Rajeshwari Gayakwad and Shikha Pandey. The only problem for them is the poor form of their all-rounder Harmanpreet Kaur and if she managed to pull off a good performance against England Women then the chances are quite high that they will come out as winners.

England Women will look avenge the loss of their previous defeat against the same opponent. In the previous game, they defeated the hosts’ in a tie-breaking Super-over. And, they will be super confident facing Indian women in the next match. Heather Knight has done a good job for her team with ball and bat. She is expected to continue with the same followed by their in-form batters Danielle Wyatt and Natalie Sciver from the top.

The Sun can play hide and seek during the match time. Also, there are chances that rain might bring the game to a halt for some time but it will not abandon the game. The wind will blow at a rate of 13 to 22 km/hr whereas the temperature is expected to hover between 18 and 26 Degree Celsius throughout the day according to Accuweather.

The pitch at Junction Oval is expected to offer a fair battle between bat and ball. The bowlers will get some swing due to the overcast conditions whereas the batters will be able to take the charge after the early stage of the game. As per the stats, the side chasing on this ground holds an edge in the game. The same is expected in the upcoming clash between India Women and England Women.

Richa Ghosh twisted her ankle before the previous game while Pooja Vastrakar and Poonam Yadav are also recovering from injuries. While there is no update on their fitness, India is unlikely to take a risk with World Cup only two weeks away.

Smriti Mandhana will be an obvious pick for any Dream11 Fantasy team due to her good performances in the recent past. Heather Knight is another player, who is in red-hot form as she has contributed well with the bat and balls in Tri-series. She has pulled off two amazing fifties with her willow and grabbed one wicket at a good economy rate of 7.50. Shafali Verma can also play a vital role in any fantasy team. 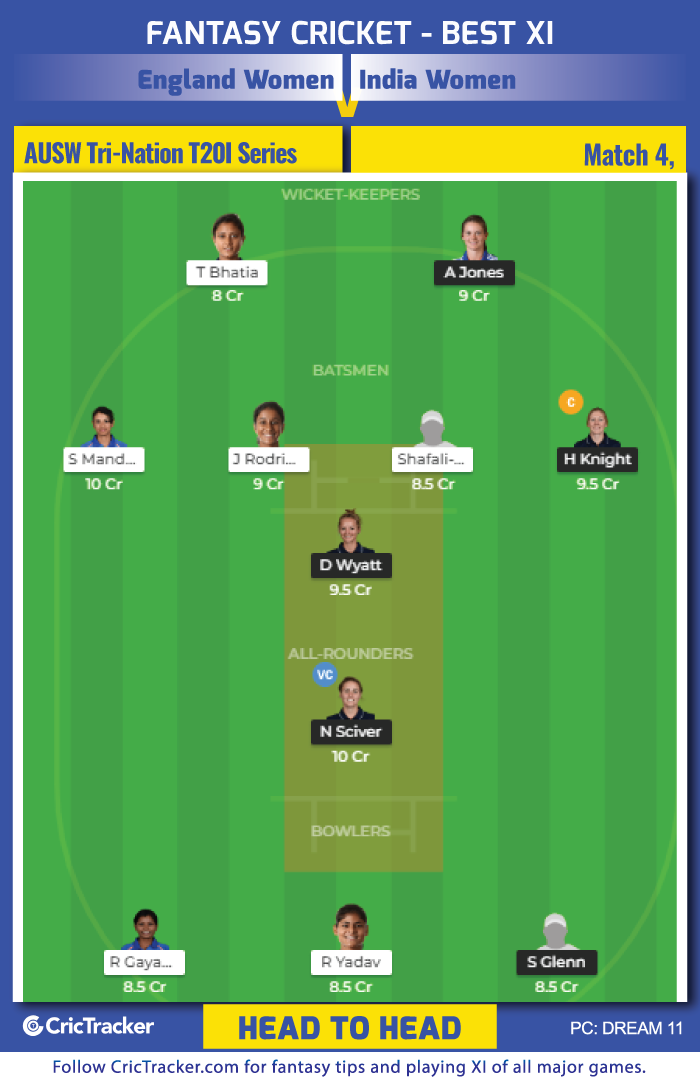 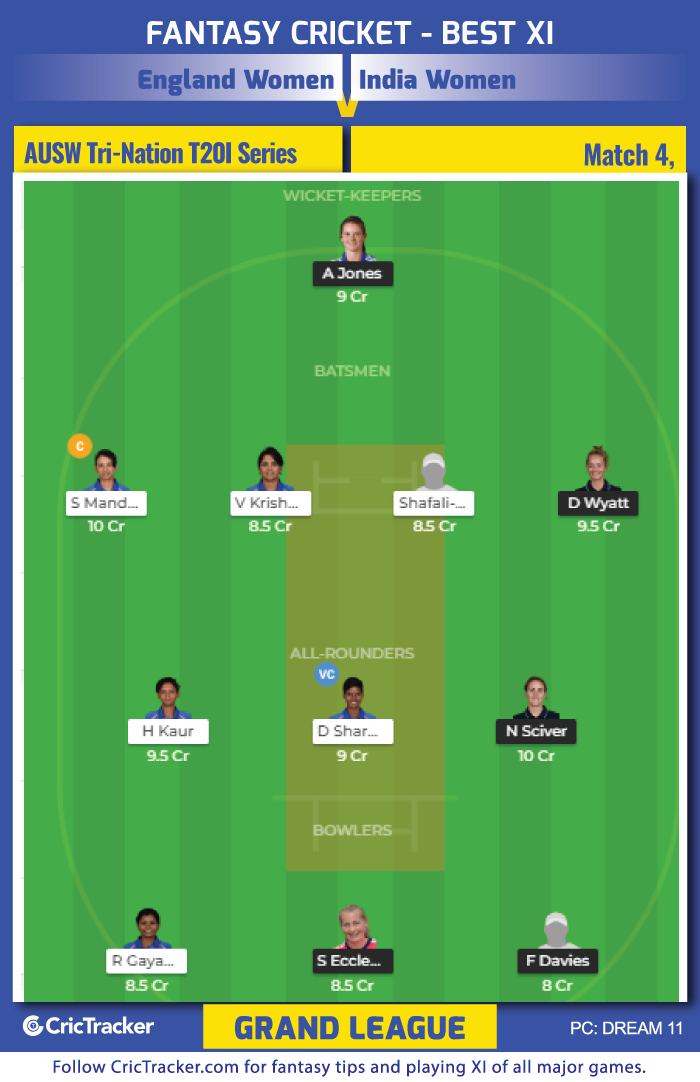 Harmanpreet Kaur’s form is a major concern for India Women and she is expected to produce breakthrough performances in the upcoming game. She can be a risky pick for but will be worth for any fantasy team.

England Women is expected to win this game.