Alyssa Healy hasn't been in best of forms in the last few matches. Very few will be expecting a whirlwind knock from her.

India Women lost to England Women in the previous game by four wickets. Their next game against the hosts Australia is a must-win encounter for them to stay alive in the tri-series. The Women in Blue were guilty of losing the momentum with the bat in the middle overs after Smriti Mandhana got the team off to a good start. Their middle-order is also not performing well even as Harmanpreet Kaur’s form being a huge concern.

Australia Women, on the other hand, are yet to play their best cricket in this series so far. While they lost to England in the super over, it was Ellyse Perry’s all-round performance which led them to victory over India in their previous outing. With an injury cloud over Meg Lanning, the other batters apart from Perry should also look to score runs while the bowlers are doing their job well.

The day will start with dark clouds hovering over Melbourne. However, the sun is expected to come out just before the start time of the match. The forecast is clear for the full 40 overs of match to take place. The temperature will hover around 28-29 Degrees Celsius according to Accuweather.

The surface at the Junction Oval seemed good for batting. Though spinners will control the proceedings and the set batters will be able to score runs at a quick pace like Mandhana and Natalie Sciver did on Friday. The teams have preferred chasing at this venue and the trend should continue for this match as well.

It seems that Poonam Yadav, Richa Ghosh & Pooja Vastrakar are yet to recover completely from their respective injuries. There is no update on their recovery but they are unlikely to play even in this game.

Meg Lanning missed the previous game due to back pain. But she is expected to be fit and play in this game.

Ellyse Perry should always be your first pick in Dream11 Fantasy team. She is in great form with the bat and also picked 4/13 in her previous outing against India Women. Healy continues to be out of form but she is hard to ignore and can score big if she finds her touch back. Mooney is in good form having a scored a half-century against England. With the ball Tayla Vlaeminck bowled really well (3/13) against India and can be picked again.

For India, Smriti Mandhana continues to be a top pick. She looked good during 40-ball 45-run knock against England. Rajeshwari Gayakwad bowled superbly against England picking three wickets and can turn out to be the best bowler again. Kaur though not in form has to be picked along with Deepti Sharma who can make an impact with the ball as well. 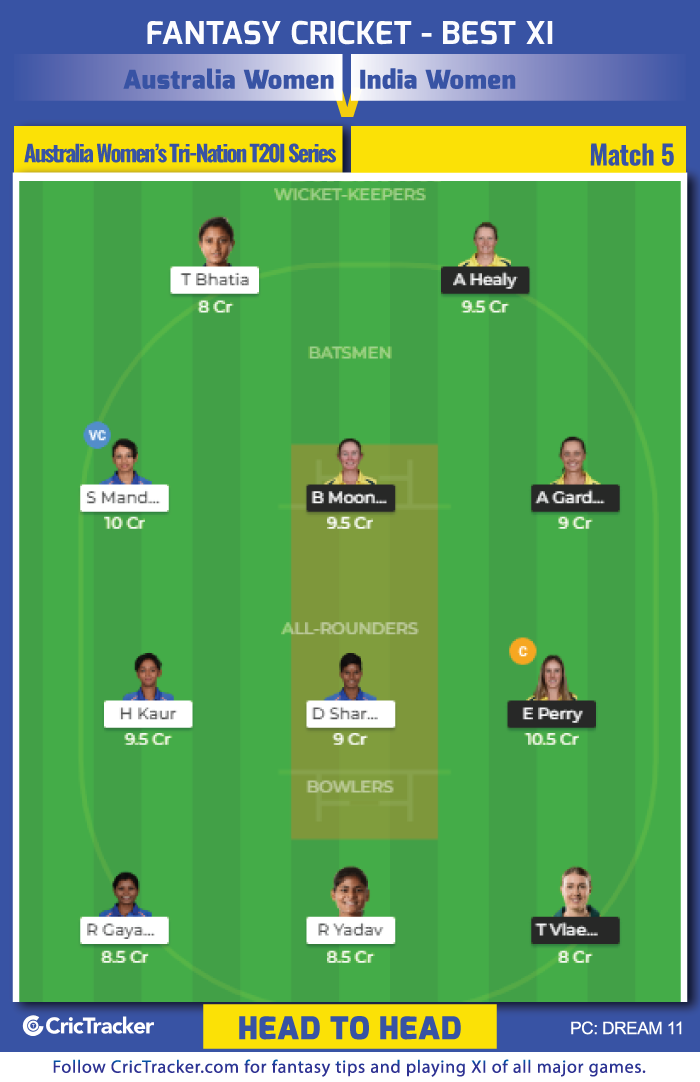 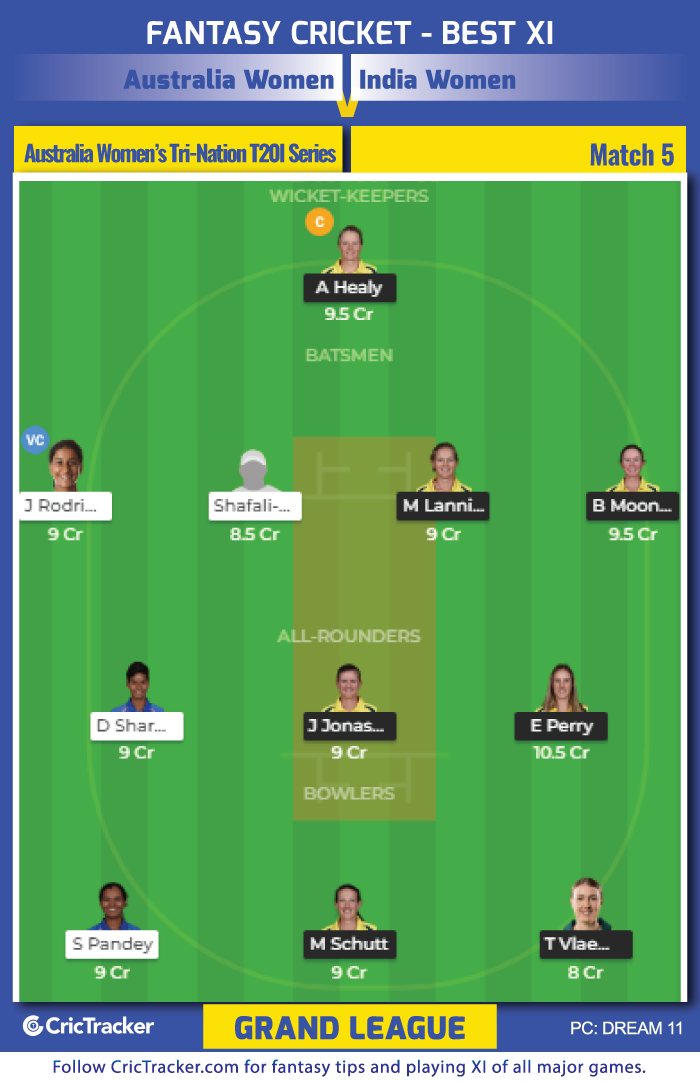 Alyssa Healy hasn’t been in best of forms in the last few matches. Very few will be expecting a whirlwind knock from her. Make her captain of your Dream11 Fantasy team in Grand League contests. If she clicks, Healy can give a lot of Fantasy points.