Asmita Kohli finished with three wickets on her T20I debut where she gave away only 18 runs in four overs. 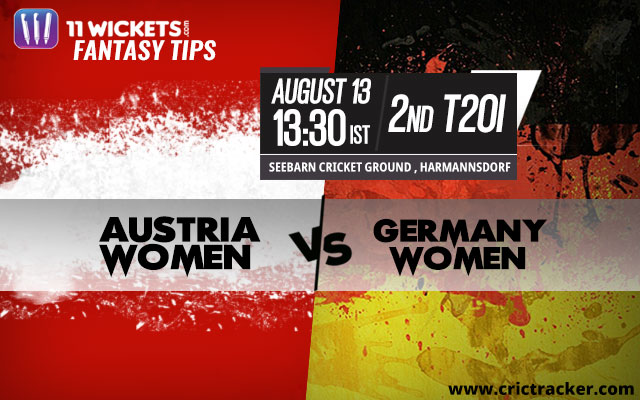 The 2nd game of the 5-match T20I series between Austria Women and Germany Women will be played at the Seebarn Cricket Ground in Harmannsdorf.

Germany Women cruised to their 5th T20I win in as many matches in 2020 as they thumped the home team Austria by 82 runs in Harmannsdorf to take 1-0 lead in the 5-match T20I series. Germany was benefited by some mediocre fielding efforts of Austria who let opener Christina Gough bat long and contribute 72 in Germany’s total of 165/2. The visiting team’s bowling attack was quite formidable not allowing the Austrian team to get going as only three boundaries were hit by them.

Sunny conditions are predicted for the Thursday’s morning match at the Seebarn Cricket Ground.

Germany Women posted a big total of 165 and registered a comfortable win. The same is expected on Thursday if Germany bat first again but a low first-innings total could be seen if Austria Women bat first.

Asmita Kohli finished with three wickets on her T20I debut where she gave away only 18 runs in four overs.

Janet Ronalds scored 27 from 29 balls while opening the batting for Germany Women in the first T20I.

Anne Bierwisch didn’t get to bat but conceded only six runs in the two overs she got to bowl in the first T20I.

Rezarta Avdylaj bagged a duck in the first T20I but picked up a wicket in the two overs she got to bowl. 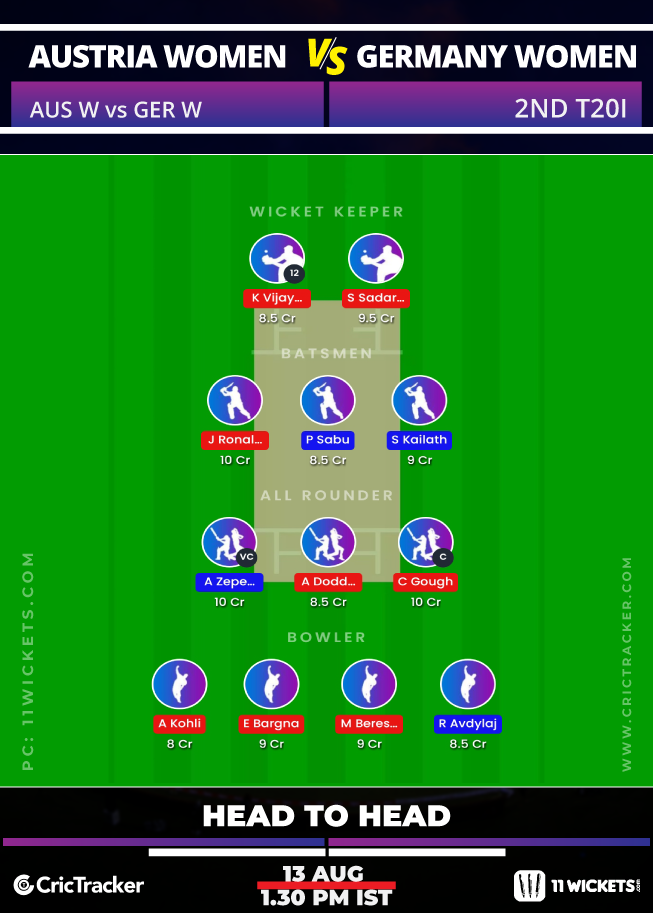 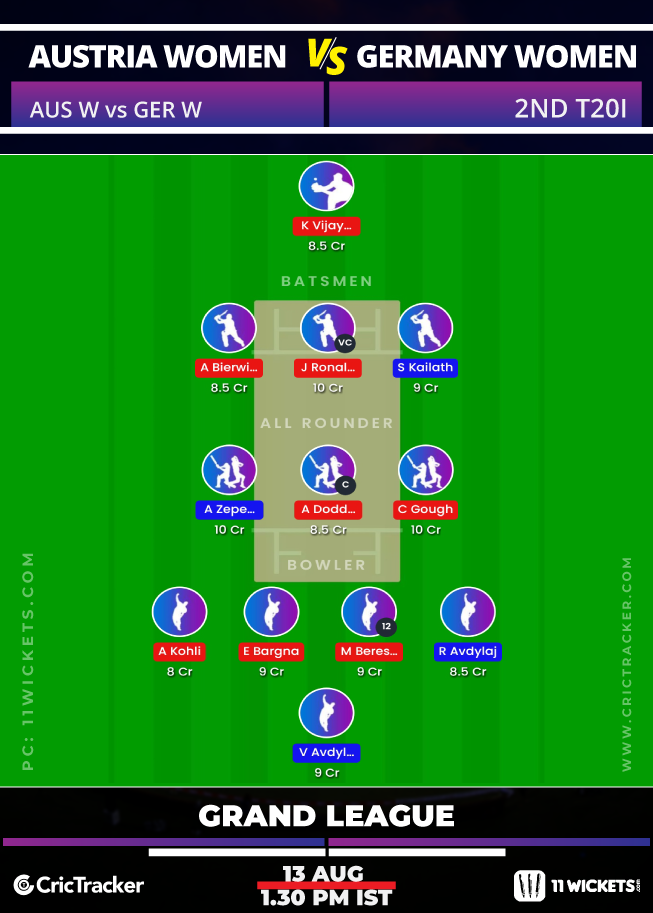 We can expect few changes in the batting line-up of the Germany Women if they bat first on Thursday. During the first T20I, only three players got to bat a decent number of overs.

Germany Women are expected to register yet another thumping win over the hosts Austria Women.