Emma Bargna opened the bowling for Germany Women and claimed three wickets at the cost of 13 runs. 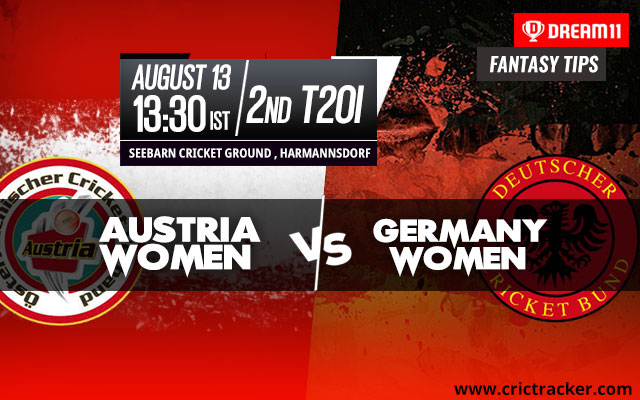 The 2nd game of the 5-match T20I series between Austria Women and Germany Women will be played at the Seebarn Cricket Ground in Harmannsdorf.

The 5-match T20I series between Austria Women and Germany Women began on Wednesday where the visiting team registered a thumping win. Opener Christina Gough rode her luck to finish with a 62-ball 72 as Germany posted a huge total of 165/2 in the 20 overs. The home team were no match to the Germans as they were bowled out for 83 in 19 overs. No batter except the skipper Andrea-Mae Zepeda got into double digits while the 27 extra runs contributed nearly one-third of the team’s total.

The second T20I between Austria Women and Germany Women is expected to get completed unaffected.

The Seebarn Cricket Ground in Harmannsdorf made the International debut on Wednesday where the slow outfield caught the attention. The boundaries are decent and hence Germany team could find it easy to reach 150-run mark every time they bat first.

Anuradha Doddaballapur, the Germany skipper, scored an unbeaten 40 while batting at No.3 and also picked up a wicket.

Christina Gough was the top scorer in the first T20I played on Wednesday where she amassed 72 from 62 balls while opening the batting.

Emma Bargna opened the bowling for Germany Women and claimed three wickets at the cost of 13 runs.

Andrea-Mae Zepeda scored an unbeaten 35 during the first T20I but had no success with the ball. 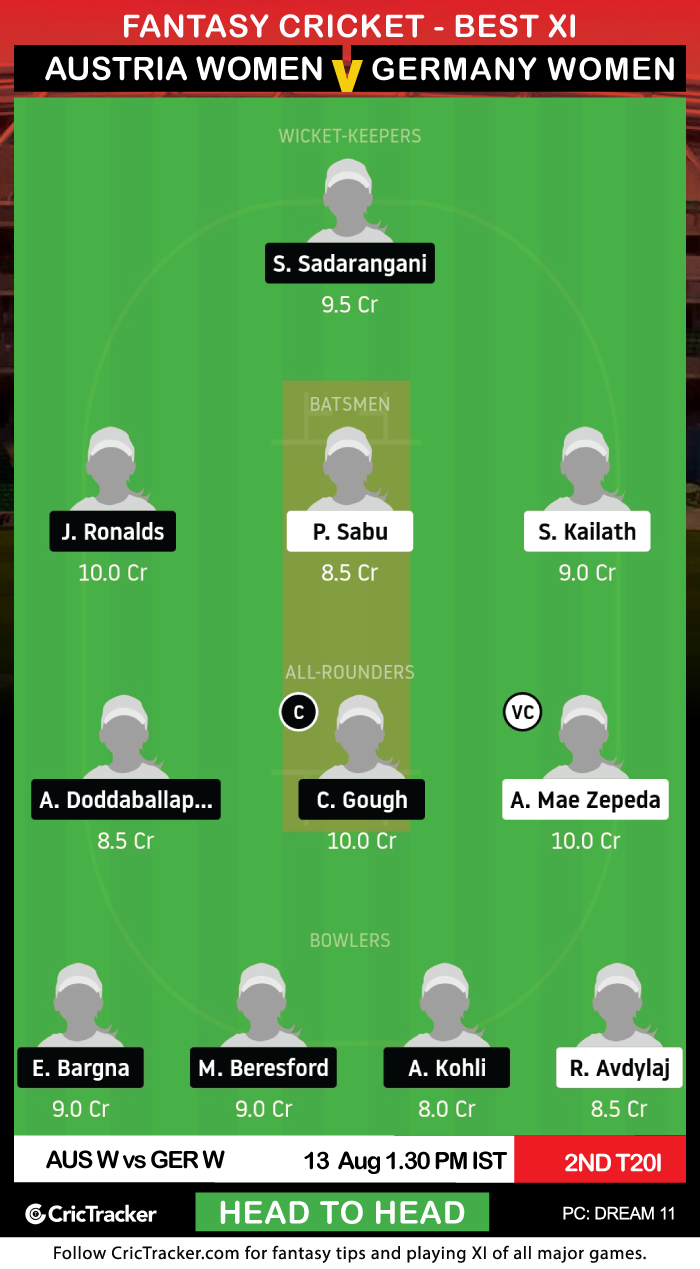 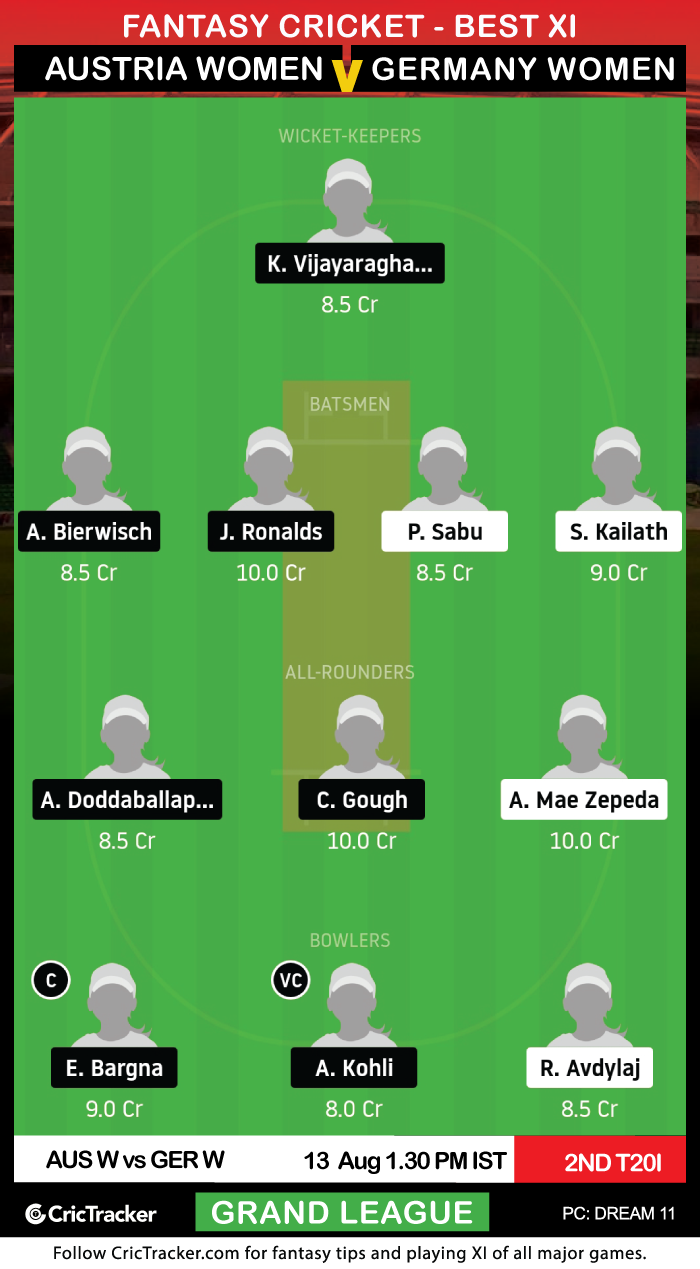 Karthika Vijayaraghavan is the better choice among the category of wicketkeepers as she will be keeping wickets for Germany instead of Sharanya Sadarangani. However, in the case of seven Germany players being picked from the other three categories, Büsra UCA is the ideal choice.

Germany Women are expected to continue their winning spree over the Austria Women in this series.