Christina Gough scored 72 from 62 balls while opening the batting and was economical with the ball later on. 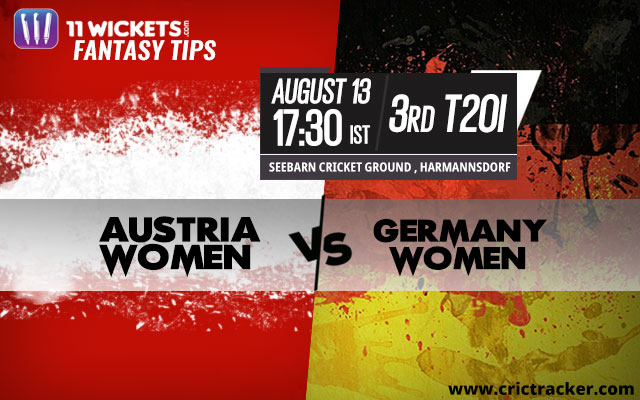 The 3rd game of the 5-match T20I series between Austria Women and Germany Women will be played at the Seebarn Cricket Ground in Harmannsdorf.

Thursday will witness a doubleheader between Austria Women and Germany Women in Harmannsdorf. The Germany Women, who extended their T20I winning streak to five matches, will be looking to end the day by taking the winning spree to seven games. The first match saw an astonishing difference between the two teams as Germany team were a level ahead of the hosts in all departments. Austria Women, the No.50 ranked side, have a lot of effort to put on Thursday to match the German team.

There could be rain at the Seebarn Cricket Ground late in the evening but the match is expected to be finished by that time.

The Seebarn Cricket Ground in Harmannsdorf is hosting this Women’s T20I series on a matting track which is quite uncommon when it comes to International cricket. Hence, we might not see any gradual change in the nature of pitch due to multiple matches in a single day.

Anuradha Doddaballapur scored an unbeaten 40 while batting one down for Germany and also picked up a wicket.

Christina Gough scored 72 from 62 balls while opening the batting and was economical with the ball later on in the first T20I.

Andrea-Mae Zepeda, the Austria skipper, scored an unbeaten 35 and gave away only 22 runs in four overs during the first T20I. 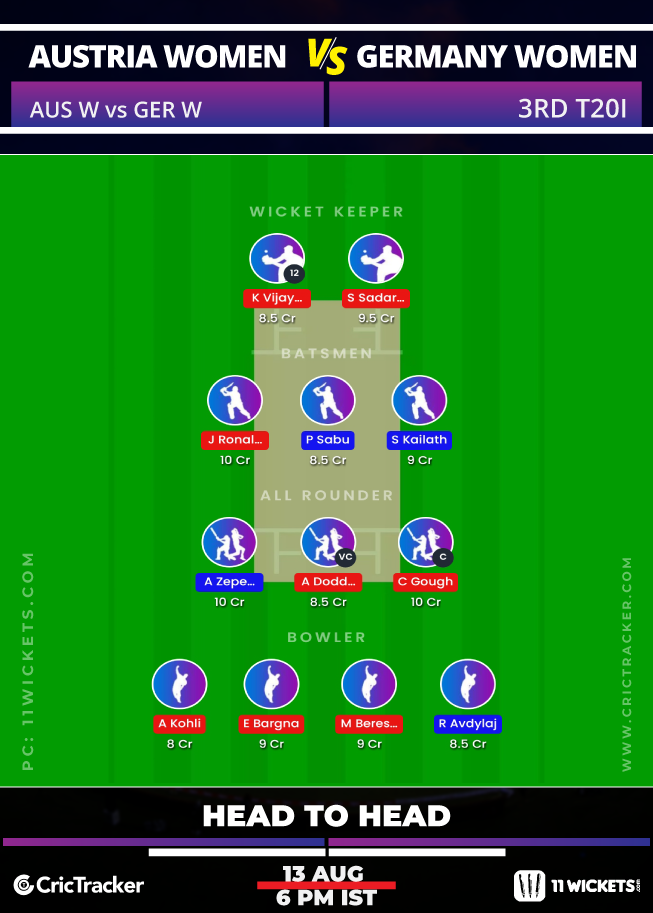 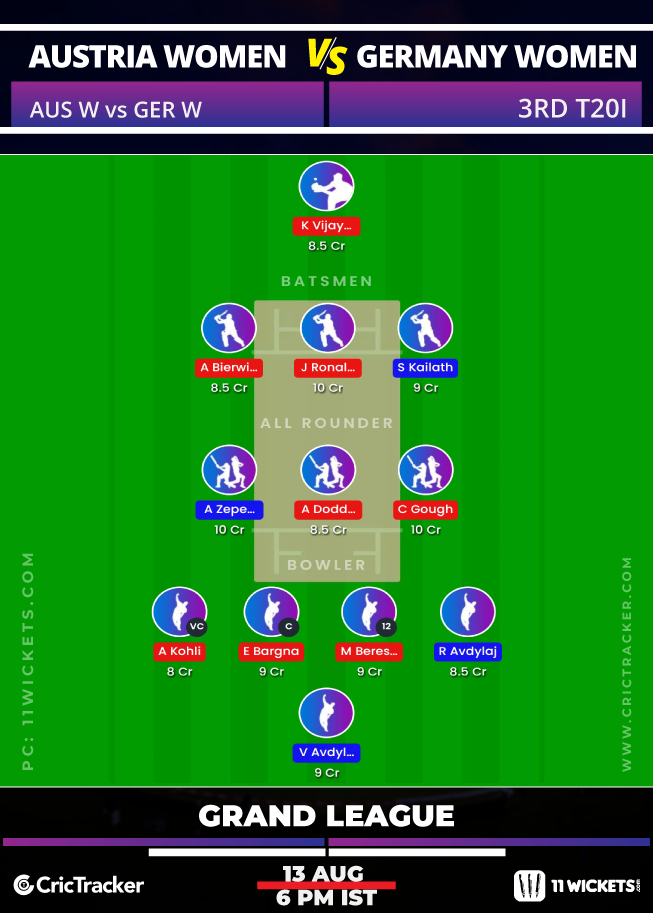 There is a slight possibility of rain around the close of the second innings. Hence, Germany could prefer to bowl first if they bat first. Austria will obviously ensure they bat first considering after the first match debacle. In such case, the Germany bowlers will be crucial who is expected to run through the Austria line-up.

Austria Women might have very little to do against Germany Women going by the performances on Wednesday.