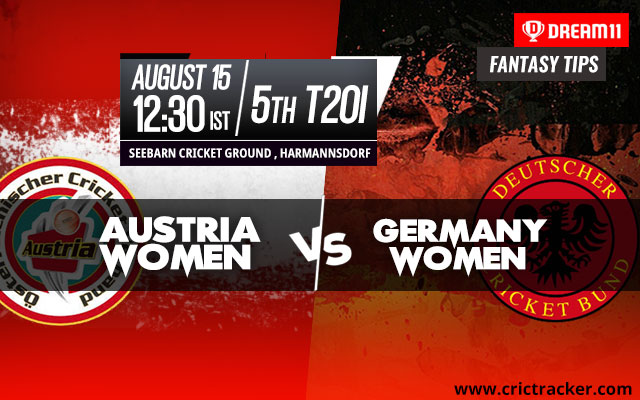 The 5th game of the 5-match T20I series between Austria Women and Germany Women will be played at the Seebarn Cricket Ground in Harmannsdorf.

Germany Women continue to be ruthless over the Austria Women as they cruised to their 4th successive win on the tour. In the 4th T20I on Friday, the opener Christina Gough scored an unbeaten ton while the other opener Janet Ronalds played a key role during an unbeaten partnership for the first wicket exactly opposite to what happened on Thursday in the 2nd T20I. The pair with two unbeaten 190+ partnerships in two days could end up getting a rest from the last T20I at least from opening the innings once again.

The 5th T20I between Germany Women and Austria Women could be interrupted by scattered thunderstorms on Saturday.

The Seebarn Cricket Ground pitch has worked according to the strengths of the teams in this series. Germany Women found it easy post big totals while Austria Women couldn’t even reach 100-run mark at least once in this series.

Janet Ronalds has aggregated 200 runs in three innings with a best of an unbeaten 105 which is the highest individual T20I score for Germany Women.

Christina Gough has scored a century and two fifties in the three matches she batted and has an economy rate of 1.33 from nine overs bowled.

Andrea-Mae Zepeda, the Austria skipper, has aggregated 70 runs in four matches while none of her teammates even scored more than 22 runs. 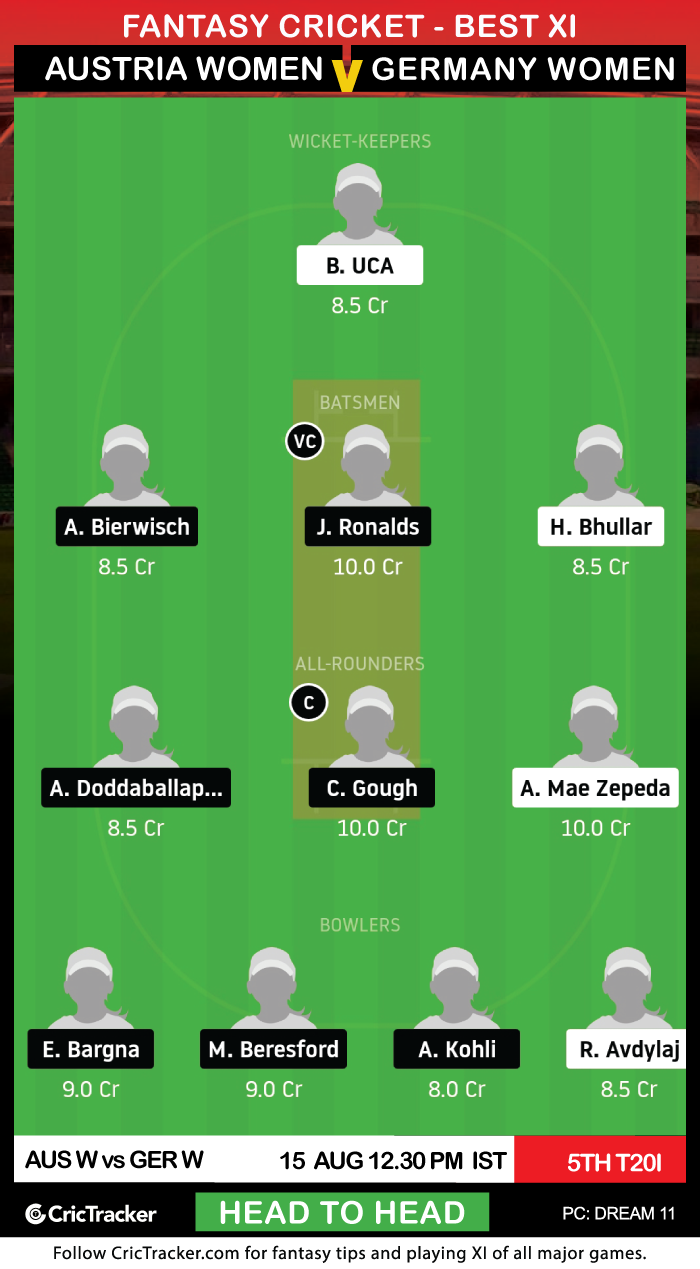 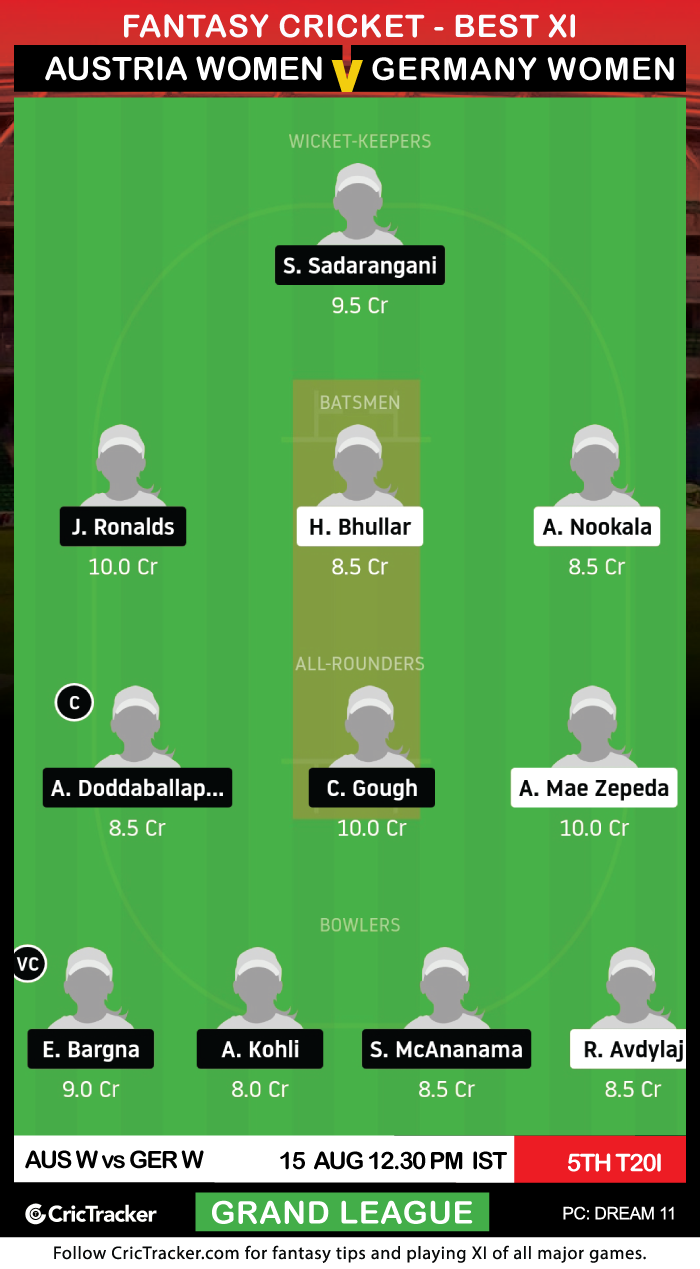 Sharanya Sadarangani could get a promotion as opener like during the 2nd T20I if Germany bowls first on Saturday. They could send her up the order even if they bat first as Austria have failed to get going against the visiting bowlers. Even Karthika Vijayaraghavan will be in line to take the opening role as she didn’t get proper chances in this series thus far.

Germany Women are expected to complete a whitewash over the Austria Women on Saturday with yet another big win.