Akash Kargave is a key player from his side who has had a good time with the bat in the competition.

Avengers and Titans are all set to lock horns against each other in Match 26th of Pondicherry T10 Series, 2022.  Titans are coming off a win over the Royals by 24 runs in their previous game, extending their winning streak to three games. The Avengers, on the other hand, lost by 6 wickets against the Warriors, ending a two-match winning streak. A win here will put them on a good track.

The surface at Sichem Cricket Ground is more conducive to batters than bowlers, as the ball comes off the bat nicely. This game’s trend is expected to continue. Spinners should be used in the middle overs of the game.

Jay Pandey is a key player from his side. He has scored 133 runs and taken 4 wickets at an average o 26.60 in six games in the competition.

Siddarth Naidu has batted well so far in the competition, amassing 140 runs at an impressive average of 28 in six games.

Akash Kargave is another key player from his side who has had a good time with the bat in the competition. He has hammered 158 runs at an outstanding average of 31.60 in six games. 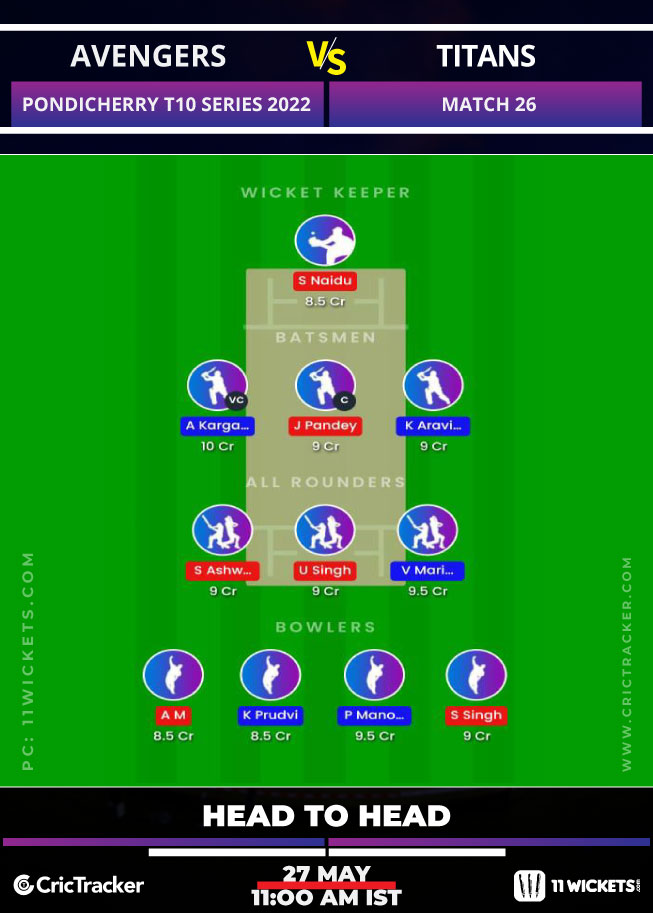 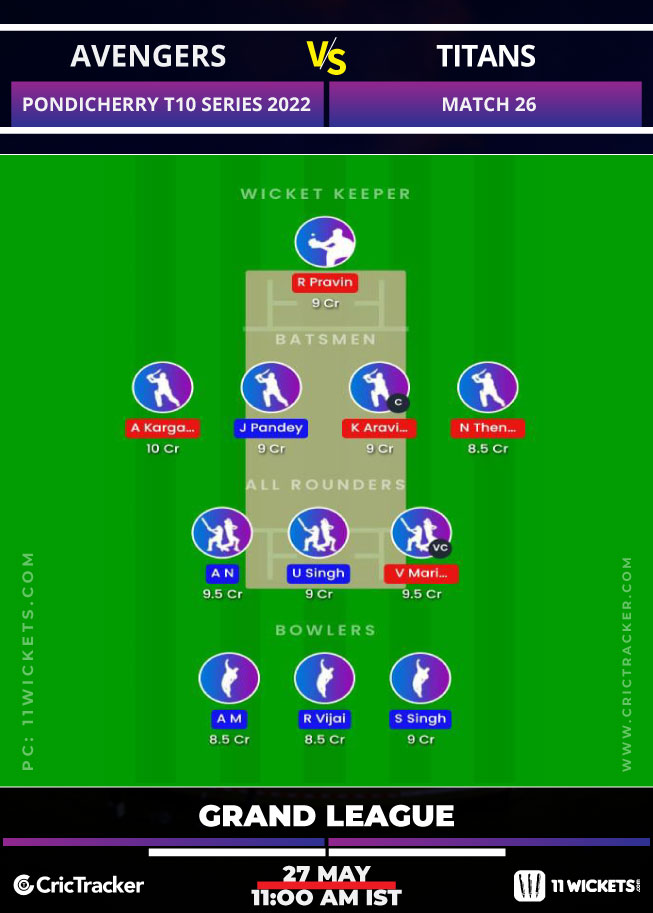