The 22nd match of the Pakistan One Day Cup 2021 will be played between Balochistan and Central Punjab at State Bank of Pakistan Sports Complex, Karachi on Friday.

Balochistan’s story is different from Central Punjab as they didn’t have a good time in the ongoing competition. They have lost 5 out of their eight matches and are rooted on the points table. So, it will be a very tough for Balochistan to win the battle against an in-form team in the upcoming game. However, Central Punjab would look to win this match to make their chances stronger for play-offs.

The weather is forecasted to be sunny on Friday with no chance of precipitation. The temperatures will be hovering around 23-27 Degrees Celsius mark.

The track at this venue is a batting-friendly where anything above 300 is easily chased. So, team winning the toss will look to chase on this turf.

310 (Out of last six matches played on this venue)

‘When he comes home, I will kiss where he is hurt’ – Cheteshwar Pujara’s daughter has cutest remedy for his injuries

Tayyab Tahir is the third highest run-getter of the league,  who has plundered 393 runs at an average around 66. He has three fifties and a hundred to his name.

The skipper of the side Saad Nasim has contributed well with the willow and piled 350 runs in seven games at an average of around 59.

Usman Qadir has been brilliant with the ball in the last match as he went on to pick 6 wickets for his side. Overall, he has plucked 12 wickets in just three games.

Ahmed Bashir has bagged 12 wickets in his seven outings and is expected to lead the bowling alley for Central Punjab in the upcoming game.

The skipper of Balochistan, Imran Farhat has looked in good form in the ongoing edition of the league. He has amassed 328 runs from seven games that he played at an average of around 47.

Bismillah Khan will be the other player to watch out from this team. He has scored 240 runs so far in the league and can give a good start once he gets his eye on the ball.

Taj Wali will be the key bowler for Balochistan in the upcoming game. He has picked up 11 wickets which is the most by any bowler from his side. 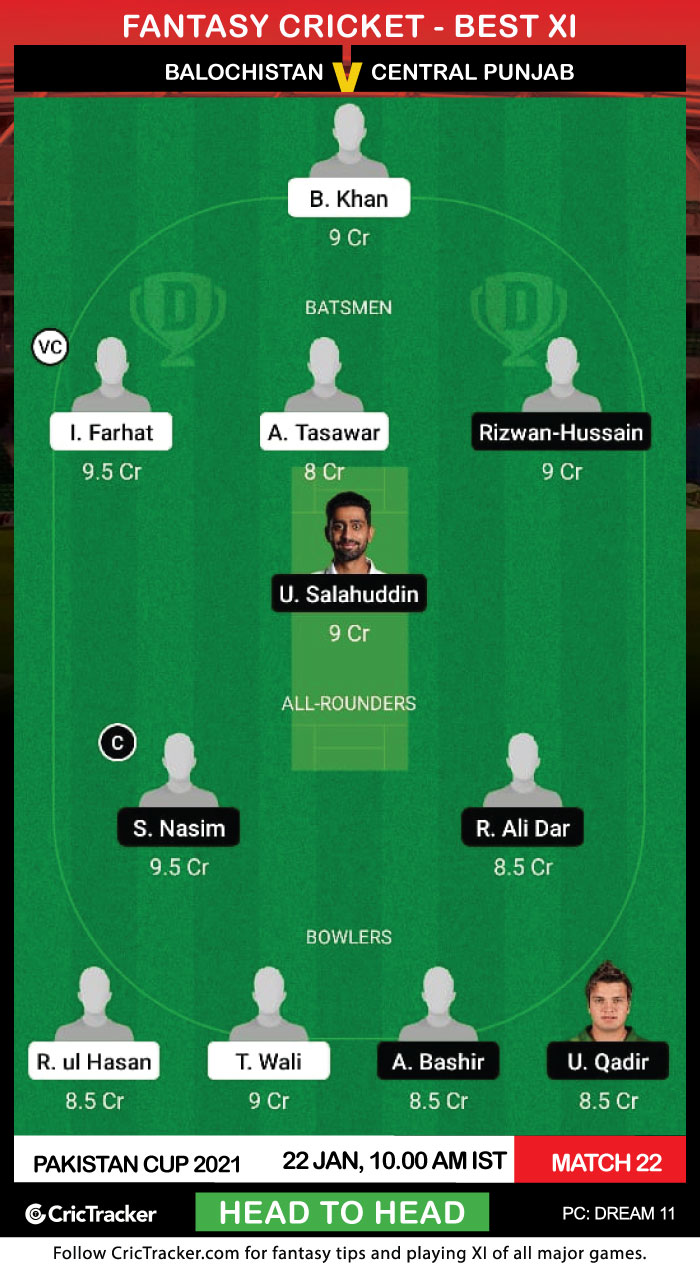 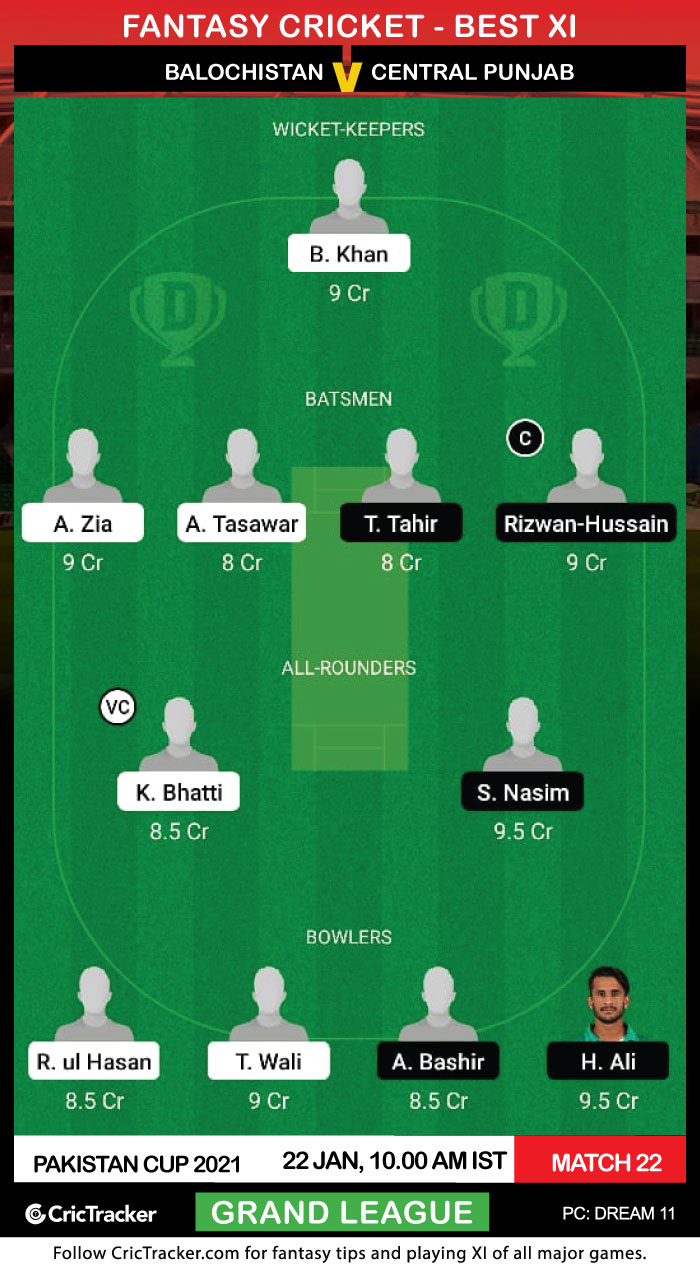 Kashif Bhatti is a talented player who can add points to your fantasy team with both the bat and the ball. You can try him as a captain or vice-captain.