Imam-ul-Haq has registered three half-centuries in the National T20 Cup 2020. He aggregated 92 runs against Sindh recently.

The 27th match of the National T20 Cup will be played between Balochistan and Northern at Rawalpindi Cricket Stadium, Rawalpindi.

The match is scheduled to start at 3:00 PM local time (3:30 PM IST) and will be streamed on the Pakistan Cricket YouTube channel.

Northern have cemented their pole position on the standings with six wins in eight matches of the National T20 Cup 2020. They will battle Balochistan in their penultimate league stage fixture. It is noteworthy that although Northern are at the top of the points table, they lost their last match against Sindh by 25 runs.

On the other side, Central Punjab tamed Balochistan by nine wickets in their previous match. Balochistan could only score 125/8 in their 20 overs. To make things worse for them, their rivals chased down the score in just 13.4 overs. Their net run rate has dipped to -0.433 now.

BAL vs NOR Weather Report for Match 27:

There are no predictions for rainfall in Rawalpindi. The sun is expected to shine bright during the match time as the temperature will stay around 28 degrees Celsius.

The pitch at the Rawalpindi Cricket Stadium has been equally supportive to the batsmen and the bowlers. The teams batting first have breached the 200 runs landmark in the last two games played here.

179 (Last 5 games played at this venue in this tournament)

BAL vs NOR Top Picks for Today’s Dream11 Match:

Imam-ul-Haq has registered three half-centuries in the National T20 Cup 2020. He aggregated 92 runs against Sindh recently.

Haris Sohail had scored a fine fifty against Northern earlier in the tournament. He hit four fours and two maximums in his 51-runs knock.

Shadab Khan has been one of the most consistent players in this competition. He scored 26 runs and took a wicket in his previous game.

Asif Ali will be the top captaincy choice from the Northern batting lineup. The right-handed batsman had scored 41 runs in his last innings against Balochistan.

Suggested Playing XI No.1 for BAL vs NOR Dream11 Fantasy Cricket: 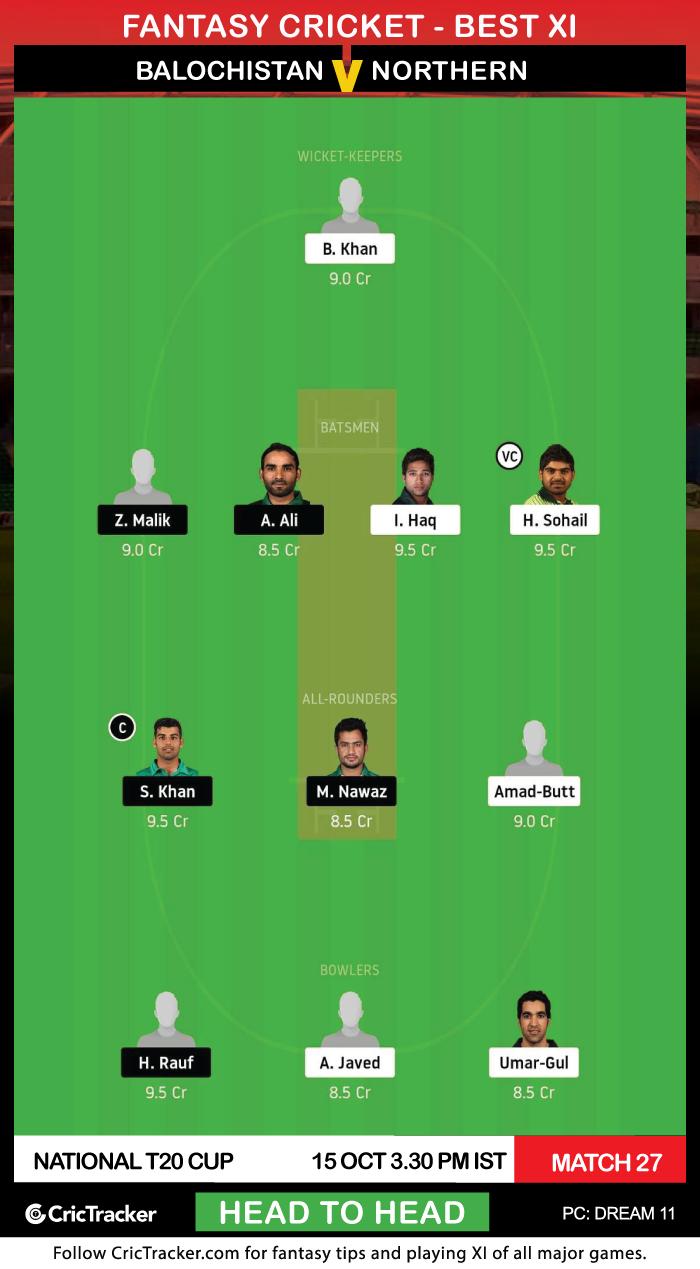 Suggested Playing XI No.2 for BAL vs NOR Dream11 Fantasy Cricket: 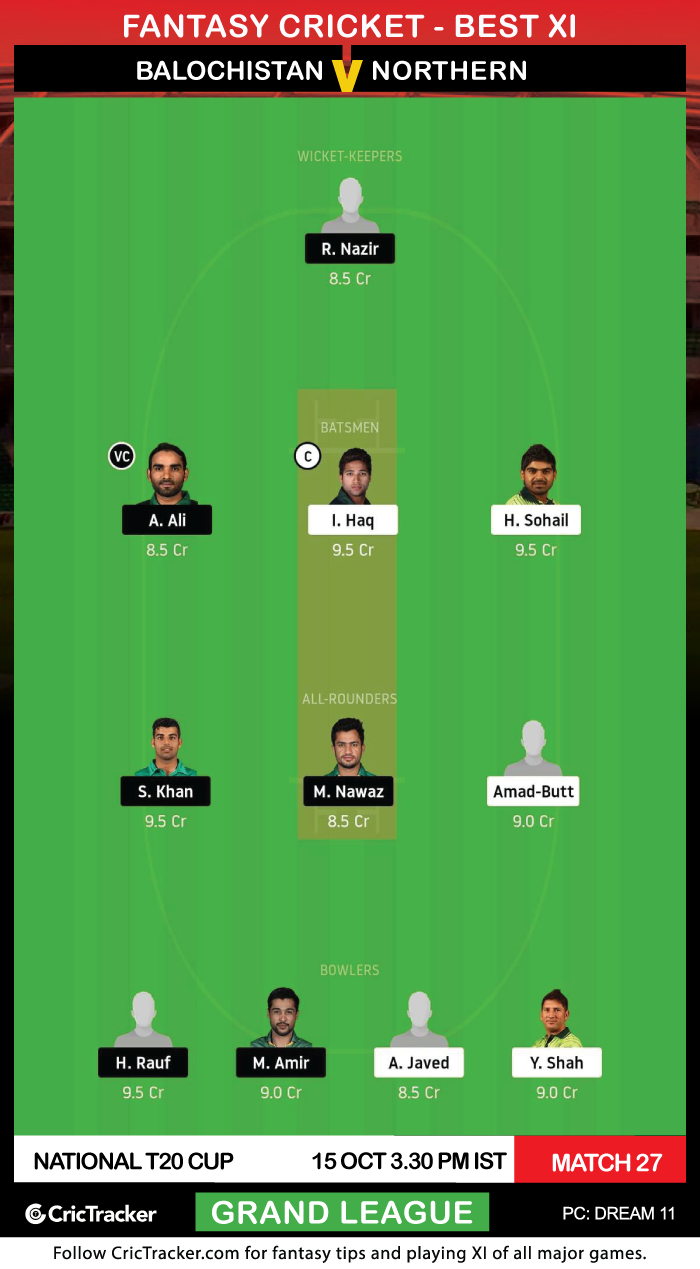 Mohammad Amir has been inconsistent in this tournament, but he was the pick of the bowlers for Northern in their last game. Besides, he had scalped two wickets against Balochistan earlier in the competition. It is advisable to pick him in the team.

Today’s BAL vs NOR Probable Winners:

Northern are predicted to win this match.