Pakistan will aim to take their winning momentum further in the Test series against the Tigers.

Bangladesh and Pakistan will face each other in the first Test on Friday, November 26. The former were whitewashed by the visitors in the T20I series. The Tigers will now be determined to bring a change in their fortunes inthe red ball game. Shakib Al Hasan will not play the first Test owing to an injury.

Pakistan, on the other hand, has had an impressive time in Test cricket lately. They will aim to take their winning momentum further in the Test series against the Tigers. The green shirts will be eager to kick start their WTC campaign on a winning note.

The pitch is expected to slow down as the game progresses. Spinners might get an edge on this deck.

IPL 2022: 4 players who took a pay cut in their salary from last season

MS Dhoni has been the mainstay of CSK, gets the best out of the team: CSK CEO Kasi Viswanathan

Babar Azam is one of the strongest links of Pakistan’s chain. He has an impressive record in the longest format of the game and the team will pin a lot of hope on him to perform. He has scored 2362 runs at an excellent average of more than 42 from 35 Tests.

Liton Das will be a key asset to his team, considering the experience he has under his sleeves. He has scored 1229 runs from 25 Test matches.

Mehidy Hasan will be a key player for the side in the Test series. His contributions will be pivotal for the team heading into the longest format against the tough contenders.

Shaheen Shah Afridi is one of the pivotal cogs of Pakistan’s wheel. From just 19 matches so far, he has scalped 76 wickets.

The other bowler who is expected to shine in this contest is Hasan Ali. The pacer has clinched 63 wickets from 15 Test matches.

Keeper-batter Mohammad Rizwan has been one of Pakistan’s most consistent players. He has been in splendid form across formats. He has scored 914 runs from 17 Test matches so far. 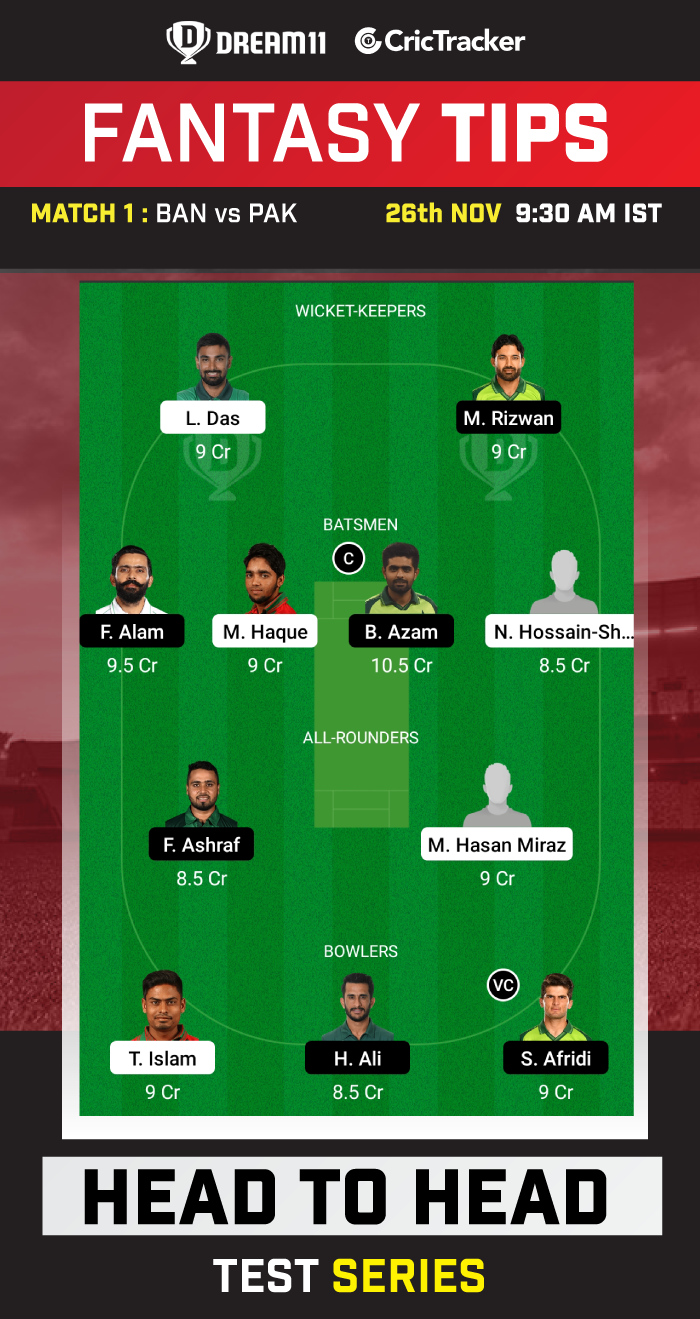 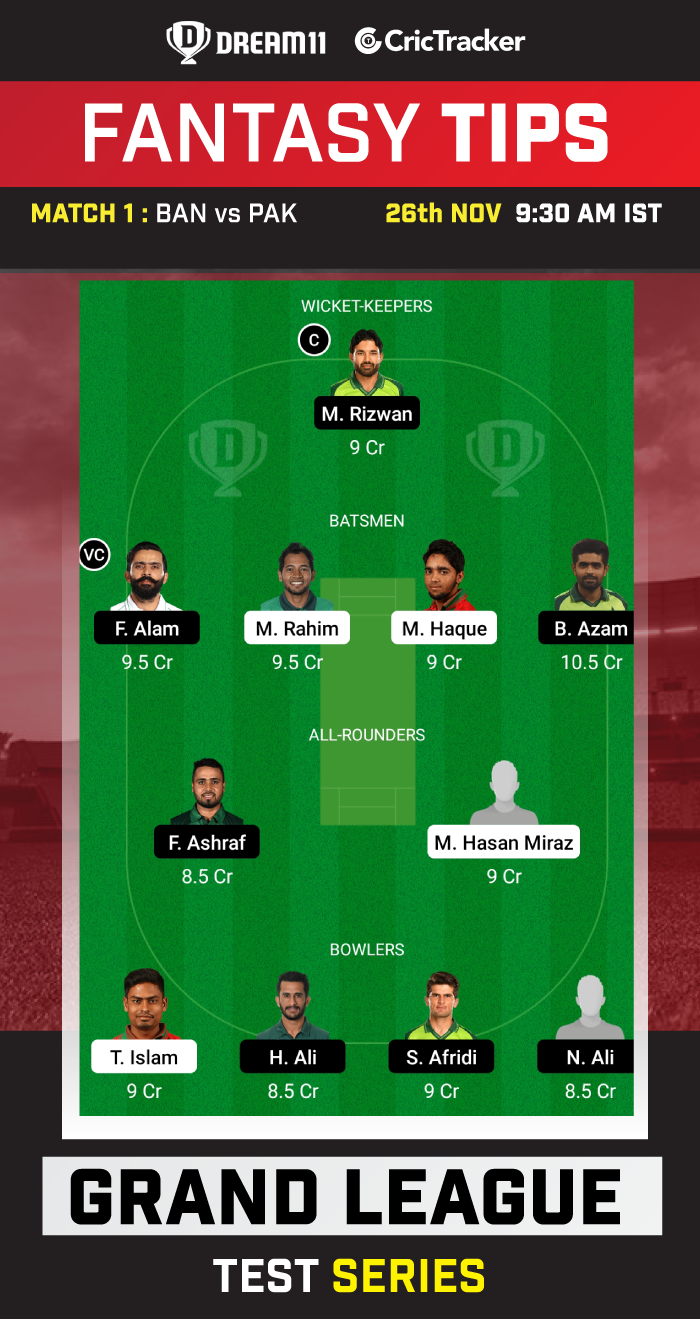 Shadman Islam has played just 8 Test matches so far, but has shown promise aplenty. The opening batter can be a risky captaincy choice for this match.

Ebadot Hossain has a young Test career having played just 8 matches. Against the dominating Pakistan batters, he might need to toil hard to reap rewards.