Shakib al Hasan can be a good pick for this match. 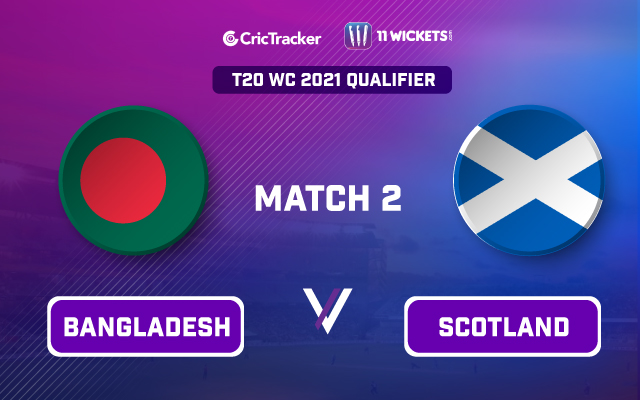 Bangladesh and Scotland will lock horns in match 2 of the World T20 Cup on Sunday, October 17. The former have had a good run in this format lately. They defeated both New Zealand and Australia in the home series and thus would have their spirits high.

Scotland had an impressive run in the recently concluded UAE Summer T20 Bash. They also won their warm-up games against Netherlands and Namibia. Heading into this encounter of the marquee event, both the teams will look forward to putting their ‘A’ game to display.

The surface is expected to be a neutral one. Both the batters and the bowlers are likely to get enough assistance from this pitch.

Shakib Al Hasan has been exceptional for Bangladesh. He has been a pivotal cog of the team’s wheel and will be determined to perform for the side in the crucial game. He can be a good player to bank on.

Mark Watt ran through Netherland’s batting lineup to pick up four wickets in the warm-up match. He picked up two wickets against Namibia as well. He will be determined to take the momentum further for the side.

Calum MacLeod is one of the prime players of Scotland. His contributions will be important for the side in the tournament. He can be the other good pick for this match. 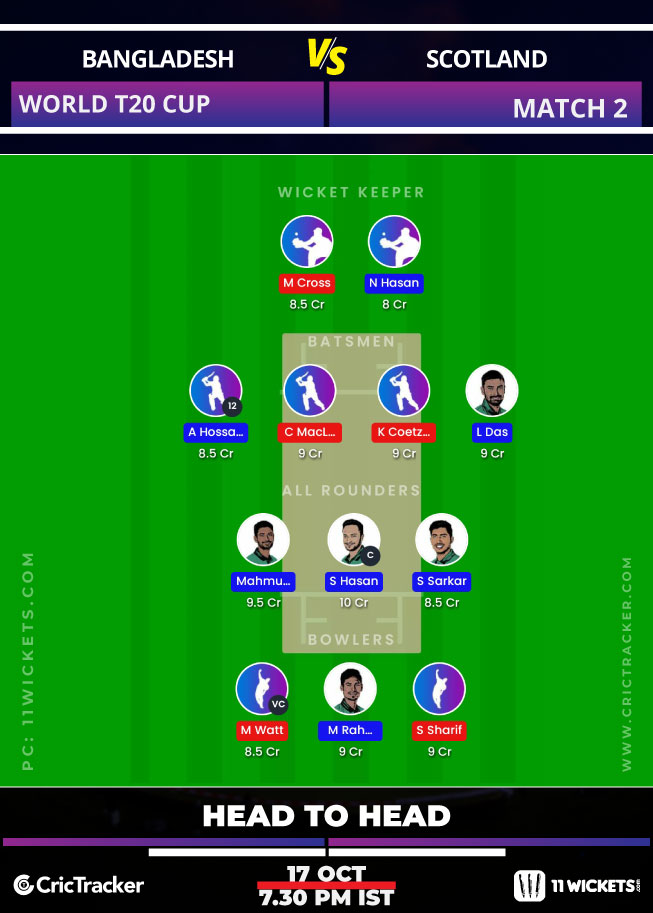 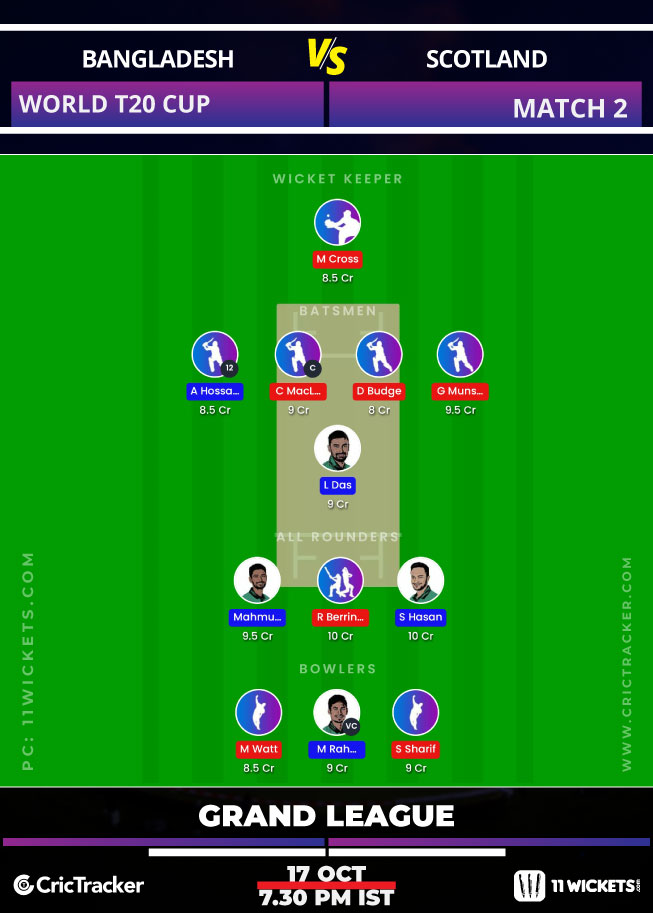