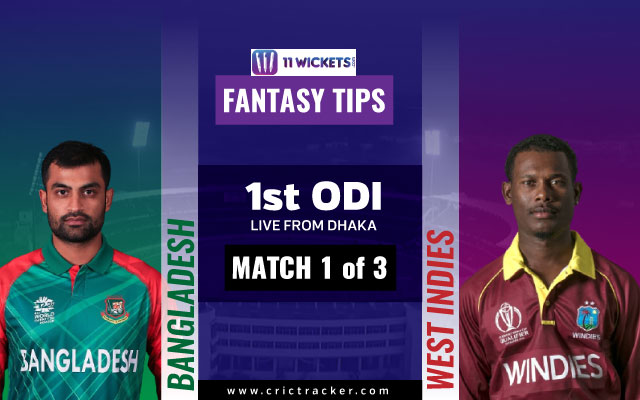 The first match of the three-match ODI series between Bangladesh and West Indies will be played at the Sher-e-Bangla National Stadium, Mirpur, Dhaka.

This match is scheduled to start at 11:00 AM IST (11:30 AM Local Time). It will be live on Star Sports Network and can be streamed live on Hotstar.

The situation West Indian cricket team are in is a peculiar one. While loads of their first-team members have opted not to join the team in the Bangladesh tour due to COVID-19 concerns, some are missing because of personal reasons. As a result, the side that has arrived in Bangladesh is a raw and inexperienced one.

They will be taking on a strong Bangladesh team, who have recently received a massive boost in the form of Shakib Al Hasan. While the Bangla Tigers are the obvious favourites to win this game, the West Indies team also has got to the ability to pull off a surprising win.

It will be a pleasant day here at the capital of Bangladesh, with the temperature being around 24 °C. The chances of rain are only 17%.

The track here at the Sher-e-Bangla Stadium is a balanced one, where anything around 250 should be a good total. The team winning the toss should opt to bat first.

Shakib Al Hasan’s addition is bound to be a massive boost to the Tigers. The vastly experienced player has scored over 7600 runs and has taken over 250 wickets in this format.

Tamim Iqbal goes all guns blazing whenever he faces the West Indian bowlers. The Bangladeshi skipper has scored over 900 runs for against West Indies an average of over 40.

Mushfiqur Rahim, just like his captain, enjoys batting against the West Indian bowling units. He has scored over 400 runs against this team at a brilliant average of nearly 55.

Sunil Ambris has looked impressive in the few ODI games he has played. The West Indian has scored over 400 runs in just 13 games. 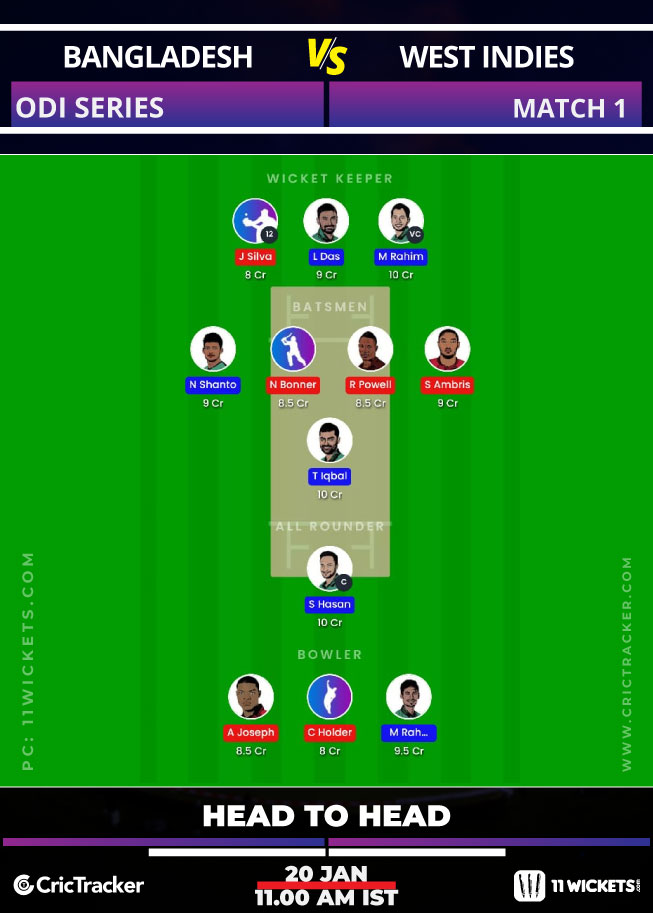 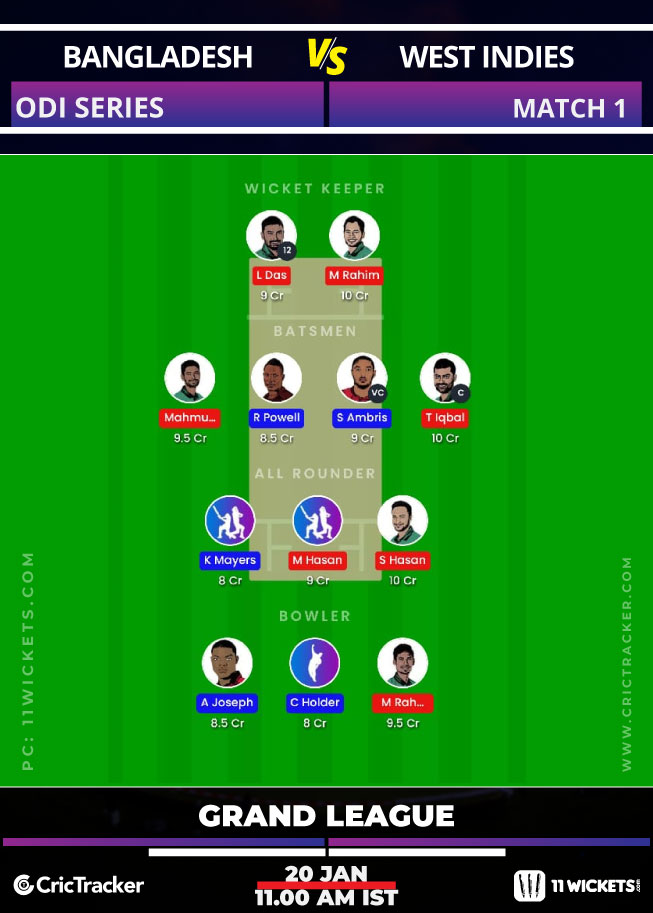 Akeal Hosein has picked up 38 wickets in just 27 List A games. He has also maintained a terrific economy rate of under 4 runs per over in that format. He can be a decent budget pick for your 11Wickets Fantasy team.