Shakib Al Hasan is the favourite option to make captain in Fantasy Cricket. 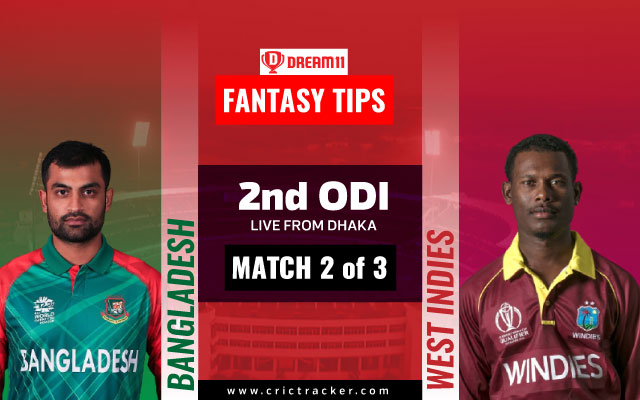 The 2nd of the three-match ODI series between Bangladesh and West Indies will be played at Shere Bangla National Stadium, Dhaka.

Bangladesh will take on West Indies in the 2nd of the three-match ODI series at Shere Bangla National Stadium, Dhaka on Friday. Bangladesh scripted a convincing victory in the 1st ODI by 6 wickets and the home side is all set to win the 2nd ODI and take the series with one game still left. The team looks more balanced with the return of Shakib Al Hasan to the International Cricket and have increased the chances of winning the series.

Tamim Iqbal has taken over the captaincy and has done a good job so far. They wouldn’t want to take the West Indies side lightly and perform to their strengths. On the other hand, the West Indies board have sent an inexperienced squad and almost all the players are touring the Sub-Continent for the first team. It will be a good exposure for them to express themselves.

With 7 players making a debut in the series opener, the team looked fragile and handed Bangladesh an easy win. Kyle Mayers batted well for his 40 from 56 balls and he is capable of performing well in the next 2 matches. West Indies are expected to give a tough fight in the 2nd ODI, having said that Bangladesh is likely to win this match.

It will be sunny in Dhaka with a temperature ranging between 19 to 23 degrees Celsius and the humidity will be 68 percent. There is no chance of precipitation for this match.

The surface here at the Shere Bangla National Stadium is always on the slower side. Batters need to run hard between the wickets as the outfield is not that quick. Spinners will get more turn from this track and quick bowlers need to vary their pace. Whoever wins the toss should bowl first.

Bangladesh skipper Tamil Iqbal has a good record for Bangladesh while opening the batting, he is capable of smashing the bowlers at the start and is expected to give good starts for the side. He scored 44 runs in the 1st ODI at a strike rate of 63.77.

Liton Das, we know how dangerous he can be once got settled. He is a very good timer of the ball and has got all the shots in the book. In his career, he averages 31.23 with the bat from 37 matches.

All-rounder Shakib Al Hasan has announced his arrival after almost one and half years and picked up 4 crucial wickets in the 1st ODI at an economy of just 1.1. He scored 19 runs with the bat at a strike rate of 44.19.

Wasim Jaffer gives it back to a fan

Kyle Mayers will remember his first ODI for a very long time as he scored 40 runs with the bat at a strike rate of 71.43.

Sunil Ambris looked good at the start in the first ODI but was trapped lbw by Mustafizur Rahman. He is capable of scoring quick runs for the side in the remaining matches.

West Indies skipper Jason Mohammad is one of the most experienced players in the West Indies squad. In the first ODI, he scored 17 runs at a strike rate of 47.22 and picked up an important wicket of Tamim Iqbal. 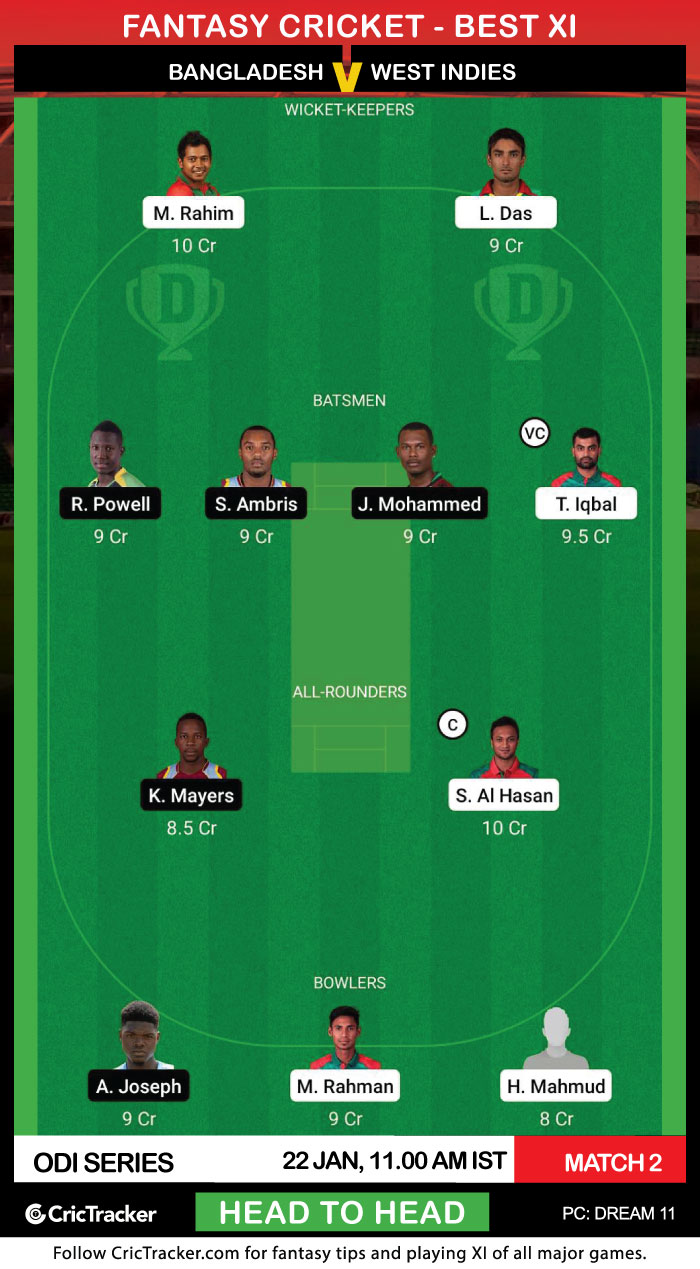 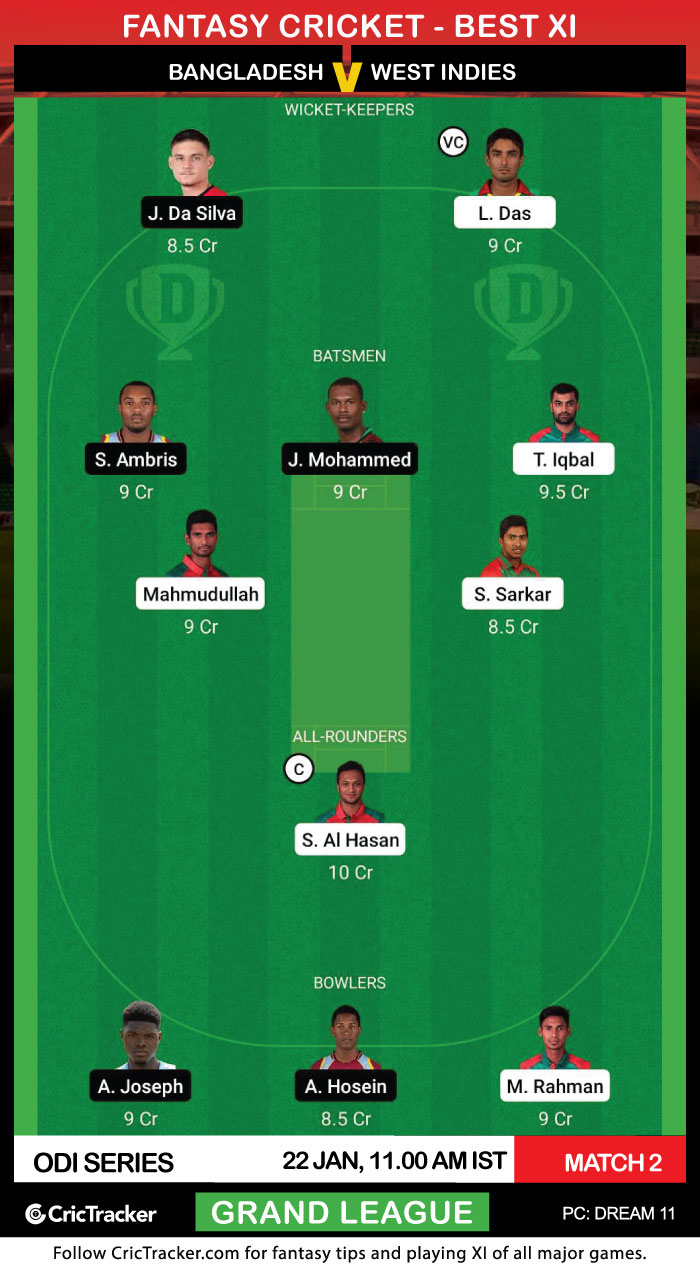 After returning to International Cricket Shakib Al Hasan showed he is still a prominent player for Bangladesh. In the first ODI he picked up 4 wickets by just conceding 8 runs and scored 19 runs with the bat. He is a suitable choice to lead one of your Dream11 fantasy teams.