The 4th game of the Bangabandhu Dhaka Premier Division Cricket League 2020 will be played between Sheikh Jamal Dhanmondi Club Limited and Khelaghar Shamaj Kalyan Shamity at the Bangladesh Krira Shikkha Protisthan No 4 Ground in Savar.

This game can be viewed on the BCB Live channel on YouTube.

The BKSP No.4 Ground in Savar will be hosting the game between Sheikh Jamal Dhanmondi Club Limited and Khelaghar Shamaj Kalyan Shamity on Monday. It will be the first match for both the teams in Bangabandhu DPDCL 2020. The Sheikh Jamal Dhanmondi team is boosted with the likes of Mashrafe Mortaza, Imrul Kayes, Nasir Hossain and Mohammad Ashraful in their side. The Khelaghar Shamaj team is slightly weaker compared to Sheikh Jamal but has inform players Jahirul Islam and Mehidy Hasan Miraz in their ranks.

Most of the morning at the BKSP No.4 Ground in Savar is expected to be cloudy but will be cleared by the afternoon.

The BKSP No.4 ground has been inconsistent at producing big totals. Only once in the last six List A matches here that the side batting first crossed the 250-run mark. A little help is expected for the pacers in the first innings here. The small targets become easy to chase down when the track gets better as the match progresses.

Farhad Hossain smacked four fifties in 12 innings during the previous edition of DPDCL where he scored 485 runs at a solid average of 44.09. Tanbir Hayder was impressive with his all-round performances during the 2019 DPDCL where he scored 520 runs at an average of 57.77 with a century and a fifty. Tanbir also claimed 13 wickets in that tournament at a strike rate of 22.3 with a 4-wicket haul.

Jahirul Islam was one of the four players with 700+ runs during that tournament scoring 735 runs at an average of 56.53. He struck three tons and three fifties across the 15 innings in that competition. Salauddin Sakil was slightly expensive during the One-Day competition but claimed 18 wickets across the 13 matches at a strike rate less than 30 with a 4-wicket haul. 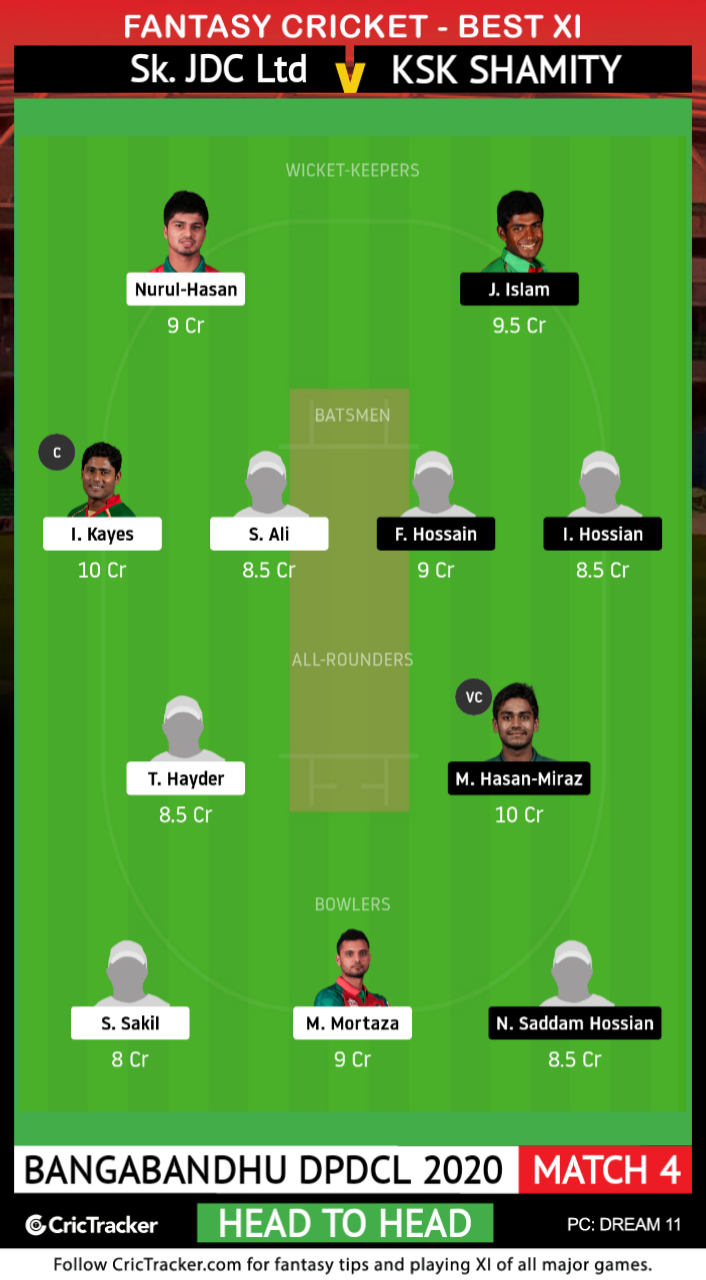 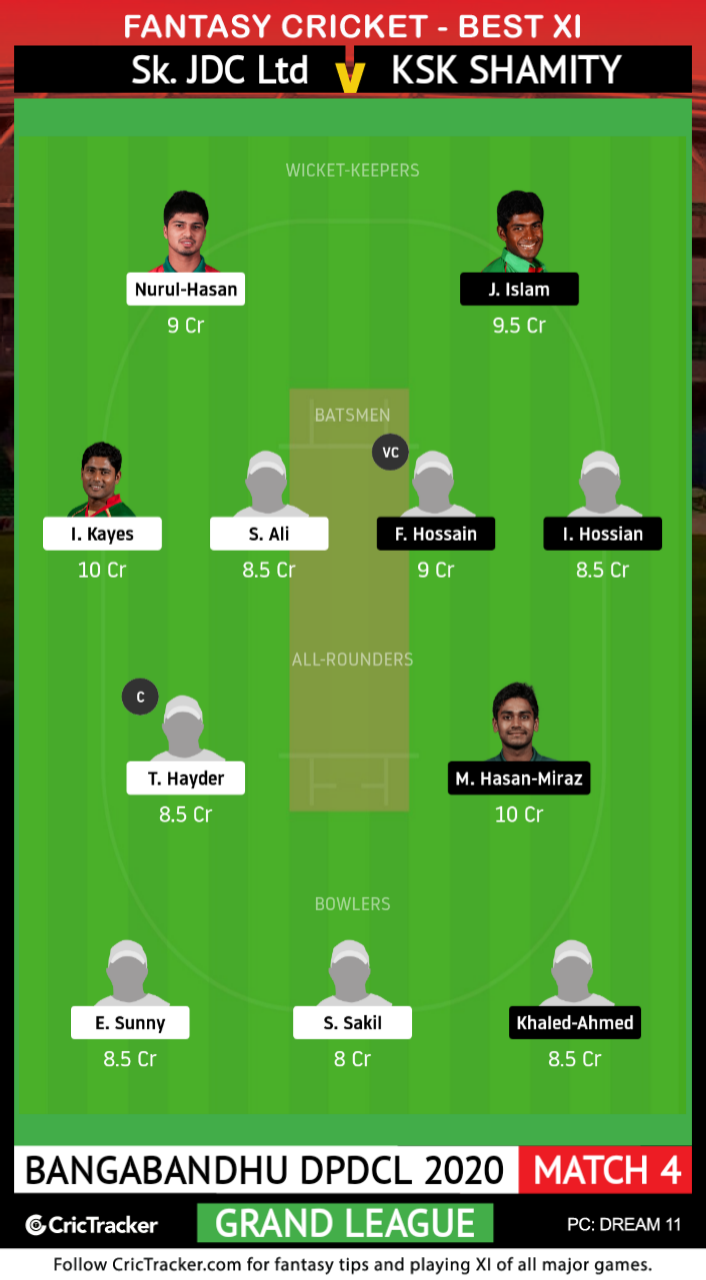 The Khelaghar Shamaj Kalyan Shamity team consists of low profiled batters and heir batting line-up is not prefixed. We could even see Mehidy Hasan Miraz batting in top four given his success as an opener in the BPL T20. Even Sheikh Jamal Dhanmondi Club Limited’s batting line-up is quite inconsistent and hence players with the dual roles will be important during this game.

The Sheikh Jamal Dhanmondi Club Limited is likely to start their campaign with a victory.