Devika Vaidya is a must as captain or vice-captain given the role she is expected to play in the series.

The 3rd and final game of the 3-match T20 series between Bangladesh A Women and India A Women will be played at the Sheikh Kamal International Cricket Stadium (SKICS) in Cox’s Bazar.

The weather continues to trouble the T20 series between India A Women and Bangladesh A Women as the first two games of the 3-match series ended without a result. The rains caused across Friday and Saturday didn’t even allow the happening of the toss. The Cox’s Bazar will be hoping to witness some play on Monday at least. Zahur Ahmed Cricket Stadium in Chattogram hosted the One-Day series where results were produced in rain-affected matches.

Bangladesh A Women have a perfect chance to seal the series by winning only one match. The India A Women team were dominant throughout the One-Day series which concluded last week. In all the three matches, the visiting team registered big wins but the Bangladesh A Women has got players who played a key role in Bangladesh Women’s qualification to the Women’s ICC World Cup 2020.

Cox’s Bazar is finally set to witness some play. The weather forecast for Monday is quite clear. The game is expected to start on time with no interruptions.

The Cox’s Bazar pitch can produce totals around 140 regularly in Women’s T20s. The teams usually do well while chasing in the matches that begin in the morning at this venue.

Devika Vaidya, Sushree Dibyadarshini and Tanushree Sarkar will be crucial in the T20 series as they were during the One-Day series. Ritu Moni is a reliable option due to her performances during the T20 CWC Qualifiers last month. TP Kanwar and Khadija-tul Kubra are good options from the bowling category.

Devika Vaidya is a must as captain or vice-captain given the role she is expected to play in the series. 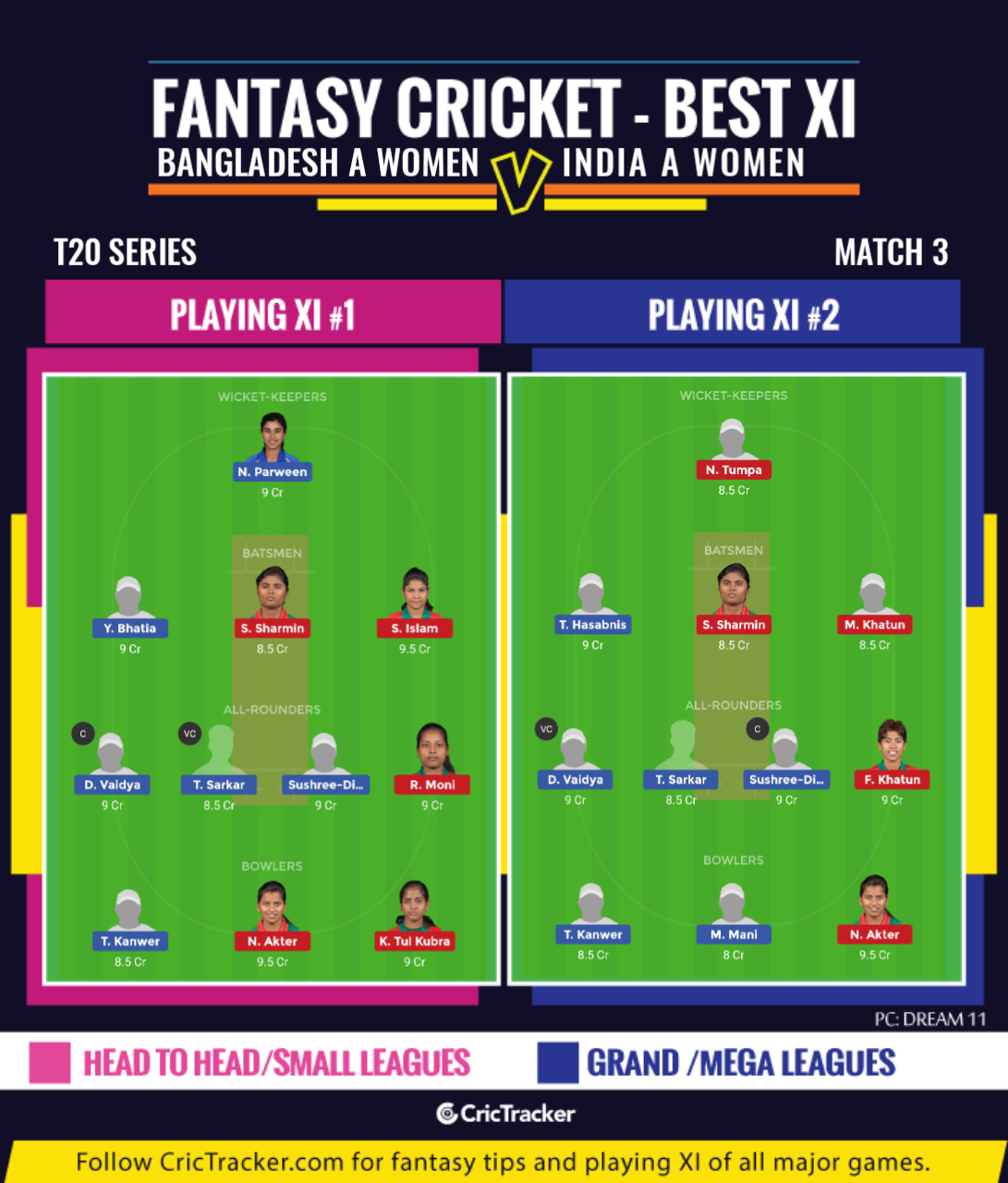 India A Women are expected to win the T20 series by taking a 1-0 lead.