Will GGC pull off another win against PBCC?

The Bangladesh Domestic Cup has reached its 73rd game. PBCC has looked good and is 3rd on the points table. They have won 9 out of the 14 games played. On the other hand, GGC hasn’t been up to the mark. They stand 6th on the points table having lost 8 of the 14 games played. GGC though can have an upper hand in this game since they defeated PBCC in their last meeting on 8th April by 4 runs. In their last 5 encounters, GGC have won 3 whereas PBCC have won 2.

The pitch looks like a decent batting wicket with some assistance to spin. Teams batting first have a huge advantage. A score of 290 runs can be expected in the first innings.

Also read: ‘You name it, I have faced everything’ – Bhanuka Rajapaksa opens up on hardships in career

Rakibul Hasan has taken 27 wickets in 14 games this season.

Dhruv Shorey has given some excellent all-round performances in the 3 games he has played. The all-rounder has scored 129 runs and taken 5 wickets.

Mehedi Maruf has scored 486 runs at an average of 40.50 this season

PBCC vs GGC Must Picks for Dream11 Fantasy Cricket: 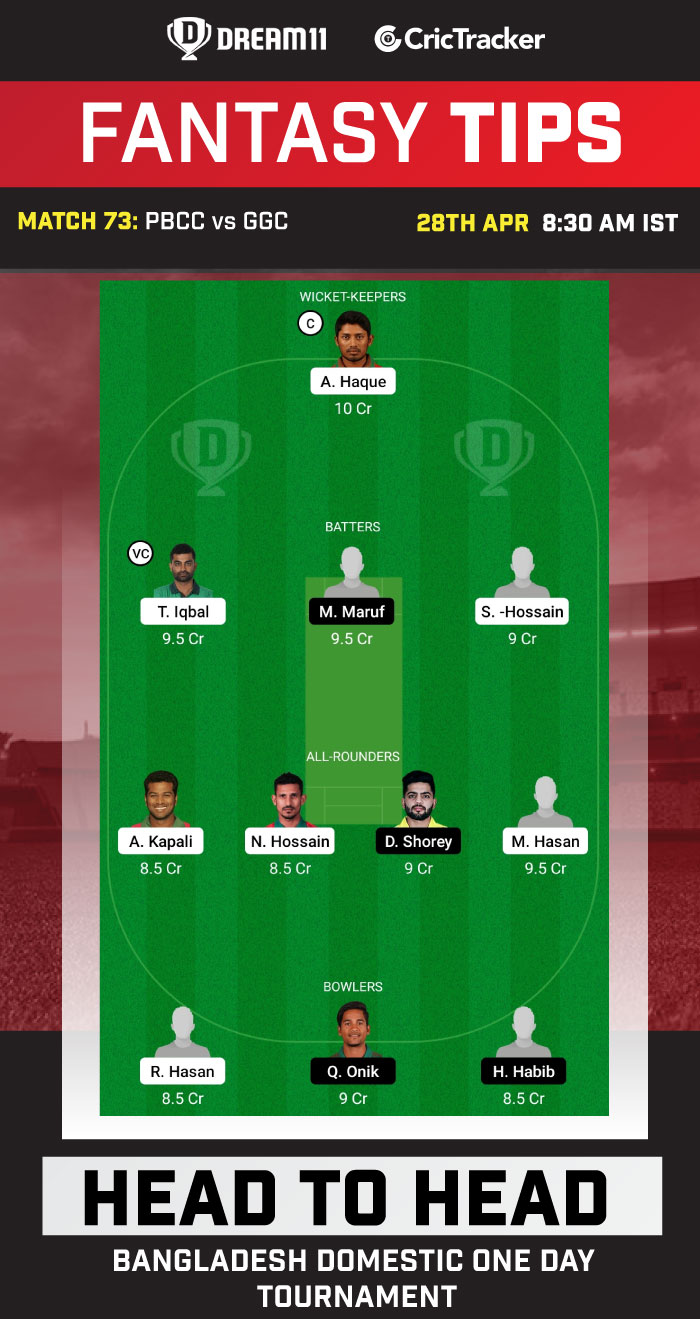 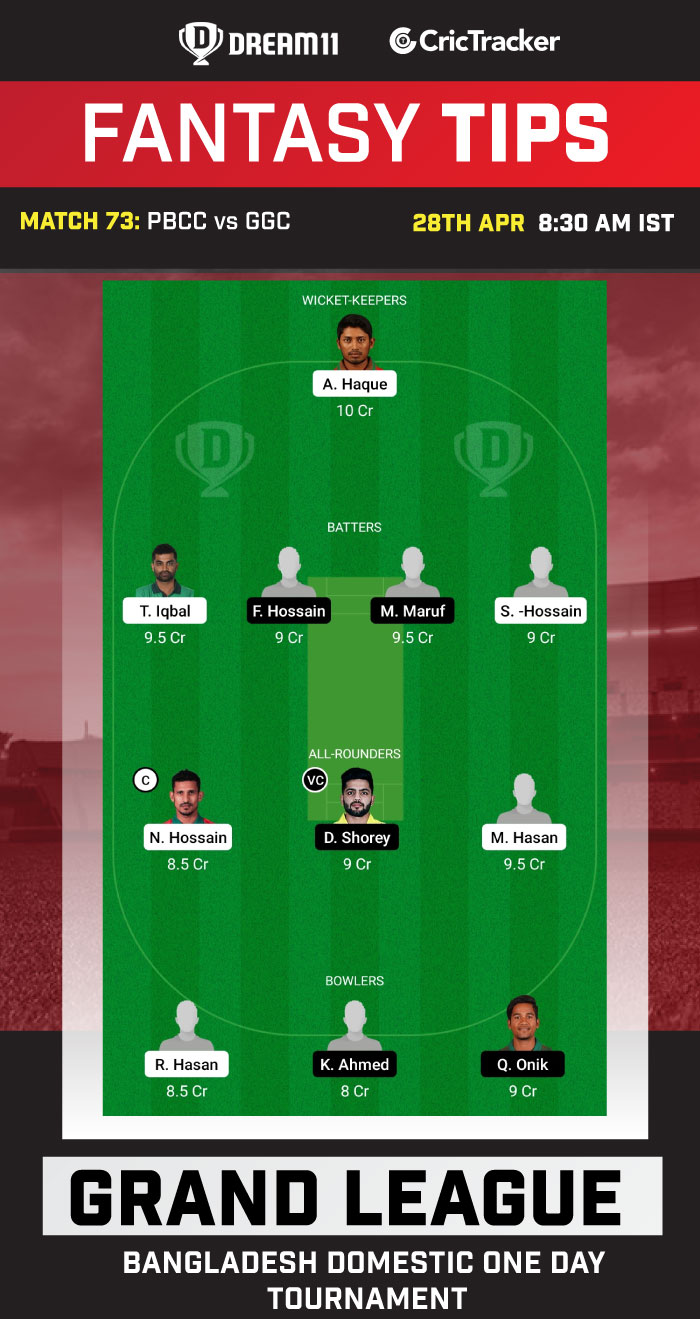 PBCC is expected to secure a victory in this fixture.