The Bangladesh Cricket Board (BCB) today announced the initial squad for the ICC Cricket World Cup 2015 in Australia and New Zealand.  The selectors instilling faith on those tried and tested at the same time gave opportunity to the youngsters to make a mark ahead of the World Cup 2015.
With recent performance against Zimbabwe some of them had already sealed their spots while a few new names came around.

In its Press Statement the BCB said:
Chairman of BCB National Selection Panel Faruque Ahmed said the 30-man squad is an accurate reflection of the resources on hand:
“I believe we have picked the strongest 30 available to us at the moment. We have concentrated on creating back-ups for every position because it will be a long tournament. We have a good balance in the side with all areas covered. 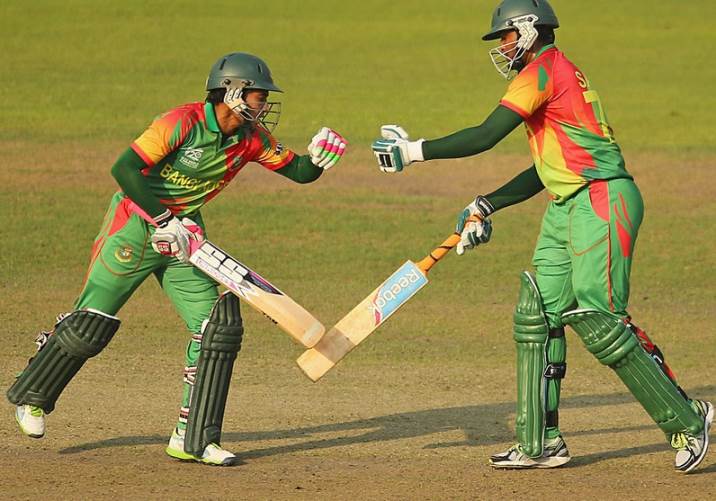 “Most of the players who have been in or around the national team during the last six or seven months have been given a chance. There is a noticeable blend of youth and experience.

The Chairman of selectors also said though conditions in Australia and New Zealand during the world cup will be challenging they have picked a squad from the best resources available to them.

“The conditions in Australia and New Zealand will be a challenge for all the sub continental teams including Bangladesh. We cannot create those conditions here and that’s why we have selected players based on performances in competitions they have appeared in and our intuition.”