Chadwick Walton made 89 runs off just 44 deliveries in the Eliminator.

Chattogram Challengers and Comilla Victorians would be playing the second qualifier of the Bangladesh Premier League on Wednesday. The Challengers defeated Khulna Tigers in the Eliminator by seven runs to book a place in this game. They made 189 runs for the loss of five wickets and restricted the Tigers to a score of 182 runs. Chadwick Walton made 89 runs off just 44 deliveries and won the player of the match award.

Comilla Victorians lost the first qualifier against the Fortune Barishal and have one more chance to qualify to the final. Barishal made 143 runs for the loss of eight wickets and Shohidul Islam picked three wickets for the Victorians. In reply, the Victorians suffered a major batting collapse after the 11th over and never recovered from the same. They lost the match by ten runs.

The pitch was expected to provide a lot of help to the spinners. But, that didn’t happen as the batters have managed to pile up a huge amount of runs on this pitch.

Faf du Plessis has made 261 runs in nine matches at an average of 37.28 and a strike rate of 137.36. He has made one century and one half-century in the tournament.

CCH vs COV Must Picks for Dream11 Fantasy Cricket 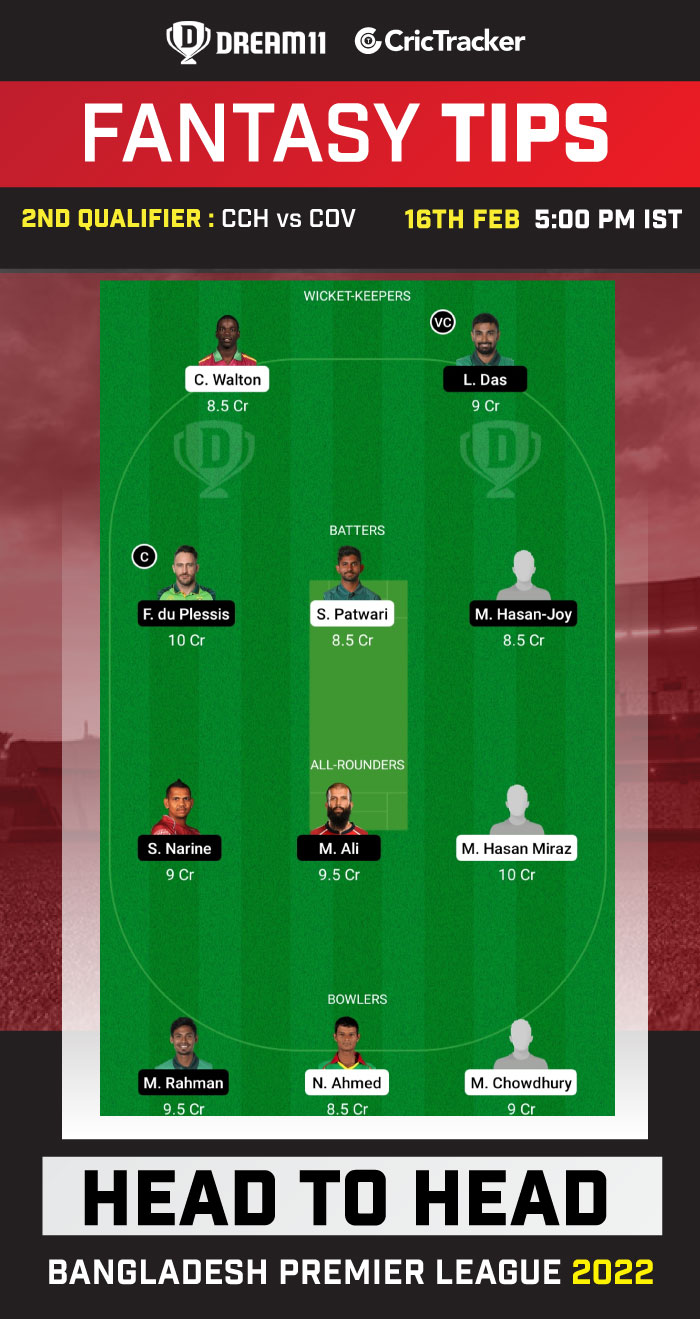 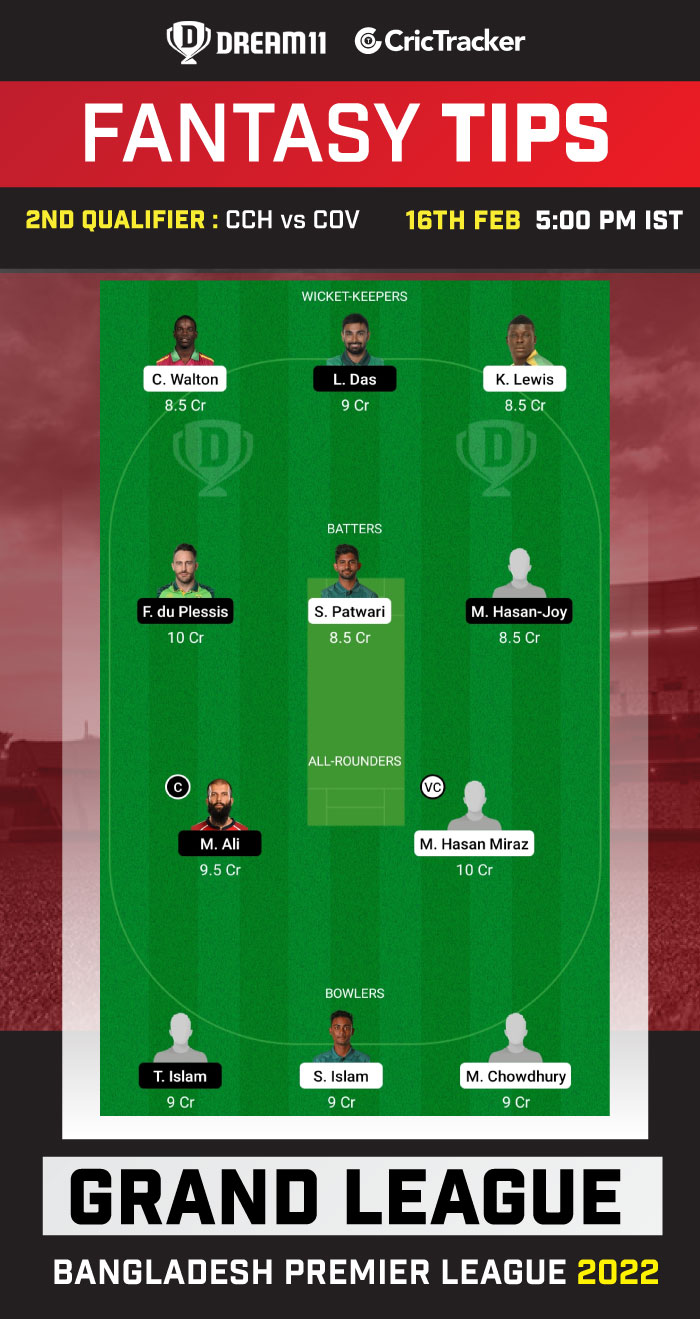 Shamim Hossain has made 164 runs in nine games at an average of 18.22 and a strike rate of 117.98. He has managed to cross the 30-runs mark only once in the tournament and hence, might be a risky candidate for the position of captain of your fantasy team.

Sunil Narine has made 45 runs in six games at a strike rate of 109.75 and has managed to pick two wickets. You can take a risk of picking him as the captain of your fantasy team.

Akbar Ali has played five matches in the tournament and has made only 23 runs. You can avoid him in your fantasy team.