After suffering a defeat in the first qualifier, the Victorians bounced back and defeated Chattogram Challengers in the second qualifier by seven wickets. Sunil Narine opened the innings for the Victorians and scored 57 runs off just 16 balls. His innings helped the team reach the target of 149 runs in just 12.5 overs.

The pitch has provided maximum support to the batters in the tournament and huge totals have been put on the board. The pitch is expected to behave in the same manner in the last match of the tournament.

Munim Shahriar has made 178 runs in five matches at an average of 35.60 and a strike rate of 161.81. He has the highest average among the players who have scored over 150 runs in the tournament.

FBA vs COV Must Picks for Dream11 Fantasy Cricket: 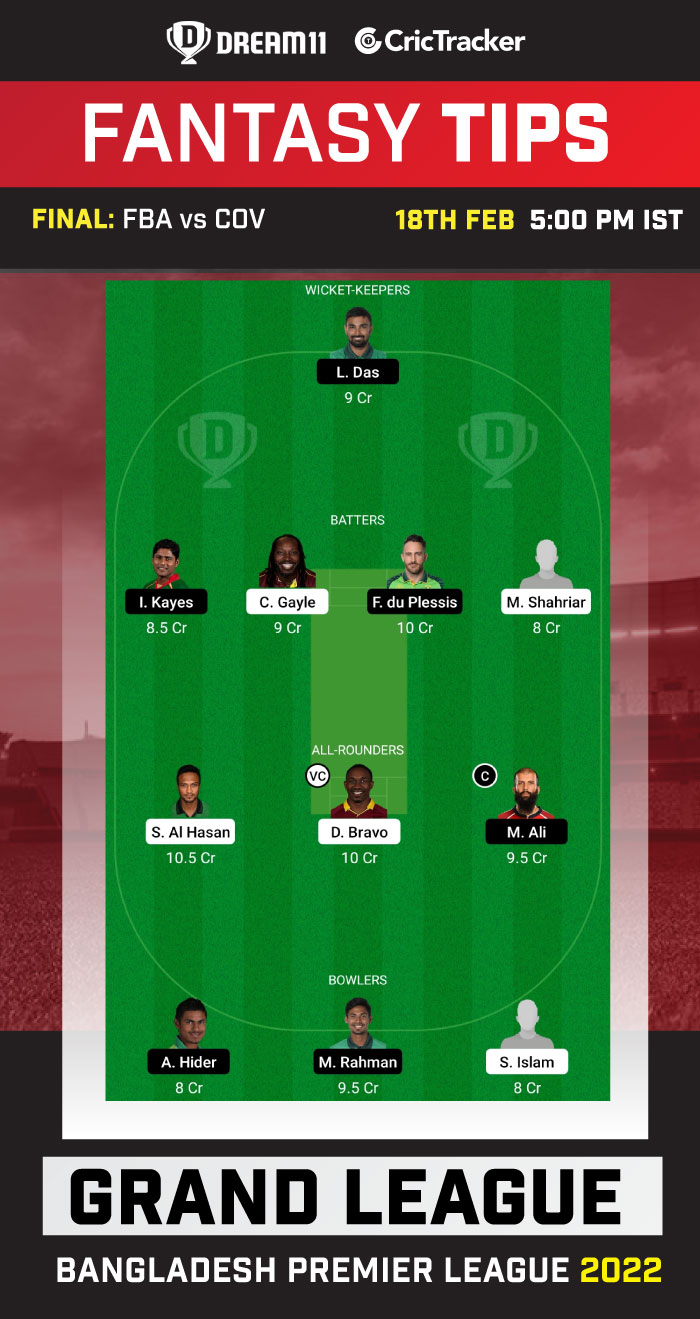 Nurul Hasan has played nine games and has managed to score only 52 runs. It would be a huge risk to pick him as the captain of your fantasy cricket team.

Shafiqul Islam has taken eight wickets in seven matches at an average of 23.12, an economy of 8.04, and a strike rate of 17.2. He might be a risky choice for the captaincy position in your team.

Towhid Hridoy has made 127 runs in ten matches at an average of 15.87 and a strike rate of 97.69. His average and strike rate indicates that he has struggled to score runs. He has scored over 30 runs in a single game in the tournament. It would be better to ignore him while picking your fantasy team.