Sylhet Sunrisers are likely to win this match.

Khulna Tigers and Sylhet Sunrisers are going to play the 17th match of the Bangladesh Premier League on February 3. It will be the sixth game of the season for the Tigers. They have won two out of the first five games and have lost their last two matches.

The Sunrisers have won only one out of four matches and are placed in the last position in the points table. They have lost their last two matches and the only win came against Minister Group Dhaka on January 25.

The bowlers had proper support from the pitch during the initial few matches. Lately, the batters have found it easy to score runs and we have witnessed several high-scoring encounters. However, spinners do get massive support during the second innings.

Andre Fletcher has made 135 runs in five matches at an average of 33.75 and a strike rate of 125. He has hit one half-century in the tournament.

KHT vs SYL Must Picks for Dream11 Fantasy Cricket 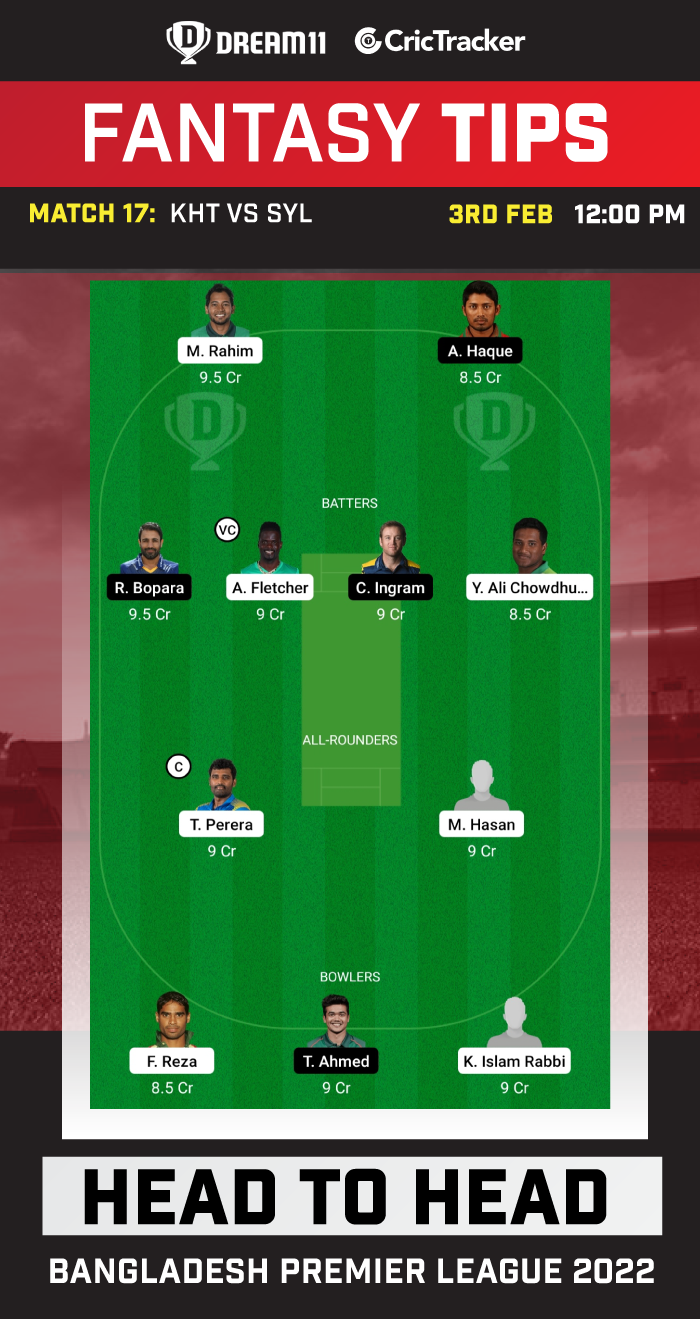 Sylhet Sunrisers are likely to win this match.