Mustafizur Rahman is the leading wicket-taker in the tournament.

Khulna Tigers and Comilla Victorians will face each other in the 27th match of the Bangladesh Premier League 2022 on Friday. Both the teams are equally in the race to qualify for the playoffs and a win here would only increase their chances. Khulna Tigers have won four out of the eight games and are placed in the fourth position in the points table. They lost their last match against Minister Group Dhaka by five wickets.

Comilla Victorians are in a far better position than the Tigers. They have won five out of the eight games and lost two. One of their games ended in a no result due to rain. They are placed in the second position with 11 points across their name. The Victorians defeated Sylhet Sunrisers in their last match by four wickets after chasing down a target of 170 runs in 19.5 overs.

The tournament will return to the Shere Bangla National Stadium after a week. The last two matches here ended in a no result due to rain. The pitch is known to provide maximum support to the spinners which was visible during the matches that were played here. The spinners are likely to get the same assistance and the batters might have to do a lot of work.

Also Read: Syed Kirmani on Wriddhiman Saha reportedly being dropped from Test side

Andre Fletcher has made 213 runs in eight games at an average of 35.5 and a strike rate of 126.78. He has made two half-centuries in the tournament.

Mustafizur Rahman is the leading wicket-taker in the tournament with 15 wickets in seven games at an average of 11.26, an economy of 6.62, and a strike rate of 10.2.

Mahmudul Hasan Joy has made 165 runs in six games at an average of 33 and a strike rate of 132. He is the leading run-scorer for the Comilla Victorians team.

KHT vs COV Must Picks for Dream11 Fantasy Cricket 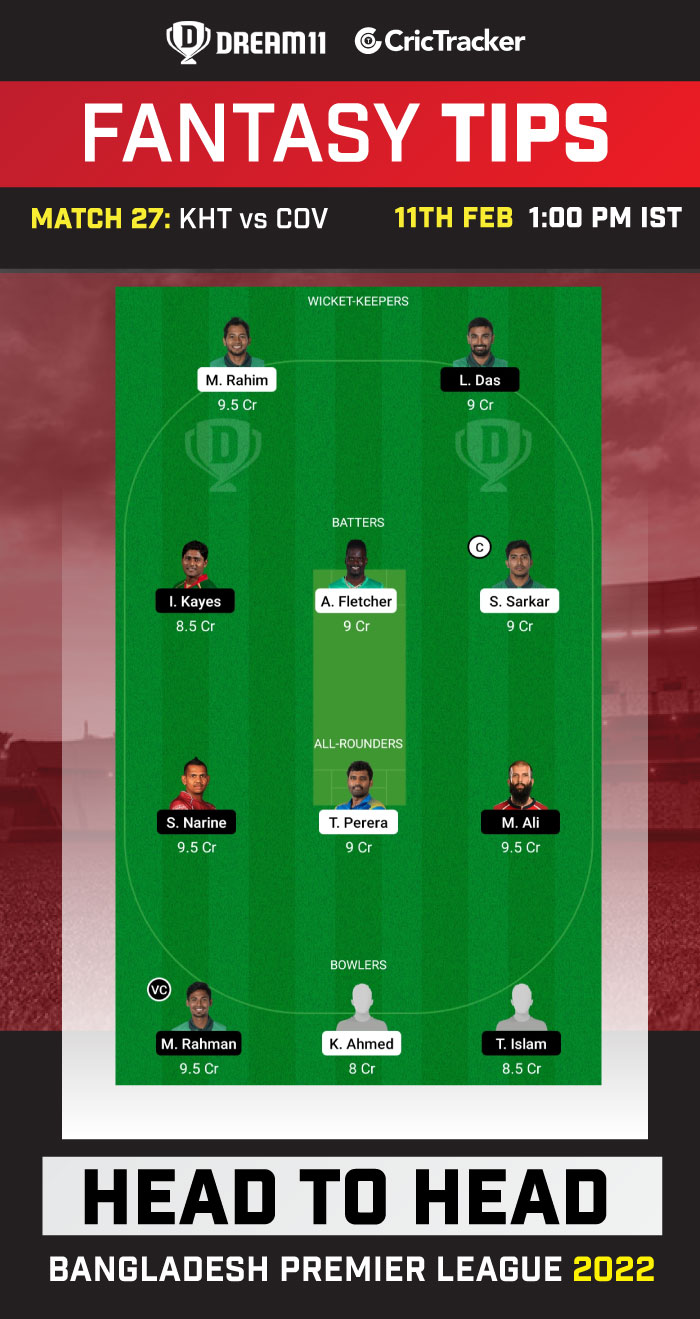 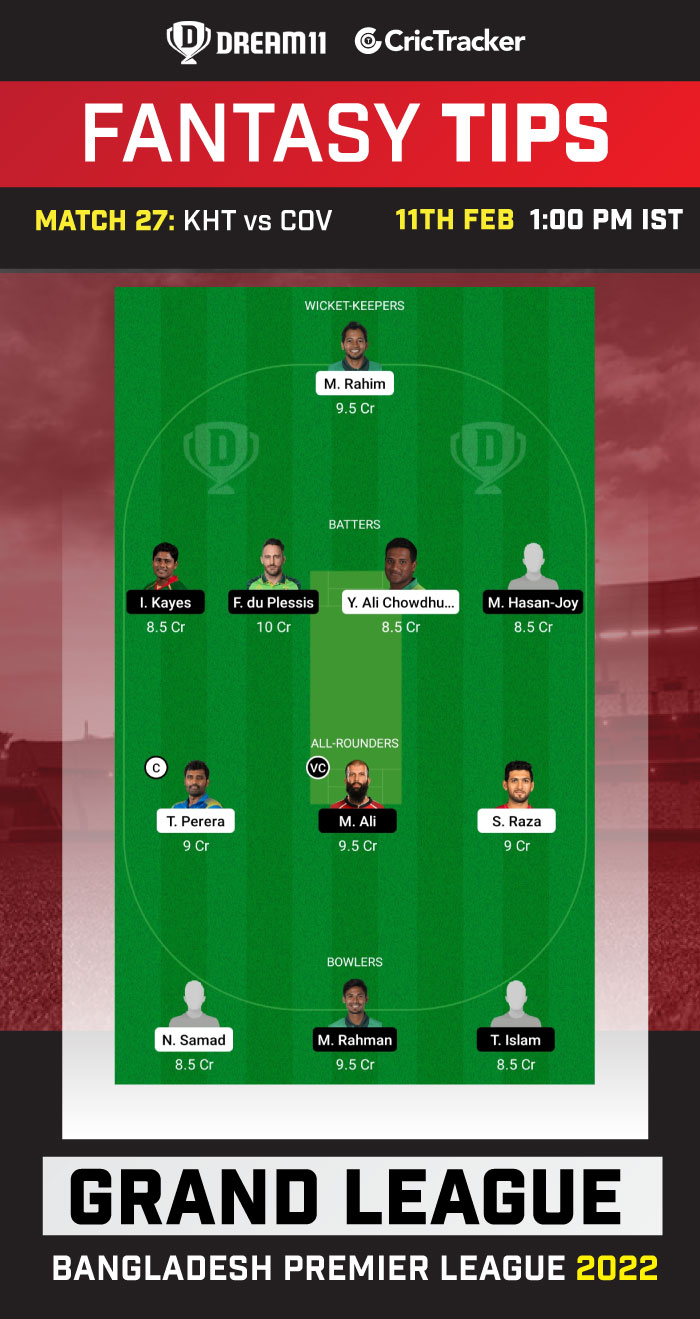 Yasir Ali Chowdhury has made 156 runs in eight games at an average of 31.2 and a strike rate of 136.84. But, he has been highly inconsistent in the tournament and has not been able to reach over 25 runs in six of his innings. He is a risky pick for the captaincy position in your fantasy team.

Sikandar Raza has played in three matches and has scored 86 runs at a strike rate of 138.70. There are plenty of other players in both the lineups who have scored more runs than Raza. You can take a risk and pick him as the captain of your fantasy team.

Nahidul Islam picked eight wickets in the first three matches for the Victorians. But, he has managed to pick a sole wicket in the last four games. There are other consistent bowlers in the team whom you should consider for your fantasy team and avoid.