Pick the most number of all-rounders in one of your fantasy teams.

The inaugural edition of the Baroda T20 Challenge will kick start from January 6th and the finals will be played on January 22nd. Warriors, Fighter, Titans, Challenger, Gladiators, and Stallions, are the six teams who will be featuring in this tournament. Alembic Ground, Vadodara will host all the 33 matches of this competition. It’s a round-robin format where the teams play against each other twice in the league stages followed by Semi-Finals and Finals.

Warriors will go one-on-one against Fighter in the opening game of the tournament. Both teams have got talented young cricketers in their line-up and an excellent opportunity for them to exhibit their talent.

Not enough information is available about this venue. Having said that we can expect an evenly poised surface for this match. Since it’s the first match of the tournament and the players doesn’t how to it behaves, bowling first is a good option.

Mit Mangukiya is categorized under batter’s slot and he has been picked by 93.49 % of the users at the time of writing. You can also pick him at 9.5 credits.

Paramveer Ghelani is a capable all-rounder. He has picked up 94.37% of the Dream11 users at the time of writing this piece.

17-year-old Priyanshu Bhoite is an upcoming young prospect. He has picked up 94.21 % of the users at the time of writing and he is worth a pick at 9 credits.

21-year-old Rudra Vaidya is a genuine all-rounder who has got all the ability to become a match-winner for his side. He is a good pick at 9.5 credits. 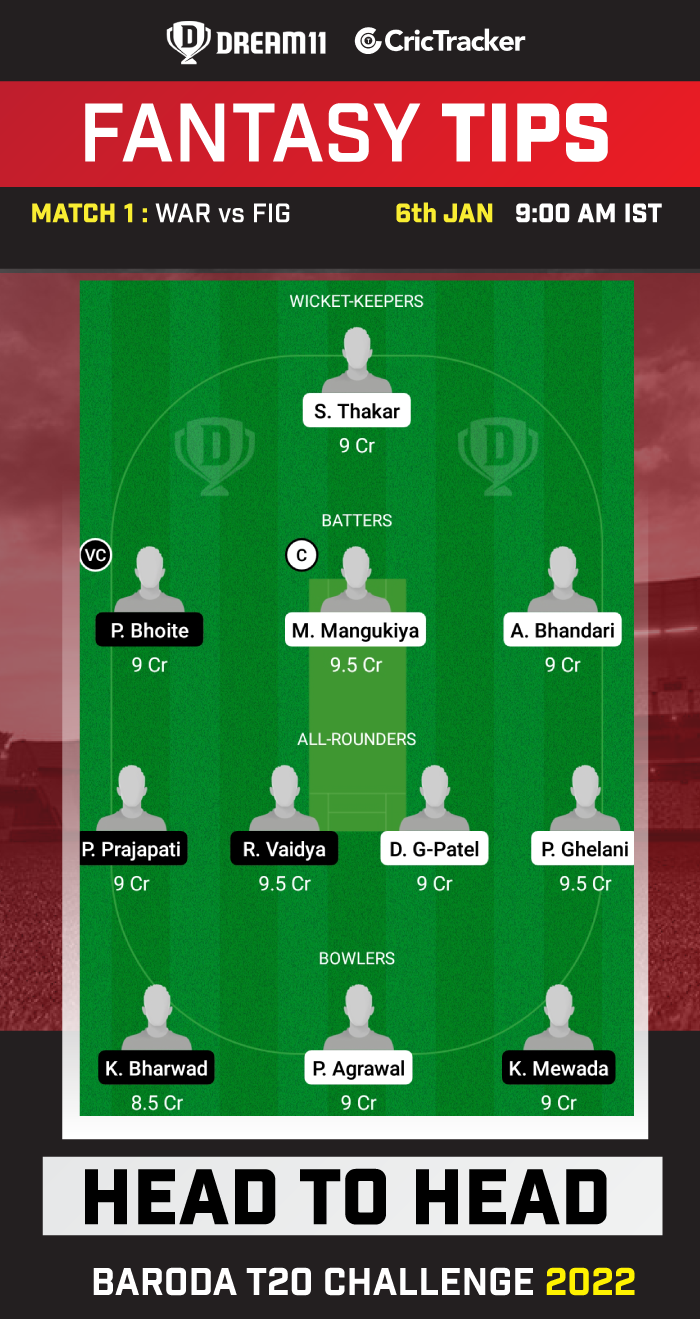 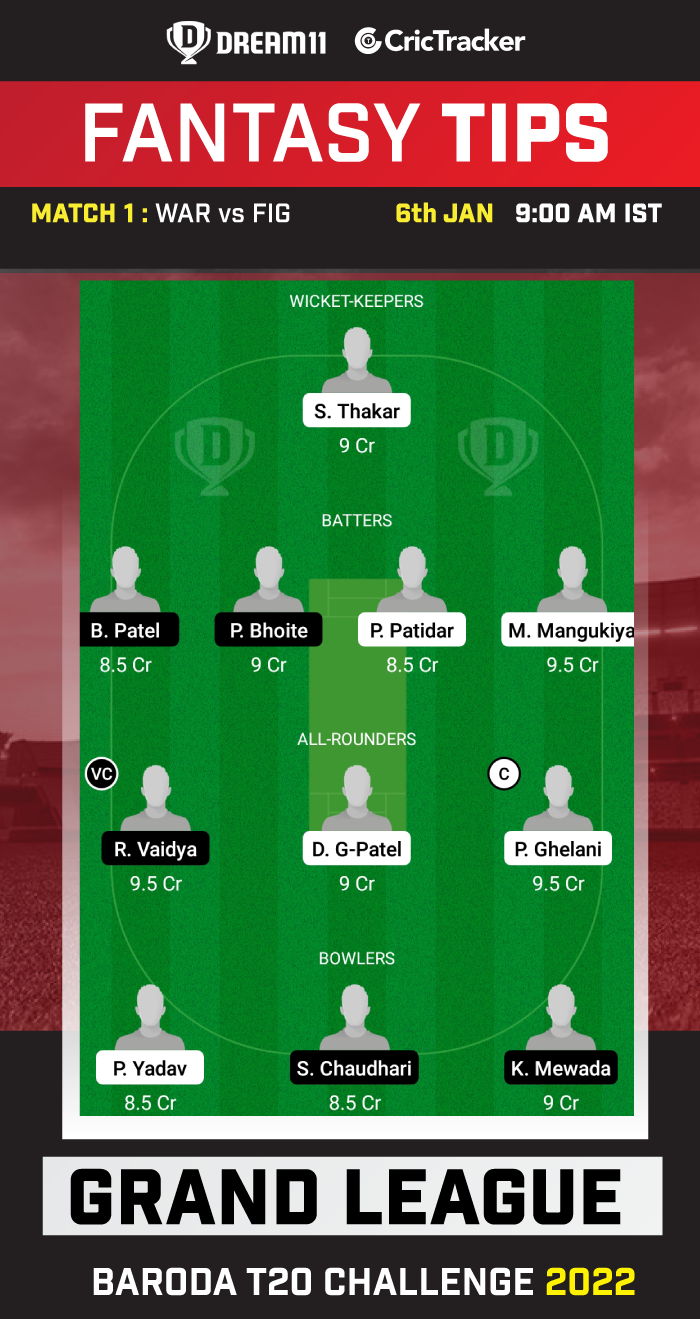