Stallions and Challengers will feature in the 10th match of the Baroda T20 Challenge 2022. The Stallions have got the start that the team would have hoped. They lost the first two matches against Titan and Gladiators. Stallions’ only win came against Warriors in the last game as they won by 28 runs after making 153 runs in while batting first. Rohit Thakur who opened the innings made 76 runs off 41 deliveries and won the player of the match award.

It will be the third match of the tournament for Challengers. They have won and lost one game each. Challengers won their last game against Warriors by 24 runs after posting a total of 179 runs for the loss of four wickets. Dhruv N Patel made 80 runs off 55 balls and was the player of the match.

The pitch has supported bowlers in the initial few matches and the teams have reached over 150 runs only thrice. Batting in the second half is way tougher than the first innings as four of the first seven matches were won by the team batting first.

Rohit Thakur is the leading run-scorer for Stallions. He has made 101 runs at an average of 33.67. His innings of 76 runs in the last match against Warriors tilted the result of the match in favour of Stallions.

Milan Mistry has been playing really well as the lead bowler for the Stallions. He has taken five wickets in three matches at an average of 12.2.

Dhruv N Patel has made 95 runs for Challenger in the two matches at an average of 47.5. He won the player of the match award for scoring a half-century in the last match.

Yashwardhan Singh is the leading wicket-taker for Challenger. He has taken four wickets in two matches at an average of 11.25.

STA vs CHA Must Picks for Dream11 Fantasy Cricket: 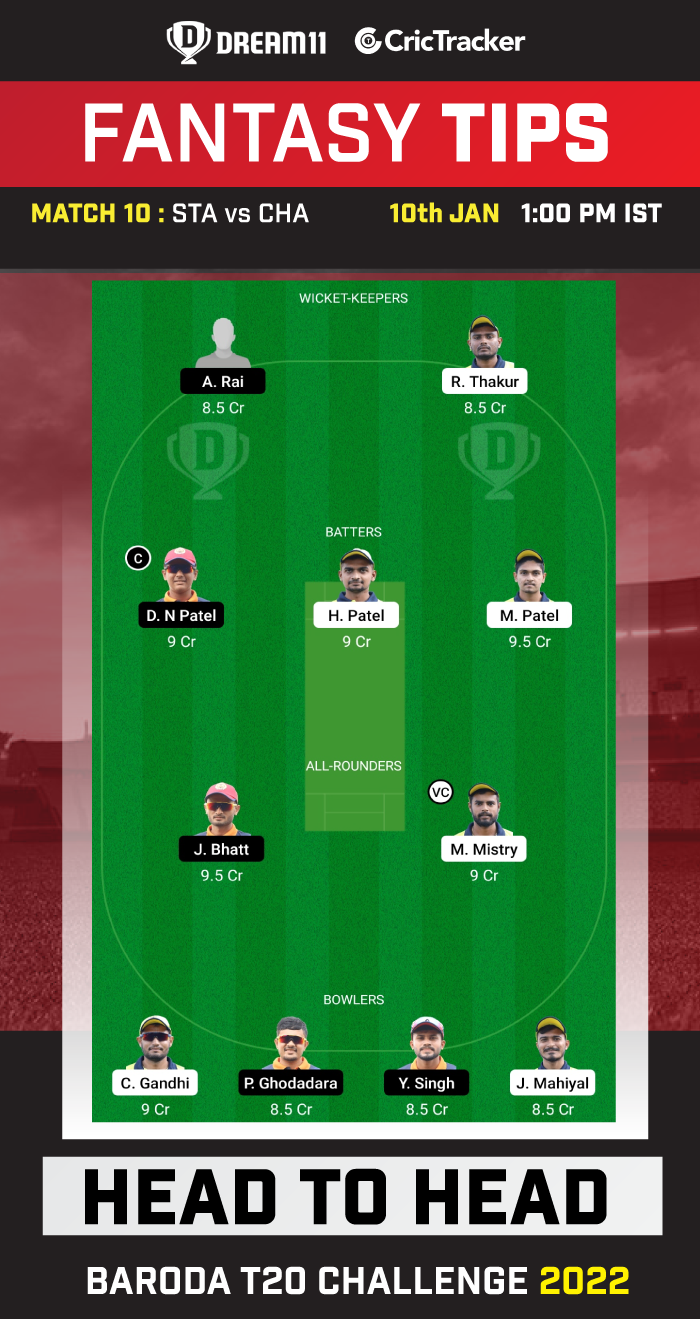 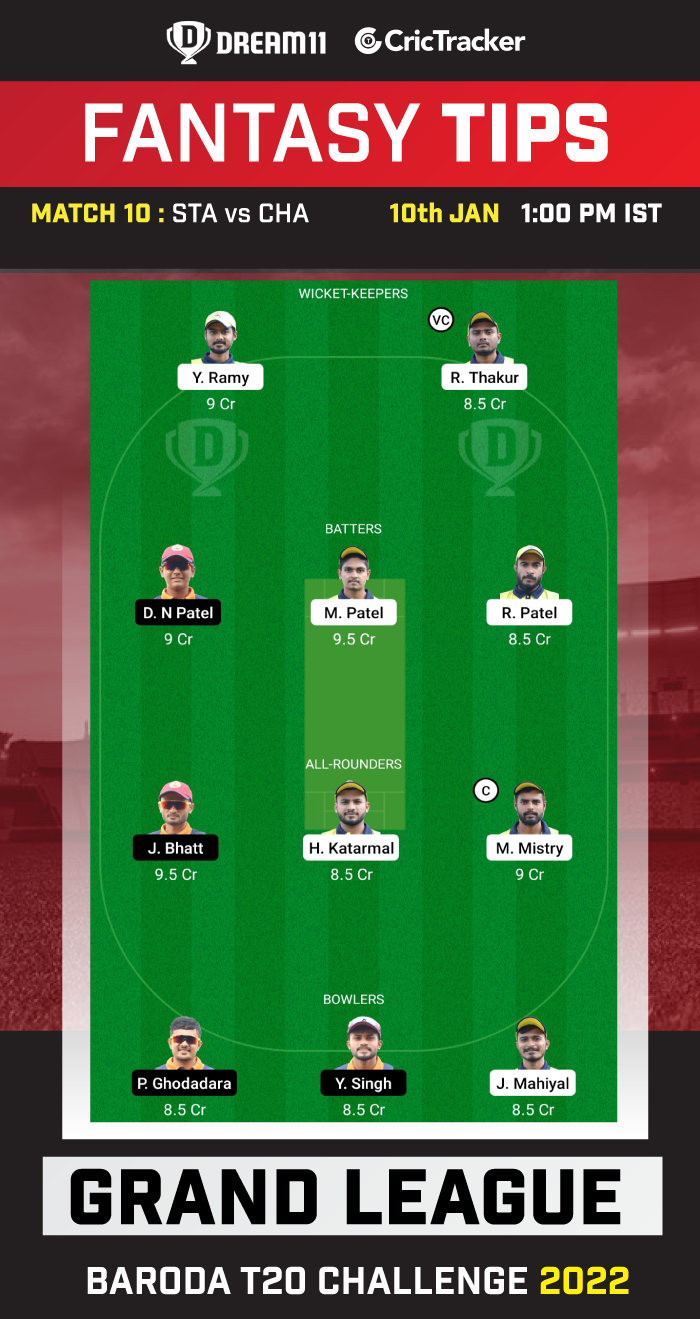