Titans are the favourites to win this match.

Warriors will square off with Titans in the 11th match of the Baroda T20 Challenge 2022. Warriors won their opening match against Fighter but failed to continue the trend. They lost back-to-back games against Challenger and Stallions by 24 and 28 runs. They will be looking to bounce back in this match and bag some crucial points in the league.

On the other hand, Titans got a fabulous start to their tournament campaign, as they won their first three games they played against Challenger, Stallions and Fighter. However, the Titans lost their previous battle against Gladiators by a margin of 35 runs. Both the teams have to give more emphasis on their batting if they want to go far in this competition.

Parikshit Patidar played a captain’s innings in the previous match against Stallions. He remained unbeaten on 43 runs from 37 balls but didn’t get enough support from the other end while chasing the target of 154 runs.

Pahal Agrawal has done the job with the ball. He has been a little bit expensive, conceding 36 runs while picking up 3 wickets for his team.

The skipper of Titans, Sukrit Pandey is a must-have player in your fantasy teams. After featuring in 4 matches, he has scored 126 runs and bagged 9 wickets in this tournament so far.

Sanjay Vishwakarma has provided the start that his side expected from him. He scored 41 off 28 balls which comprised 4 fours and 2 sixes. 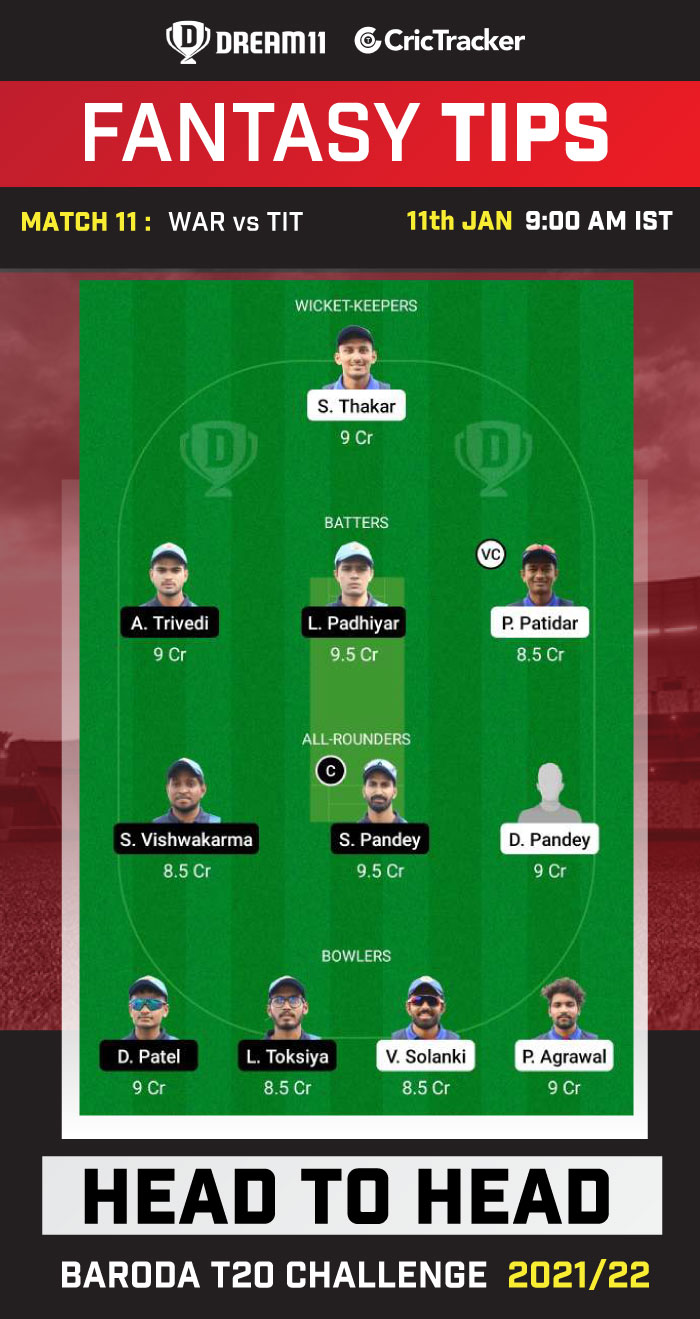 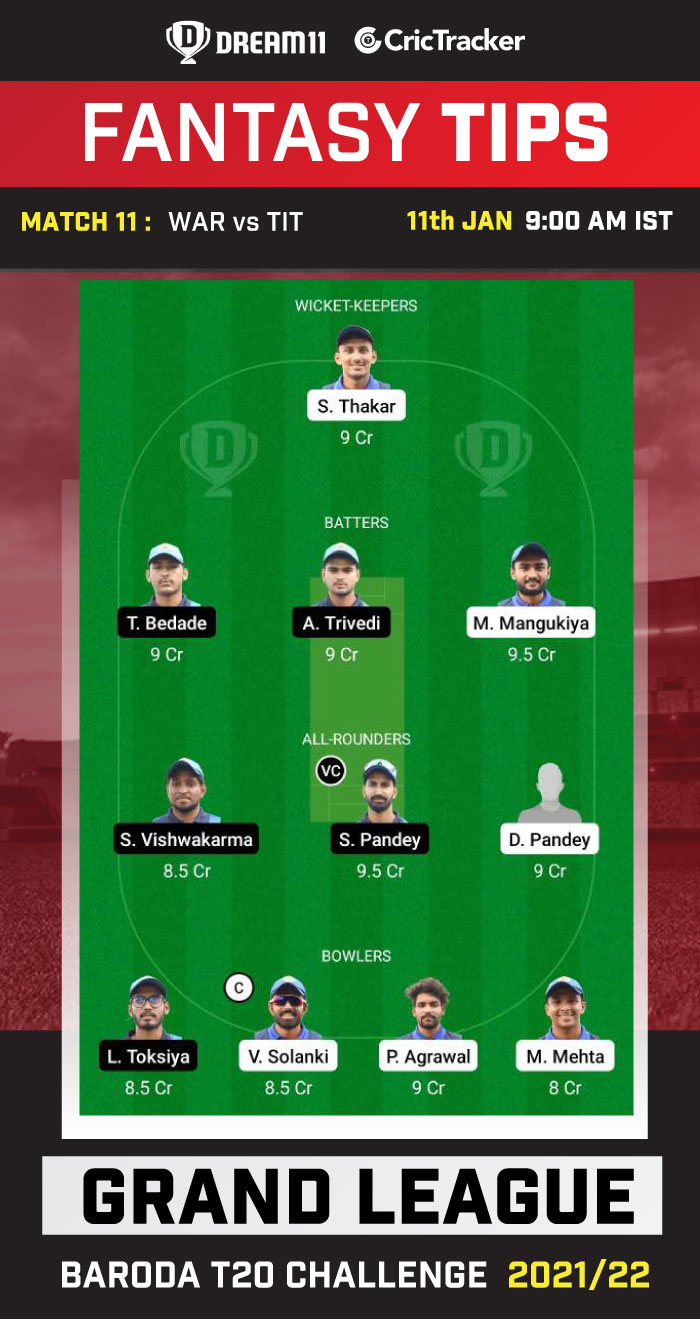