Challengers are expected to win this match.

Warriors and Challengers are going to play the 19th match of the Baroda T20 Challenge 2022 on January 15. Warriors have lost the last five games in the tournament and have won only a single game. The team is currently placed in the last position in the points table. Their last match was against Titans, which they lost by 15 runs.

Titans made 179 runs for the loss of five wickets while batting first thanks to Sukrit Pandey who scored 84 runs. In reply, the Warriors could make only 164 runs, and only one player could score over 52 runs. The batting and the bowling have been equally disappointing for the team throughout the season.

Challengers have not had a great campaign either. The team won only two of the first five games. In the last match against Titans, the batters failed to do their designated task. The team could post only 110 runs on the board. Opener Dhruv N Patel was the lone warrior as he made 50 runs off 51 balls, and only four other batters could make a double-digit score.

Initially, the pitch had huge support for the bowlers, and it was the reason teams could not score a healthy amount of runs while batting. But, the scenario has changed in the last couple of days, and batters have found it easy to score runs.

Parikshit Patidar has made 136 runs in six matches at an average of 27.2 and a strike rate of 114.29. He has also picked two wickets for his team.

Pradeep Yadav has played the role of an all-rounder pretty well for the Warriors. He has taken three wickets in four matches at an economy of six. He has made 61 runs at a strike rate of 122.

WAR vs CHA Must Picks for Dream11 Fantasy Cricket: 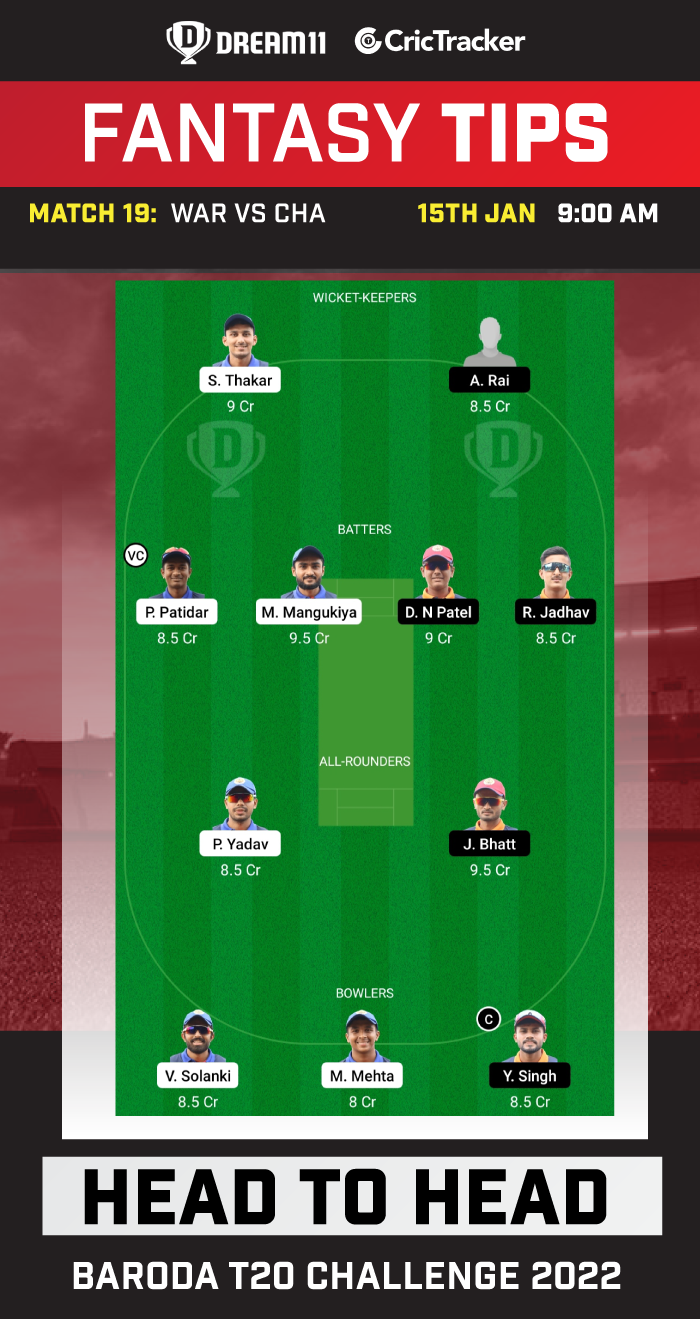 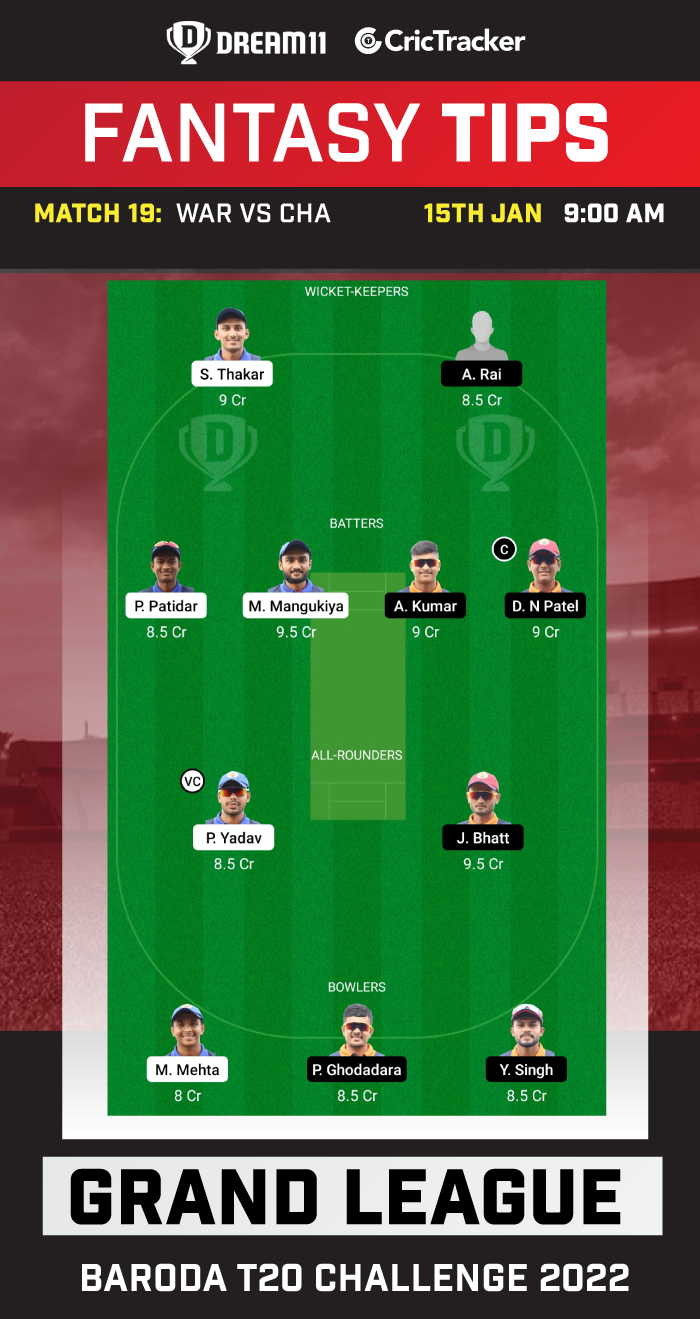 Challengers are expected to win this match.