Mit Mangukiya batted well in the opening game and he is a good captaincy pick for your fantasy teams.

Warriors will square off with Challenger in the 4th match of the Baroda T20 Challenge. Warriors are off to a flying start into this tournament, they beat Fighter by 19 runs and got themselves 2 crucial points on the table. Batting first they put up 129 runs on the board and later bowlers did a great job to defend the total. Mit Mangukiya and Vishal Solanki were the top performers for them.

Challenger on the other hand didn’t start well as they were beaten by Titans by 5 wickets. They bowled out inside 19 overs for just 97 runs, thereafter they did well to take the game until the 20th over and eventually lost the match in the end by 5 wickets. They need to strengthen their batting in order to beat the Warriors.

The bowlers have completely dominated the opening day of the tournament. The ball is holding on to the surface which is challenging for the batters to score more than 7 runs an over. Batting first is a good option here.

Mit Mangukiya played a superb knock under tough conditions in the opening game against Fighter. Including 5 fours and a six, he scored 48 runs at a strike rate of 109.09.

Vishal Solanki bowled remarkably well against Fighter. He picked up 4 wickets at an economy of 5.75 in his full quota of 4 overs.

Yatharth Gunchala scored the most runs for Challenger in the losing cause against Titans. He scored 23 runs from 20 balls which included 3 fours.

Pratik Salunke got the required start he wanted against Titans, however, didn’t capitalize and got out for 20 runs. He can roll his arms whenever needed.

WAR vs CHA Must Picks for Dream11 Fantasy Cricket: 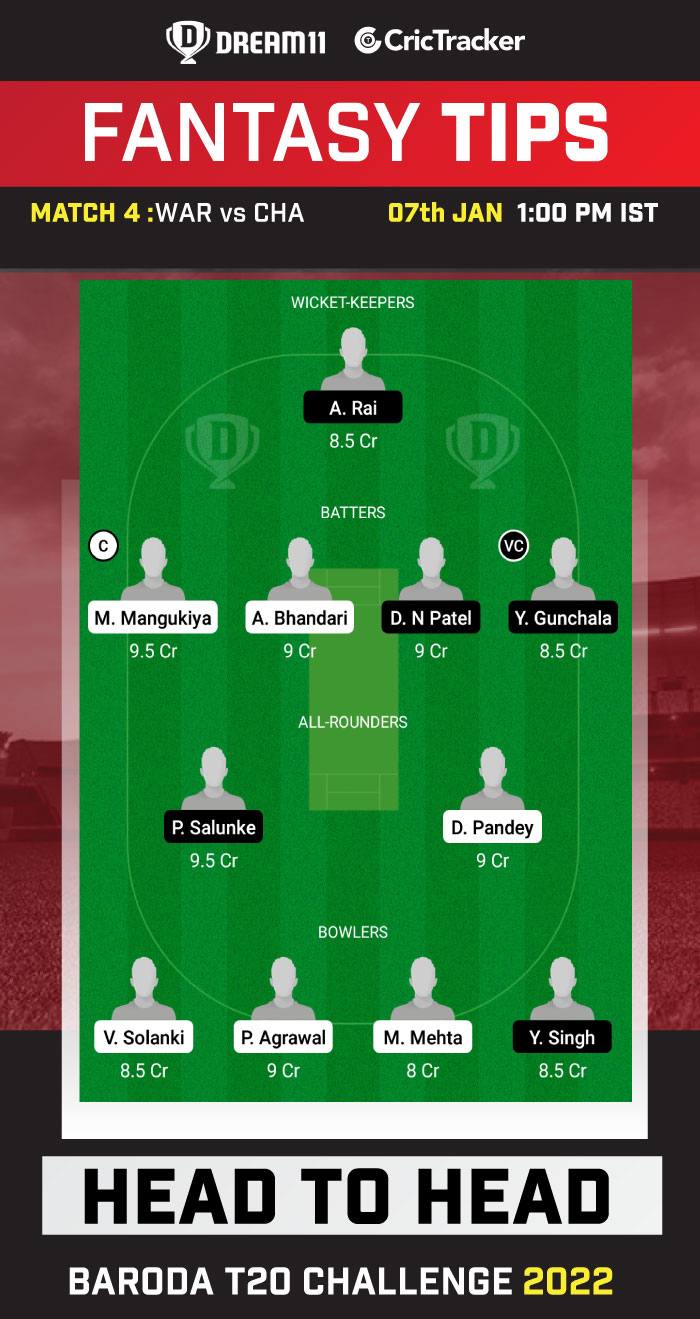 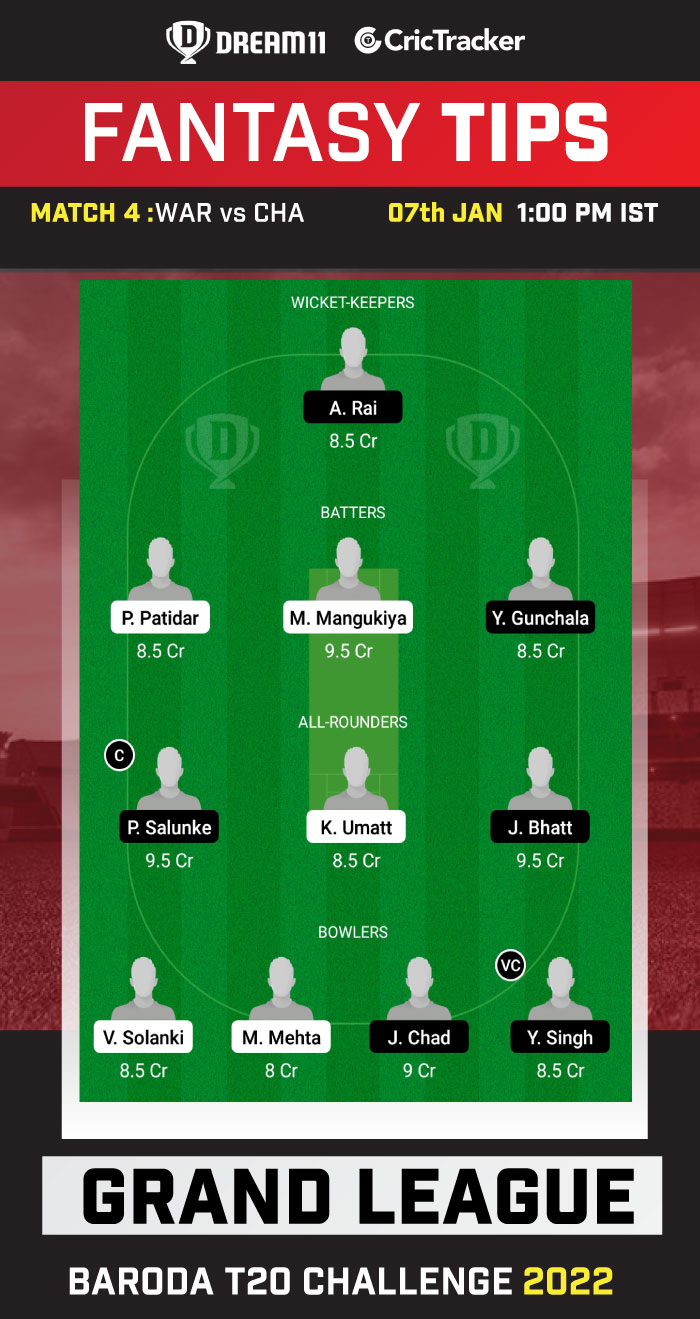