Stallions need to work extremely hard to secure a win against the Warriors.

Warriors will face Stallions in the 7th match of the Baroda T20 Challenge 2022 on Sunday. Having won their first game against Fighter by 19 runs, the Warriors failed to keep the same momentum as they lost to Challenger in their next game by 24 runs. They conceded way too many runs which cost them immensely. They still have opportunities to make a comeback.

Stallions, on the other hand, were below par in their first two matches as they lost to Gladiators and Titans by 7 wickets and 3 wickets respectively. Both sides have already faced failures early on in the tournament and it’s a perfect chance for them to get 2 points.

Out of the 6 matches played so far in this tournament, the teams have surpassed the 150-run mark only twice, which gives a clear indication that bowlers have dominated the first 3 days of the competition.

Mit Mangukiya is the best batter at the top of the order for Warriors, he has managed to score 52 runs in the first two matches of the tournament. We can expect more runs from him in this match.

We saw some top-notch bowling display from Vishal Solanki in the first two matches where he bagged 6 wickets with the best figures of 4 for 23.

Milan Mistry is a savior for Stallions when it comes to batting and also with the ball. In 2 matches in this tournament, he has scored 37 runs and picked up 3 wickets.

Malav Patel is getting better from match to match. In the first two games he scored 42 runs with the highest score of 23, he still has plenty of potentials to score big runs.

WAR vs STA Must Picks for Dream11 Fantasy Cricket: 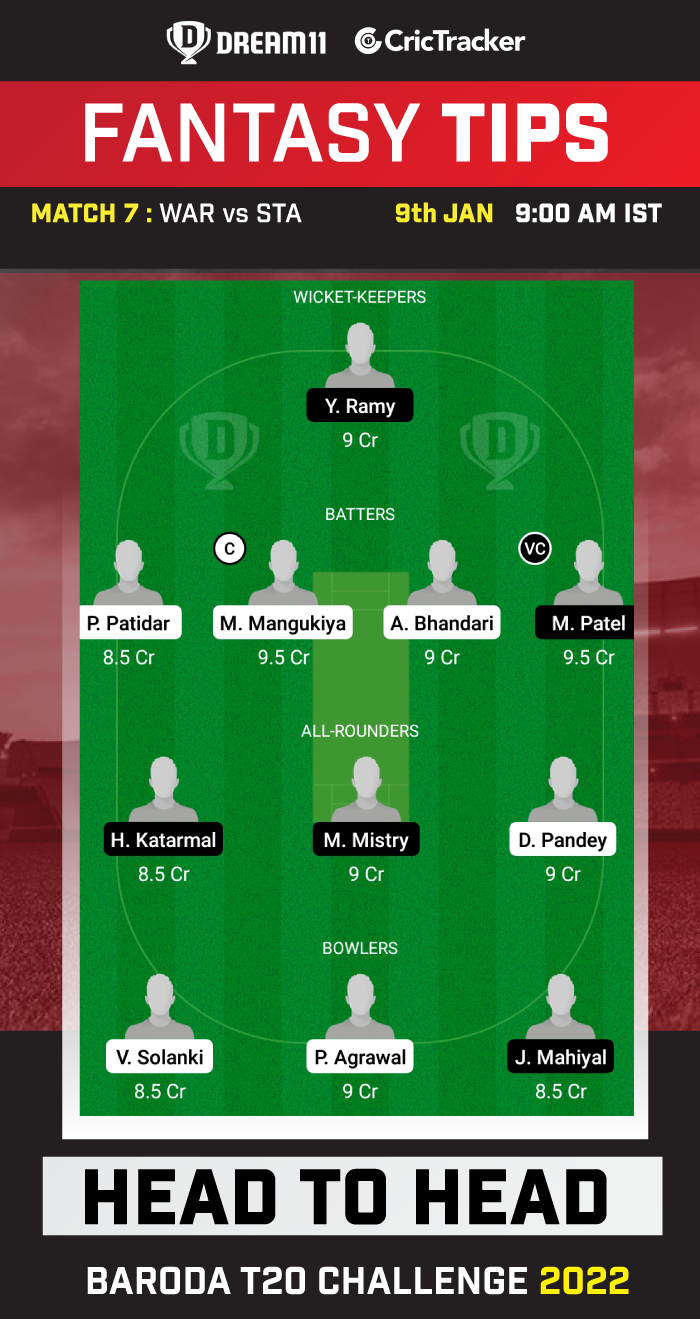 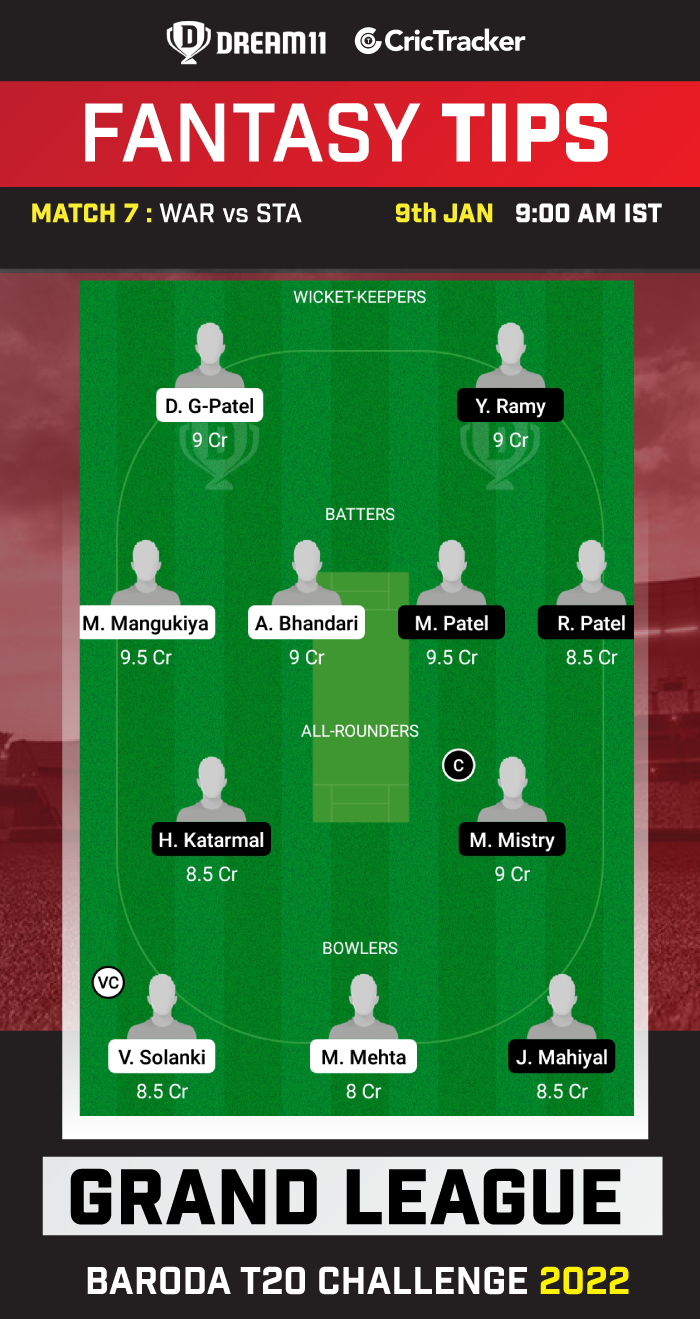