Titans and Gladiators will be locking horns in the ninth match of the Baroda T20 Challenge 2022. Both of them are the only teams in the tournament that have not lost a single match. Titans defeated Fighter in its last match which was played on Sunday. They scored 155 runs while batting first with the help of Sukrit Pandey’s 48 runs off 31 balls. In reply, Fighter could make only 94 runs and lost the match by 61 runs.

Gladiators are placed in the second position in the points table with two wins in two matches. Their last match against Fighter was a low-scoring encounter as the Gladiators could make only 118 runs before getting all-out. In reply, the Fighters could make only 114 runs for the loss of eight wickets and lost the match by a mere margin of four runs.

The batters have struggled to score runs at this venue and the bowlers have dominated in almost all the matches. The teams have managed to cross the 150-runs mark only thrice in the first eight games. Hence, anything above 150 can be called an above-par score and the team batting first might have a slightly better chance to win this game.

Kinit Patel has made 62 runs in two matches at a strike rate of 124. He has also taken one wicket in the tournament.

Malhar Ghevaria is the leading wicket-taker for Gladiators with four wickets in two matches at an average of 9.75, an economy of 4.88, and a strike rate of 12.

TIT vs GLA Must Picks for Dream11 Fantasy Cricket: 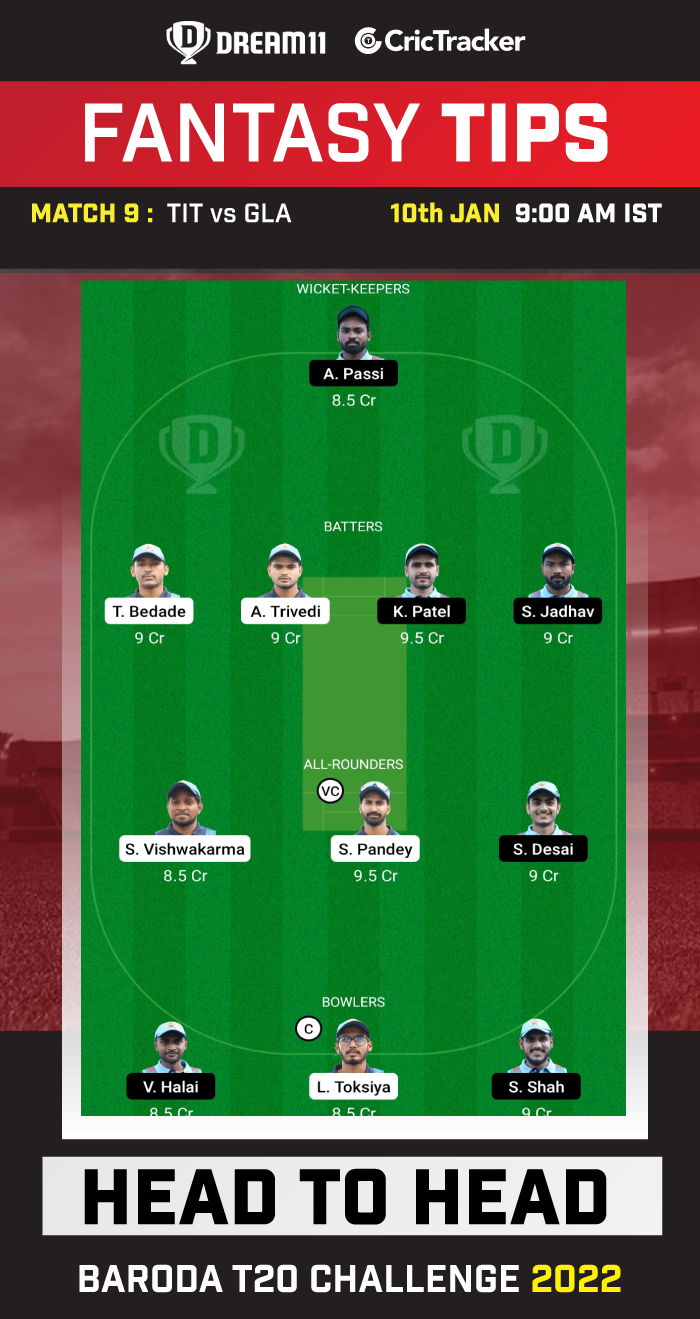 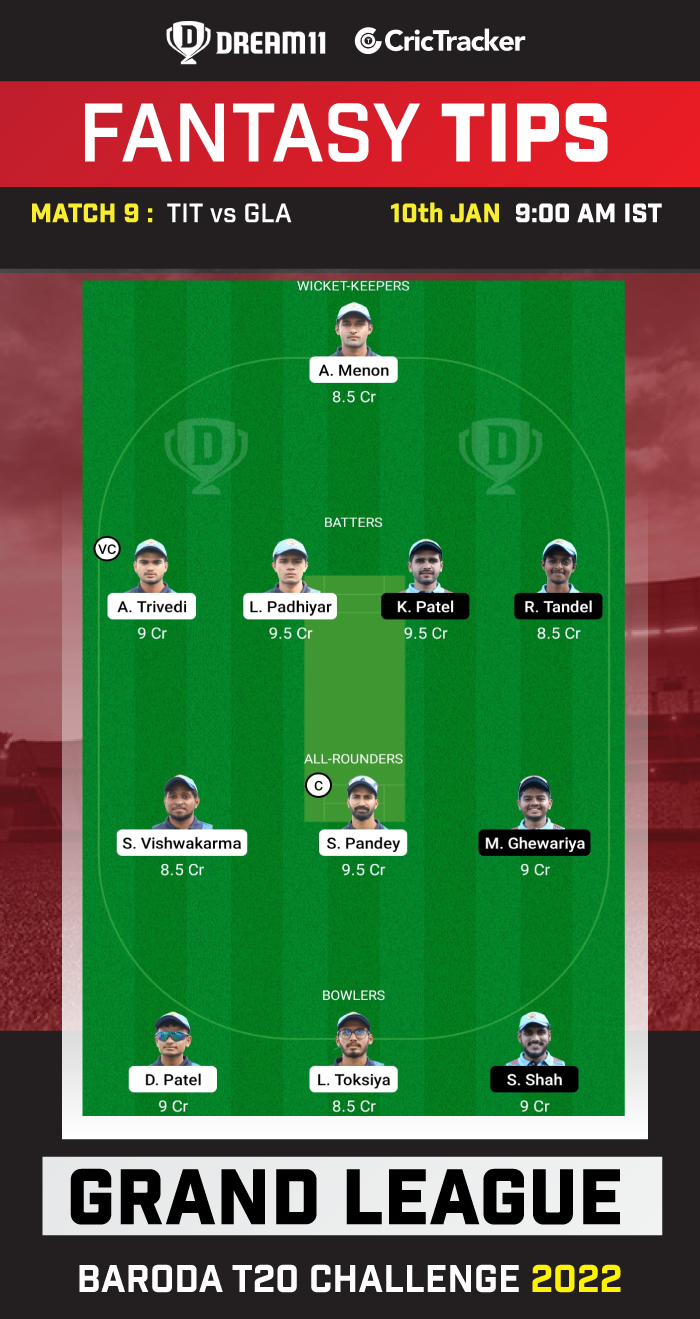